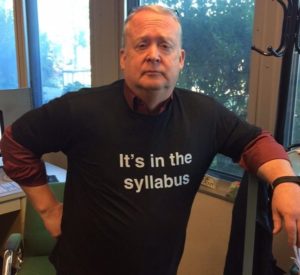 Washington state voters will whittle down a busload of candidates for statewide and legislative elections beginning this month, and this process will look different from many other states due to Washington’s top-two primary. In this system, the top two candidates by vote move on to the general election, regardless of party. Unpopular with parties, the system is nonetheless very popular with voters, and has been upheld by the courts. Moreover, anyone in the state who tells you they’re a “registered Republican (or Democrat)” is either lying or confused: voters in Washington state do not register by party. Either way, the state’s voters face a very interesting election season.

The top two primary evolved out of some longstanding tradition in Washington state’s elections. In 1934, voters approved a blanket primary, in which voters could cross over from one party to another on the same ballot – a Republican in one race, a Democrat in the next. The top Republican, the top Democrat and any independent candidates who got more than 1% of the vote advanced to the general election.

The parties didn’t like the blanket primary. They argued that voters from the other party could “cross over” and nominate someone who was less electable in the general election—though there isn’t much evidence that this has ever happened. Moreover, parties would prefer that all voters have to register to vote by party (the norm in many states), meaning only real Republicans or definite Democrats could choose the party’s nominee.

California adopted a blanket primary in 1996; California parties sued and the US Supreme Court ruled in 2004 that it violated the US Constitution’s right of free association, forcing the parties to represent candidates with whom they had no real association. Washington state’s parties, despite Washington voters’ overwhelming preference for the blanket primary, said they would challenge Washington’s blanket primary as well. They did, and eventually the courts also threw it out.

This year Washington voters will sort through 706 candidates who have filed for 347 offices. In a number of seats, incumbents are unopposed, but in others a scorecard wouldn’t help you keep track of who’s who on the ballot.

For several years thereafter, Washington voters and the legislature attempted to restore a version of the blanket primary, this time in the form of the top-two system. The governor vetoed one law and the courts threw out another. For a while, Washington had a “Montana-style” or “pick-a-party” primary, wherein, on election day, voters chose whether they would vote in the Republican or the Democrat primary for that election.

Then in 2007, the US Supreme Court ruled that we could in fact have a top-two primary. The Washington State Grange, sponsors of the original 1934 measure, pushed through an initiative for the top-two primary, which the US Supreme Court found constitutional in 2008. The system, they said, had to make clear that whoever was on the ballot wasn’t necessarily endorsed by a particular party. Consequently, primary election candidates list “prefers Democratic Party” or “prefers Republican Party” in the state voters’ pamphlet. The candidates sometimes get a bit creative with their party identification, including “independent Republican,” “Trump Republican,” and the not uncommon “GOP Party.” GOP stands for Grand Old Party, a post-Civil War nickname for the Republicans. So, such candidates are saying they prefer the Grand Old Party Party.

Washington’s major political parties still don’t like this system, despite the fact that 76% of Washington voters continue to favor the top-two system. Parties say it robs voters of choice, because in some districts there may not be a Republican or a Democrat on the November ballot for a particular seat. While that is sometimes true, in those districts, in the past, the choice may not have been meaningful – voters could choose between the candidate from the dominant party in that district or the underfunded candidate from the minority party who had no chance of winning. Despite worries that the top two primary could have some negative impact on the kinds of candidates seeking office, research shows that the type of primary appears to have little effect on who runs.

The parties’ final complaint, that candidates could run as Republicans or Democrats when they really aren’t, has always been true. However, it’s very hard on third parties, such as the Libertarians, who find it difficult to survive the primary vote and make it on the general election ballot. The only time you see a Libertarian on the general election ballot is when either a Republican or a Democrat didn’t file for the office.

This year Washington voters will sort through 706 candidates who have filed for 347 offices. In a number of seats, incumbents are unopposed, but in others a scorecard wouldn’t help you keep track of who’s who on the ballot. Normally, a candidate must put up a filing fee equal to 1% of the office’s first-year salary. Failing that, you can submit signatures of registered voters equal to that number. But with COVID-19 restrictions in place, plus the general fear of infection, Gov. Jay Inslee waived the signature requirement for filing. The result is 36 people running for governor, including Inslee. In a strongly Democratic state – Washington hasn’t sent a Republican to the governor’s mansion since 1980 – and in what’s expected to be a down year for Republicans in general, Inslee doesn’t appear to face any significant challengers. The two-term incumbent has raised six times more money than his closest competitor.

The interesting part of the election might be the race for lieutenant governor, which has 11 candidates, at least five of whom appear to be seriously campaigning and raising money. Usually this position is a political afterthought. The lieutenant governor has few real duties. She or he presides over the state Senate; fills in when the governor is away; and succeeds the governor if she or he leaves office. And that’s where this gets interesting: If Joe Biden is elected president, Inslee – who briefly ran for president and has been leading advocate for doing something about climate change – is assumed to be in the running for a cabinet post. So, whoever is the lieutenant governor will then become governor. This means, in effect, we have 47 people running for governor.

The other interesting wrinkle in Washington elections is the coronavirus. Washington state votes exclusively by mail via postage-paid envelopes, so turnout shouldn’t be affected (and this system has generally increased turnout). Coronavirus fears, however, are putting a damper on doorbelling — walking neighborhoods, knocking on doors and meeting voters face-to-face. This is the standard tactic for anyone serious about winning a state legislative seat, particularly in the state’s many urban/suburban districts. That may put more emphasis on fundraising and direct-mail campaigns as candidates seek to woo the voters. Many candidates are attempting to hold virtual events via online videoconferencing platforms such as Zoom.

So, this year, Washington primary voters will face long ballots with little opportunity to meet candidates face-to-face. Given how many are still stuck at home because of the virus, reading about the candidates might be a welcome diversion.

T.M. Sell is professor of political economy and head of the Journalism program at Highline College in Des Moines, Wash. He is past president of the Pacific Northwest Political Science Association, and author of An Introduction to Politics.