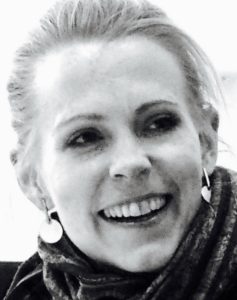 Democratic constitutions – the 15th, 19th, and 26th Amendments, in particular, in the United States – grant all citizens the right to take part in democratic processes. Exercising the right to participate in national and federal elections can take a lot of time and energy—time that one might want to spend elsewhere. You may even doubt that your engagement in democratic politics will actually make a difference to the overall result and therefore feel that it is more rational to pursue your private projects.

In fact, public choice theorist Anthony Downs (1957) argued that, from the perspective of egoistic, utility-maximizing actors, the wide-spread engagement of democratic citizens in voting is actually paradoxical. Citizens are investing far more resources in acquiring information, in making up their mind and in going to the ballot box than they can expect in terms of beneficial outcomes. If all citizens would act in accordance with Downs’ rationale, democratic nation states would obviously be in deep trouble. Why should individuals actively engage in democratic politics, and how we can do this – i.e. what means are available to citizens of contemporary democracies?

Taking Downs’s paradox of voting as a point of departure, we might wonder why participating in democratic decision-making was ever considered a good idea from the individual’s point of view. A classic answer to this question is: Voting is a form of expressing and exercising our individual freedom. Modern constitutional documents and philosophical works essentially conceptualize individual human beings as free and equal. At first sight, conceptualizing yourself as “free” seems to contradict with being subjected to any kind of state power: States may enforce their monopoly on power and punish your legal violations even by locking you up in jail. Democratic states solve this problem by including all affected citizens in making rules and laws. Therefore, democratic citizens are not only governed by laws, they are also (co-) creating them (Kant 1970, Habermas 1996, Kaufmann 1997). From this perspective, political participation – i.e. participating in making commonly binding laws – is nothing less than an exercise of your personal autonomy and freedom!

From this perspective, political participation – i.e. participating in making commonly binding laws – is nothing less than an exercise of your personal autonomy and freedom!

Moreover, democratic participation is not only about elections. It also includes a long chain of activities leading up to elections. For example, deliberative democrats – such as Jürgen Habermas (1996), John Dryzek (2002) or James Fishkin (2018) are deeply interested in the ways citizens’ individual preferences come about and change over time. Deliberative theorists place high value on non-hierarchical communicative exchanges and emphasize public opinion- and will-formation processes that precede elections or legal initiatives. According to this “bottom up-approach”, we form our opinions and attitudes and detect our preferences in informal everyday discussions with friends and family, in neighborhood engagement, by exchanges about fair working conditions over coffee, or in commenting on blog- and Facebook-posts. These preferences are then bundled in civil society organizations, political parties, or less formal social movements and become subject of debates in mass media conversations. Some of them will be translated in political manifestos and party programs.

According to this “bottom up-approach”, we form our opinions and attitudes and detect our preferences in informal everyday discussions with friends and family, in neighborhood engagement, by exchanges about fair working conditions over coffee, or in commenting on blog- and Facebook-posts.

Democratic elections take place when such debates have been led in various areas of a society. Consequently, voting for one or the other candidate at the ballot box is the very last step in a long chain of participatory activities at various levels of society. These ‘conventional’ means of opinion- and will-formation are frequently complemented by ‘non-conventional’ political participation: Especially if citizens feel frustrated with the way issues are (not) addressed in established politics, they may draw from other resources and employ various forms of political protest to collaborate with people of similar interest (Young 2002). Recent worldwide protests addressing climate change illustrated that protesting can be exercised as a highly creative, collaborative strategy to put urgent issues ignored by established institutions on the political agenda.

First, the impact citizens can have in actively engaging in politics is actually far more significant and multi-faceted than the picture of us going to the ballot box from time to time may suggest. Second, democratic political engagement should be seen as something that is deeply embedded in our everyday practices and our social lives.

Two things become clear when we take into account the broad range of participatory tools that are available to us and may reasonably be employed at different stages of the democratic process: First, the impact citizens can have in actively engaging in politics is actually far more significant and multi-faceted than the picture of us going to the ballot box from time to time may suggest. Second, democratic political engagement should be seen as something that is deeply embedded in our everyday practices and our social lives. It does not only refer to campaigning for professional political parties, it also refers to the opinion- and will-formation processes that result from exchanges with our colleagues and neighbors, from pub table-conversations or debates in sports clubs, the academic classroom or in public townhall meetings. If you engage in these activities, you may very well influence the result of the next local or presidential election. You will also experience a deeper sense of community, solidarity and respect – in political theorists’ terms: you will benefit from the political culture you co-created.

Against this backdrop, we can give a more comprehensive answer to the question “Why should we participate in democratic politics?”. Philosophers conceptualize voting as an exercise of personal freedom. Yet, democratic participation also results in three additional benefits.

Contemporary political theorists accordingly conceptualize democratic politics as a process that takes place in multiple sites and includes heterogeneous activities. Therefore, democratic systems are essentially characterized by a ‘division of labor’ that allows you to participate in multiple ways  — use those ways to raise your voice and make your vote count!

Downs, A. (1957), An Economic Theory of Democracy, Harper and Row, N.Y., 1957.
Dryzek, J. S. (2002). Deliberative democracy and beyond: Liberals, critics, contestations. Oxford University Press on Demand.
Fishkin, J. S. (2018). Democracy when the people are thinking: revitalizing our politics through public deliberation. Oxford University Press.
Habermas Jürgen. Translated by Regh W. (1996). Contributions to a Discourse of Theory of Law and Democracy Jurgen Habermas.
Kant, I. (1970). Perpetual peace: A philosophical sketch (Vol. 1991). Cambridge: Cambridge University Press.
Kaufman, A. (1997). Reason, Self-Legislation and Legitimacy: Conceptions of Freedom in the Political Thought of Rousseau and Kant. The Review of Politics, 59(1), 25-52.
Young, I. M. (2002). Inclusion and democracy. Oxford University press on demand.