Sarah Surak, Associate Research Professor and Co-Director of the Institute of Public Affairs and Civic Engagement at Salisbury University, is a guest contributor for the RAISE the Vote Campaign. The views expressed in the posts and articles featured in the RAISE the Vote campaign are those of the authors and contributors alone and do not represent the views of APSA 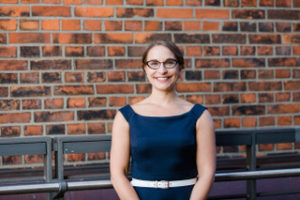 In the political science classroom, faculty frequently facilitate active learning through both structured and unstructured debates. By asking students to argue for and against various political positions, faculty encourage critical thinking as well as training in critiquing one’s position.

Students bring to the classroom different and often opposing value systems and understandings of the world. In a polarized society, productive classroom conversations can be challenging to facilitate. While disagreement is valuable both pedagogically and theoretically, students who prefer to avoid conflict can encounter difficulty when engaging with the disagreement of viewpoints in the classroom, especially when they perceive their professor to have a particular partisan leaning. College students are also increasingly seeking out non-polarizing spaces for discussion.

One way to respond in today’s political climate is by using a classroom conversation method that begins from the point of shared values, rather than determined positions. Differing from deliberation which focuses on participation and informed decisions to counter deficient knowledge and disengagement, “civic reflection” is a conversation model that leverages “objects” (such as poem, song lyrics, brief articles, short story, images, and videos) to engage people in productive conversations around shared values, as well as around larger questions of how to participate in the world. For example, when introducing students to political ideologies, Chimamanda Ngozi Adichie’s TEDGlobal 2009 video “The Danger of a Single Story” can be used to discuss stereotypes and assumptions, as well as how storytelling is a form of power. These concepts can be further unpacked through later lectures moving students from assumptions they bring into the classroom from the media or other sources, to descriptions of the core features of ideologies.

The practice of civic reflection was developed in the 1990s, and today is used by state Humanities Councils, community mediation groups, and at AmeriCorps service sites across the country. Since 2018, Salisbury University has served as the home to the national Center for Civic Reflection. Using conceptual frameworks from civic engagement, controversial issues discussion, and justice-oriented pedagogies, civic reflection can be used to counter political polarization, and encourage face-to-face communication. When used in the public sphere, it is beneficial for civic reflection to occur before deliberation and decision making, as preferences, values, and policy responses are embedded within deliberation processes.

Civic reflections are designed to promote conversations that are reflective, deep, questioning, and inclusive. A model reflection welcomes a group of participants to engage in a guided conversation around a pre-selected “big idea” or theme. Civic reflection facilitators (ideally, someone from outside of the classroom) guide participants through a series of questions that establish first an understanding of the object, then an interpretation of the object, and finally to question the implication of engaging with the content of the object. These final questions encourage students to consider how the examination of an object can contribute to awareness of shared and different values and experiences. The purpose of the exercise is not to agree on these interpretations, but to create more significant considerations as to how one might find understanding in commonality and difference.

The welcoming to the discussion includes a distinct feature that might seem at first uncomfortable or unusual in the academic classroom. Facilitators begin by asking participants to leave particular expertise regarding the object of discussion outside of the classroom. In this way, civic reflection is not anti-intellectual but instead recognizes the benefit of equalizing the ability for each person to participate. It is also a way to emphasize that there are no right and wrong answers per se, but rather that the reflection is a shared space for the discussion of values and experiences that shape a community.

Other “hopes and expectations” for the reflection set the ground rules for the engagement. Participants are asked to “monitor air time” in that those who often speak are asked to consider allowing others to participate more frequently in the conversation, and those who do not often speak are asked to consider speaking more. Facilitators also stress that the goal of reflection is not to find the answer to a specific question, and that this exercise often leaves one with more questions than answers around a complex, broad topic. These “hopes and expectations” disrupt the usual classroom discussion experience, especially the dominance of certain voices, and frames the reflection as an alternative space to routine practice.

Rather than seeking deliberation, decision, or the “winning” of a particular argument or point, reflection creates a space for non-partisan, non-polarizing conversation around a topical area. By exploring broader concepts embedded within the study of political science and decision making such as freedom, justice, equality, rights, and difference, reflections provide a complementary model of conversation when introducing new concepts or to re-center a class after a particularly polarizing discussion.

Civic reflection is a useful mechanism before the discussion of controversial issues by creating a shared sense of community and by acknowledging differences in perspective.

Higher education, generally, and political science, in particular, has a role in preparing students for democratic participation. When well designed, both curricular and extracurricular programming can prepare students for political engagement. Civic reflection is a useful mechanism before the discussion of controversial issues by creating a shared sense of community and by acknowledging differences in perspective. For more information about civic reflection including discussion guides, and related resources, visit the Center for Civic Reflection.

Dr. Sarah Surak is an Associate Professor in the Departments of Political Science and Environmental Studies at Salisbury University. She also co-Directs Salisbury University’s Institute for Public Affairs and Civic Engagement (PACE) where she oversees daily operations for the institute as well as the Center for Civic Reflection. Surak received the 2018 Wilson H. Elkins Professorship from the University System of Maryland with co-Director Dr. Alexander Pope to support these efforts. Her research areas are multifaceted, spanning the topics of civic engagement, critical public administration, environmental political theory, and social theory. Surak currently serves as co-Editor of the journal New Political Science, secretary of the APSA section New Political Science, and the chair of the Public Administration Theory Network. Those with questions regarding civic reflection can reach her at smsurak@salisbury.edu