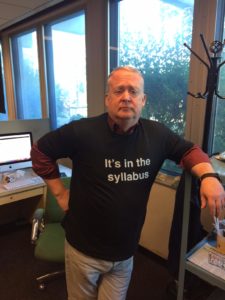 In late February and early March, Washington state voters will be able to engage in their first full-blown presidential primary.  And it’s a particularly important election, given that the state’s primary will come with at least the Democrat nomination still potentially in doubt.

Until this year, Washington was one of nine states that still used a caucus to pick its presidential delegates. Voters had approved presidential primaries via initiative in 1989, but it took until now for everyone to get on board. Party leaders, especially Democrats, long viewed the nomination process as an affair of the party, not of the general public. Republicans opted for a primary for the 2016 election. Before that, the presidential primary was just a beauty contest — no delegates were allocated via the primary vote. Twice – 2004 and 2012 – it was cancelled to save money in the state budget.

This year, everything counts. Voting in Washington is entirely by mail, so the ballots drop February 21 and must be postmarked by March 10. No counting occurs before the deadline, so no one will know who’s ahead until the evening of March 10.

The state legislature voted last year to move the primary from May to March, putting it more in the middle of the primary season and giving the state a little more say in the process. Washington joins five other states on Baby Tuesday (a week after Super Tuesday results will allocate 694 Democrat delegates). State officials hope this will mean more visits by more candidates, who will spend more money and make more promises, especially in pursuit of the state’s 107 Democrat convention delegates.

Voting in Washington is entirely by mail, so the ballots drop February 21 and must be postmarked by March 10.

Expect little drama for the Republicans. The state parties set the rules for who makes the primary ballot; the state Republican Party decided that to qualify, a candidate needed the signatures of 12 members of the party central committee, plus a $12,000 filing fee. Woe unto you, William Weld; that didn’t happen for anyone not named Donald Trump.

Meanwhile, qualifying for the Democrat primary was a bit easier – 1,000 signatures of registered voters and a $2,500 filing fee. Thirteen Democrats will be on the ballot, some of whom have dropped out since the January 7 deadline to qualify for the primary in Washington state. The names include all the current frontrunners. It’s hard to predict who might perform better among the Democrats, but polls from last fall consistently show that just about any Democrat with a pulse beats Donald Trump in Washington state.

Washington is sort of a blue-red Rorschach blot where urban/suburban Democrats tend to dominate suburban/rural Republicans statewide. The state hasn’t gone for a Republican presidential candidate since 1984. That has implications for congressional and state-level Democrats as well: If, as in 2018, the Dump Trump factor serves to bring out more Democrat-leaning voters, Democrats could pad their advantage in the state Legislature, hang on to their near dominance of statewide offices, and maybe pick off another congressional seat or two.

King County, the largest in the state, is solidly Democrat, and other nearby counties aren’t far behind. A candidate could very nearly lose every county in the state and still win an election by taking King County with enough of an edge.

Nearly a third of Washington’s population resides in the central Puget Sound region, which includes Seattle. Throw in a few more nearby, left-leaning counties, and you’ve got half the people in the state.  King County, the largest in the state, is solidly Democrat, and other nearby counties aren’t far behind. A candidate could very nearly lose every county in the state and still win an election by taking King County with enough of an edge.

In 2016, 200,000 more Democrats voted in the beauty contest presidential primary than did Republicans in a primary in which real delegates were at stake. Granted, Trump had become the presumptive nominee by that point. Still, Democrats at present dominate statewide politics. Republicans control much of eastern and other rural parts of Washington, but the low population in those areas means they struggle to gain statewide traction.

Meanwhile, Washington is not a strong party state. Voters do not have to register by party. Moreover, the primaries are open, so that anyone could decide to show up and vote Republican or Democrat on any given day or for any given office, even on the same ballot. Consequently, parties generally are leery of the primary system, either presidential or state/local, since they fear voters could cross over and nominate a less electable candidate. The fact that his has never happened doesn’t seem to assuage their fears. For this primary, the parties are requiring the voters to attest to their party affiliation, likely swelling lists of potential supporters for both parties.

Moreover, the primaries are open, so that anyone could decide to show up and vote Republican or Democrat on any given day or for any given office, even on the same ballot.

The switch from caucus to primary involves some tradeoffs.  In caucuses, voters gather at the precinct level to begin the process of choosing delegates. They were, in essence, neighborhood gatherings held at schools or other public facilities. Voters could talk about the issues, tout their candidates, or even pledge to be uncommitted. Each precinct got some number of delegates to the next level, based on voter turnout in that precinct in the last election. The voters present would choose among themselves who would represent them at the legislative district and county party meetings. At those levels, delegates to the state party convention would be chosen, with delegates to the national convention chosen at the state gathering. People campaigned to be delegates based on which candidate they supported.

As opposed to just marking boxes on a ballot, the caucus system invited a higher level of participation.  You meet your neighbors; you have hopefully meaningful conversations with people about the direction of the country. On the other hand, the turnout could be terrifyingly low, since it requires an afternoon or an evening surrendered to a discussion of politics. This tends to exacerbate the problem often presented by primaries in general – turnout so low that atypical, doctrinaire voters may dominate the system. For example, in 1988, supporters of evangelist Pat Robertson succeeded in winning all of the state’s GOP national delegates. It’s questionable whether the majority of the state’s Republicans would have supported Robertson over George H.W. Bush had there been greater participation in the caucuses. It was this particular outcome that began to goad the parties to move toward adopting a primary. At that time, even Democrat party leaders were concerned about Robertson supporters showing up at their caucuses.

This tends to exacerbate the problem often presented by primaries in general – turnout so low that atypical, doctrinaire voters may dominate the system.

But then there’s the turnout. In 2016, with a competitive race, Democrat caucus turnout was estimated at 230,000 people, versus 800,000 for the beauty contest primary a few months later. In the first instance, Bernie Sanders delegates appeared to win the caucus contest, whereas in the primary, the winner was Hillary Clinton. So the broader participation rate of primaries can alter political outcomes.

It will be interesting to see what the turnout is for what could still be a competitive nomination contest on the Democrat side. Elizabeth Warren, Bernie Sanders, Pete Buttigieg and Michael Bloomberg all have some level of active campaign organization in the state. Washington’s voter turnout is typically higher than the national average, and the state has eased rules for voter registration (up to election day if done in person; online voter registration can be done online up to eight days before election day).

And this time there is something to vote for. How will the voters respond?

T.M. Sell is past president of the Pacific Northwest Political Science Association and of the Society of Professional Journalists, Western Washington. He is the author of Wings of Power: Boeing and the Politics of Growth in the Northwest, and An Introduction to Politics.