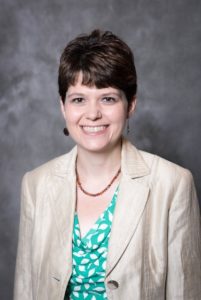 The Iowa Caucus and New Hampshire primary mark the official beginning of the 2020 election season, though campaigning has been going on for a full year before the first primary votes were cast. Below, I present an overview of the coming months from the perspective of Alabama. Primary and general elections on the presidential and senatorial level present observers and voters with different choices, different contexts, and different potential outcomes.

Alabama has a total of 52 pledged delegates, which will be awarded proportionally to each candidate’s vote share based on the results in the state at large and in each of its seven congressional districts. Furthermore, Alabama will send a total of nine unpledged delegates (known as “Super-Delegates“) to the Democratic National Convention in Milwaukee, Wisconsin this summer. The DNC’s Unity and Reform Commission suggested rule changes, approved by the full DNC in the summer of 2018, which no longer allow unpledged delegates to vote on the first ballot at the convention, meaning they will only matter in case of a contested convention (a convention where no candidate succeeds in getting a majority of delegates and therefore cannot secure the nomination on the first ballot).

Alabama has a total of 52 pledged delegates, which will be awarded proportionally to each candidate’s vote share based on the results in the state at large and in each of its seven congressional districts.

The Republican primary: While Republicans are technically holding primary elections in 2020, contests involving sitting presidents are usually not very competitive and voter turnout remains exceptionally low. For example, in 2012 voter turnout for the Democratic primary was 6.6% of eligible voters and in 2004 it was 6.3% for Republicans. In 2016, President Trump won the Republican primary in Alabama with 43.4% of the vote and his current approval in the state stands at +22, the second highest in any state. While there will be a primary election on the Republican side, which is also held on March 3, only one candidate besides Donald Trump has filed to appear on the ballot in Alabama (Bill Weld) and Donald Trump is expected to win by a wide margin.

Major issues of the day:
In a 2018 survey of Alabama voters, the Alabama Public Affairs and Research Council found that Alabamians rank K-12 education and healthcare as the most pressing issues of the day. With healthcare playing such a prominent role in this year’s Democratic primary, Alabamians’ high priority placed on this issue may well play a significant role.

However, Alabama voters, even Alabama Democrats, remain relatively moderate. In Democratic presidential primary exit polls in 2016, 57% of voters identified as liberal, 32% as moderate, and 11% as conservative (for comparison, 78% of Republican primary voters in Alabama in 2016 identified as conservative in the same exit poll). This comparative moderation will likely impact their choice between more sweeping healthcare proposals, such as those put forward by Senators Bernie Sanders  (I-VT) or Elizabeth Warren (D-MA), and more pragmatic ones, such as the one championed by former VP Joe Biden.

What to expect:
Because Alabama is neither one of the early states nor one of the most delegate-rich states, there is a dearth of polls for the state, but the last poll (conducted over the summer) showed former Vice President Joe Biden with a comfortable lead (21 points) over the second highest polling candidate, Senator Bernie Sanders.

However, primary results in Super Tuesday states are expected to be somewhat dependent on candidate performances in the four early states (Iowa, New Hampshire, Nevada, and South Carolina).

Unless these numbers start shifting considerably, Biden should have a clear advantage going into the Alabama primary.

Alabama’s Democratic primary electorate is majority African American. In 2016, 54% of Democratic primary voters in Alabama were black and recent polls have found Joe Biden at 48% with black voters nationally and at 43% with black voters in South Carolina. For comparison, the numbers for his closest competitor Bernie Sanders are 20% nationally, and in South Carolina the number two spot went to Tom Steyer at 16%. Unless these numbers start shifting considerably, Biden should have a clear advantage going into the Alabama primary.

What is at stake?
On the Republican side: Alabama Republicans are expected to hold a competitive primary to nominate a candidate who they hope will win back Jeff Session’s former seat, won by Democrat and current incumbent Doug Jones in a surprise victory in the December 2017 special election.

What to expect:
While there haven’t been many polls, an internal poll of Jeff Session’s campaign in December 2019 showed the former senator leading the Republican field with 44%, followed by former Auburn University head football coach in second place at 21% and Rep. Bradley Byrne in third place at 14%.

Since the current incumbent is a Democrat, there will not be a competitive senate primary on the Democratic side. Doug Jones won the Democratic primary in 2017 easily, winning 66% in a seven-candidate race.

What is at stake?
Alabama has 9 electoral college votes, and with its status as a safe Republican state, those can be expected to go to President Trump no matter who the Democratic nominee happens to be. However, Democrats are trying to win back the Senate, and losing Doug Jones’ seat would mean they have to flip one more seat to accomplish that goal. Who the Democratic nominee is is expected to have a non-negligible impact on down ballot races, especially those in swing districts and non-Democratic states like Alabama.

What to expect:
Senate: In 2017, Doug Jones carried the state with a slim margin (1.7%), which made him the first Democrat to win a Senate seat in Alabama since 1992. He is expected to face an uphill battle in 2020, with the race either being rated “toss up” or “lean Republican” by different race trackers.

Presidency: Alabama is considered a safe Republican state and has not voted for the Democratic nominee for president since 1976, when Jimmy Carter won the state by 13 points. Donald Trump carried the state in 2016 with 62.08% of the vote and is expected to easily win it in 2020 as well.

Regina L. Wagner is Assistant Professor of Political Science at the University of Alabama. Her most recent work includes “Invisible Forces: How Contextual Receptiveness to Women Shapes Women’s Representation in the U.S. House” (Journal of Women, Politics, and Policy 2019), “The Long War over Party Structure: Democratic Representation and Policy Responsiveness” (Cambridge University Press 2019, with Byron S. Shafer) as well as “The Trump Presidency and the Structure of Modern American Politics” (Perspectives on Politics 2019, with Byron S. Shafer). Her research focuses on political representation, electoral shifts, intermediary structures, and the effects of increased diversity and changing party structure and resource availability on representative democracy.