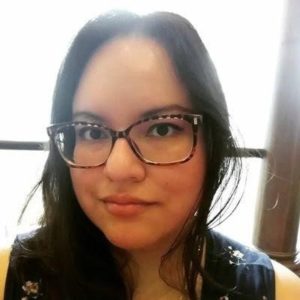 The 2020 Democratic Primary is already one for the history books with several women running to be the nominee, including Elizabeth Warren, Kamala Harris, Kristen Gillibrand and Amy Klobuchar. We also saw several members of racial and ethnic minorities in this race, including Julian Castro, Andrew Yang, and the aforementioned Harris. The demographic diversity of the 2020 field now shares historical space with the COVID-19 outbreak and the nation’s response to the virus. Louisiana was the first state to postpone its primaries, originally scheduled for April 4th (currently four other states have joined in postponing their primaries). Now Louisianaians are scheduled to go to the polls on June 20th. In a state not particularly known for high voter turnout, the big question for us is how public health concerns will determine the fate of the two Democratic hopefuls still in the field: Joe Biden and Bernie Sanders.

Recent elections in Louisiana have been breaking records for statewide voter turnout. The 2018 Midterms saw around 1.4 million Louisianians come out to vote.

Similar numbers came out for the 2019 gubernatorial election where John Bel Edwards retained his seat against challenger Eddie Rispone. For context, the 2015 election where John Bel Edwards initially won his seat saw around 1.1 million voters cast a ballot. With such strong turnout numbers and a primary still very much up in the air, Louisiana had all the incentives to come out and vote. Now fears of the coronavirus are likely to dampen participation to levels more consistent with historical trends. Not only does the Pelican State have a postponed primary, but it has joined other states in issuing a stay at home or shelter in place order, currently active until April 12th.

Florida and Illinois held their primaries as scheduled on March 17th and saw tremendous decreases in turnout as people stayed home likely for fear of contracting COVID-19. Arizona held their primary on the same day but the majority of votes came in through early voting or by mail. Another aspect of the new primary date that may dampen turnout is that June 20 now makes Louisiana the penultimate state to vote in this primary cycle, Kentucky being the last, though this effect could be mitigated depending on the decisions of other states to also postpone or delay.

The field of candidates has already been winnowed down to two and with so many other states voting in the interim, the race may be all but over, leaving Louisiana residents with little, if any, incentive to brave public spaces on June 20th to go out and vote.

Looking for historical context, Louisiana is the home of Huey “The Kingfish” Long, who served as governor from 1928 to 1932. Long, an outspoken populist who argued that Roosevelt and his New Deal didn’t go far enough in working to alleviate poverty, advocated for the redistribution of wealth through taxes on the wealthy that would be spent on infrastructure, education, and other social welfare programs. Given the state’s proud populist legacy (tales of the Kingfish and his political bravado are still touted by Louisianans to this day), it wouldn’t be unreasonable to believe that Bernie Sanders’ message of Democratic Socialism and the redistribution of wealth could resonate with the more liberal population of the state. But this possibility seems less likely if we consider the deep red nature of Louisiana’s electorate as a whole. The state prefered Donald Trump by 20 percentage points in the 2016 election. In the 2016 primary, voters favored Hilary Clinton by a wide margin. She easily won the contest with 71% of the vote while Sanders brought in 23%. This time around the race has coalesced around front runner former Vice President Joe Biden with Senator Sanders in a close second. Both candidates are taking very different positions on how to continue the primary season, with Vice President Biden reminding us that elections have continued on in the face of war and disease in the US and Senator Sanders (the likely benefactor of decreased Baby Boomer turnout) telling voters to do what they need to do to feel safe during this crisis. We have yet to see either campaign advocating for election procedures that would comport with current social distancing/stay at home standard, for example the reconfiguring of primary elections to an all mail-in ballot format.

Given the circumstances, it’s not difficult to predict what is likely to happen to primary turnout going forward this election. Fears of the coronavirus will likely keep many home from the polls, with those still compelled to participate trying to take advantage of mail-in and early voting options whenever possible to avoid the crowds. As voters continue to pick between Senator Sanders and Vice President Biden, there may not be much of a race left to be decided by the time Louisiana gets its turn.

Gabi Vitela is currently a Visiting Assistant Professor at the University of Louisiana at Lafayette.  Her work examines the effects of race and gender in campaign finance.  She is currently teaching courses on campaigns and elections alongside her trusty Mountain Feist, Donnie Iris.