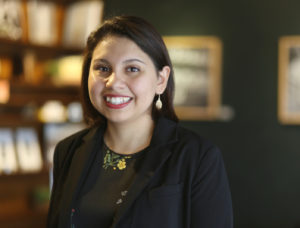 Political participation is one of our most important civic duties. It is part of the original contract we the people agreed to when we founded this country, both native born citizens and immigrants. However, the vote is a privilege that is not given to everyone who lives in the United States. Voter restrictions have been in place since the founding of our nation, when the right to vote was restricted to white land-owning men. Even as the right to vote has been extended to other groups of people, for instance, black men with the 15th amendment and white women with the 19th amendment, obstacles to this important action have been continuously hindered. For example, black people were routinely denied the right to vote through a series of mechanisms, like a poll tax and literacy tests that were in place until. Many people of color were not able to fully exercise their right to vote equally in the United States until the Voting Rights Act of 1965. Yet obstacles remain for people of color when it comes to their right to vote. For people of color and low-income voters, things like Voter ID laws can still hamper voting today (Hershey et al. 2007; Hajnal et al. 2017). For immigrants, barriers to participation also exist.  Some may not have the right to vote if they are not naturalized. Despite this, some immigrants find other ways to participate—through protest, contact with local officials, and other forms of civic engagement. The complex dimensions of immigrant political participation prompt us to ask: what mobilizes immigrants to participate and what are the other ways to participate beyond voting?

Part of the answer lies in the political socialization of immigrants. For one, immigrants come in with some political ideology, or a political suitcase, from their country of origin that shapes the way they participate in politics (Wals 2011; 2013).

Immigrant-based communities, like Latinos and Asians, are more prone to be non-identifiers with a political party and part of this lack of engagement is a result of political parties excluding these communities (Hajnal and Lee 2011). This lack of political party identification is correlated with decreased participation of even second-generation immigrants, in other words, American born citizens (Carlos 2018). These immigrant-based groups, however, are susceptible to party and campaign outreaches (McMann and Chavez 2016) or institutional contact (Garcia-Castañon et al. 2019). Outreach helps increase political participation among immigrant communities. This helps explain participation barriers as partisanship is a low-information way of knowing who to vote for. However, as time passes, both immigrants and later generations are more likely to attain partisan identification (Bejarano 2014). Time and effort by institutions help increase political participation.

For Latinas, their higher participations can be explained to their higher levels of communal and civic skills socialization, but it is unclear why Asian American women participate at lesser rates.

This participation, however, may also result from outward hostility and may prompt naturalized immigrant, foreign-born Americans, to become active participants in politics (Pantoja et al. 2001). Emotional responses from immigrant-based communities yield participation in a number of ways. It might motivate higher contact with government officials (Merolla et al. 2013), voting (Reny et al. 2018), and protesting (Benjamin-Alvarado 2009) in some groups, but not in others. We might see this difference because high identification with a racial identity affects responses to outside threats differently (Perez 2015). However, participation may function differently for immigrant-based groups. Unlike most racial groups, Asians seem to be mobilized by fear, rather than anger, when faced with threat perhaps due to their positioning in the racial hierarchy (Phoenix and Arora 2018). However, both immigrant-based groups seem to take communal responses to participation. Latino immigrant groups might rely heavily on several community resources and institutional resources for participation (Zepeda-Millan 2017). Asian political participation may be more dependent on adaptation and time (Wong et al. 2011). We see further variation when we add gender to our understanding. We see gendered differences by Latino and Asian immigrants in their political participation. Latinas are more likely to participate than their male counterparts in many forms of political participation (Hardy-Fanta 1993, Bejarano 2014), while Asian women are less likely to participate (Phillips and Lee 2018; Phoenix and Aror 2018). For Latinas, their higher participations can be explained to their higher levels of communal and civic skills socialization, but it is unclear why Asian American women participate at lesser rates. Our understanding of immigrant-based communities and immigrants themselves still merits further more investigation for why we see these difference responses.

These immigrant-based communities fulfill their civic duty, just in different ways. We have yet to capture in our academic inquires things like #PoderQuinces1 or more holistic narratives centering liminal citizenship statuses.

The lesson here is that political participation is robust in immigrant-based communities but can take many shapes and may be motivated by many reasons. For example, lingering questions still remain on why different emotions mobilize immigrant-based, like Asians and Latinx groups differently. These immigrant-based communities fulfill their civic duty, just in different ways. We have yet to capture in our academic inquires things like #PoderQuinces1 or more holistic narratives centering liminal citizenship statuses. Our understanding is far from complete, but the road so far paves the way for interesting and dynamic ways in which we understand political participation.

Maricruz Ariana Osorio is a PhD student at the University of  California, Riverside. She studies immigrant political participation, gender, and political psychology. She is part of the team that makes People of Color Also Know Stuff. She is an alumni of the APSA Fund for Latino Scholarship, and a fellow of the APSA Minority Fellowship Program.