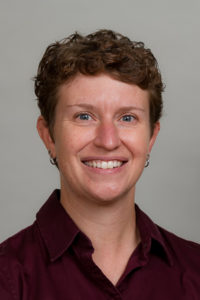 Pennsylvania’s primary elections will be held on Tuesday, April 28. In comparison to the early caucuses and primaries in Iowa, New Hampshire, and on Super Tuesday, this feels like a late and potentially inconsequential date to hold a primary. In 2008, however, Pennsylvania benefited from being late in the race, as Barack Obama and Hillary Clinton campaigned for nearly six weeks non-stop in the commonwealth. Given the fractured nature of the Democratic presidential field this year, many people believe 2020 could be the same.[i]

Encouraging students to participate in presidential elections, especially the general election, is relatively easy. Interest is high, information is abundant, and politics is in the air. What is harder, but arguably more important, is encouraging participation in primaries, midterms and “off-year” elections where county commissioners, school board members and borough council members (among others) are elected. These down-ballot races don’t receive nearly the media coverage the presidential race does, but decisions made by officials in these positions impact our students nearly every day. These decisions affect zoning policy, influencing what businesses are located near campus; transportation policy, determining traffic patterns on streets running through campus; and even election policy, affecting how easy or difficult it is for residents (including students) to register to vote and cast their ballots.

This April, in addition to casting primary votes for the presidential candidates, Dickinson College students will have the opportunity to vote in the primary contest of what is likely to be one of the most competitive general elections in the US House of Representatives in 2020 – PA House District 10. Spring’s Democratic primary features current Auditor General Eugene DePasquale and attorney, and Dickinson College alum, Tom Brier. These candidates are competing for the opportunity to run against incumbent Republican Scott Perry, who narrowly won re-election in 2018 in a district that was made more competitive by the Pennsylvania Supreme Court.

Regardless of Pennsylvania’s significance with respect to delegates in the Democratic or Republican presidential primaries, at Dickinson College, we are still engaged in efforts to increase voter turnout among students on our campus. Our “Dickinson Votes” team is comprised of students, staff and faculty working together to increase voter participation and knowledge on campus. We hold monthly voter registration drives in the student union building and we recently started registering students in classrooms of interested faculty members. Recently, as part of a class research project, a faculty member in policy studies spearheaded an effort to move the students’ polling location closer to campus. What seems to motivate students as much as anything, however, is the “Dickinson Votes” stickers we distribute to every student leaving the polling place. Our registration and messaging efforts proved fruitful in 2018 as external figures (from the National Study of Learning, Voting, and Engagement) indicate that voter turnout on campus increased nearly 250% between the 2014 and 2018 midterms.

Although not directly related to student voter turnout, another way I have engaged students in the political process is via exit polls. Depending on the course and its objectives, students work to develop the survey instrument, implement the exit poll, and then analyze and present results. We ask questions about vote choice, policy positions, current events, and demographics. The hands-on research experience students gain is invaluable and across the board, they report having had a positive experience interacting with voters. On April 28, Dickinson College students will engage with nearly a dozen colleges and universities across Pennsylvania.

While it is one thing to talk with students about the American political process in the classroom, it is another to engage them in the process of registering to vote, working with them to train their peers to register to vote, and sending them out into the local community to talk with voters. As we reach the end of the presidential primary process and begin planning our fall classes, I encourage us all to imagine how we might structure our classes in ways that prepare educated, engaged citizens, strengthen democratic values and civic responsibility, and contribute to the public good.

[i] NOTE: This blog post was written prior to the outbreak of COVID-19 in the U.S. and prior to many colleges and universities moving their instruction online. At Dickinson, it is increasing unlikely that in-person voter mobilization efforts or exit polling will occur in April 2020. We are now shifting to thinking about how to facilitate our students voting via absentee ballots.

Sarah Niebler is an Assistant Professor in the Department of Political Science at Dickinson College in Carlisle, PA. Sarah’s research and teaching interests are in American politics, specifically political behavior, campaigns and elections, and public opinion. Her scholarly work has been published in the American Journal of Political Science, Legislative Studies Quarterly, Political Communication, the Journal of Public Economics, the Journal of Elections, Public Opinion & Parties, and American Politics Research. Additionally, her research and analysis has been featured on NPR’s “Hidden Brain”, and in The Hill and Roll Call, among others.