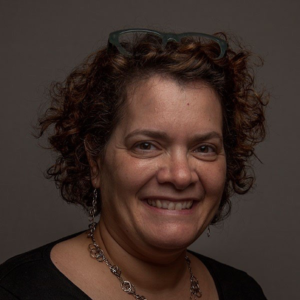 Within the American popular culture landscape, the president and the presidency has long been a unique presence, in part because this office and the individual who holds it are often within the popular gaze of the citizenry. From the very early days of the republic, the populace was quite captivated by George Washington – initially as a general and then as president. Literary writers of the 19th century like Mark Twain and Walt Whitman integrated the president and the presidency into their work. The 20th century has seen the rise of the imagined president and presidency in both film and television, as we also note the personalization of the presidency through the media, where presidents can speak directly to the entire country, through radio, television, and now through social media. One of the most notable characteristics of the presidency in popular culture today is the frequent appearance of the 25th Amendment. In the aftermath of Donald Trump’s COVID-19 diagnosis, it is worth exploring why this Amendment is such a staple of contemporary popular culture.

I often refer to the 25th Amendment in my classes as the “Hollywood Amendment” because Americans are much more familiar with the workings of the 25th Amendment, especially Section 4, from television narratives and films then they are from the actual application of the 25th Amendment in real life. There is a particular reason why this really is the Hollywood Amendment, and it has a great deal to do with Hollywood’s use of it in narrative productions, but it is also the result of the Amendment’s essential dormancy since it was created and the constitutional questions that remain in regard to how Section 4, in particular, would be invoked and executed, without having it seem like a coup executed by the Vice President and the Cabinet. At the moment, the 25th Amendment’s reach and implication are getting even more attention because of the concern about the Vice President or other members within the line of succession also falling ill with COVID-19.

The 25th Amendment, along with the constitutionally outlined process for impeachment, are the mechanisms provided to remove a president for some particular extant reason, outside of the four-year election cycle.

The 25th Amendment, along with the constitutionally outlined process for impeachment, are the mechanisms provided to remove a president for some particular extant reason, outside of the four-year election cycle. Sections of the 25th Amendment have been delicately used on rare occasions and not necessarily when it might have been expected, most specifically when President Ronald Reagan was shot in 1981. There was no implementation of Section 4 of the 25th Amendment at that time, though it seemed like the situation called for it, given that the president was shot, and then disabled while in surgery and under anesthetic. This particular image, of a president shot and thus disabled, and the process for the implementation of the section 4 of the 25th Amendment can be seen in a number of popular culture artifacts, including the recently concluded CBS show Scandal. This is why I refer to it in my classes as the Hollywood Amendment, in large measure, because Hollywood has implemented it, and thus imagined how it might work, far more often then we, as citizens have seen it in actual action. Political Scientist Jay Wendland has argued that popular culture has indeed contributed to our understanding of the 25th Amendment and presidential succession, far more from fiction than from fact.[1]

Constitutional Law scholar David Pozen has noted some of the plot points that have made use of the 25th Amendment, explaining that “on popular TV series such as 24 and House of Cards and in thrillers such as The Enemy Within, Section 4 has been at the center of elaborate plots to steal the presidency. If, as some scholars have argued, the more realistic risk is that Vice Presidents and Cabinet officers will be too timid about calling out presidential inability when it exists, these associations of Section 4 with Machiavellian maneuvering are unhelpful.”[2] And while it is true that these visions show us how the 25th Amendment can be used deceitfully, to essentially steal the presidency, the television show Madam Secretary demonstrated the complicated moral and political dilemma faced by the fictional Cabinet members as they approached relieving President Conrad Dalton of his office in the episode “Sound and Fury” (4.12). The Cabinet and Vice President become quite alarmed as the president’s cognitive capacity and behavioral shifts—they had all noticed dramatic changes in his disposition and personality—but he showed no physical signs of any kind of disability.  This again highlights the complicated aspects of the 25th Amendment as a means to relieve the president of his/her office without a clear physical incapacitation (like Woodrow Wilson’s stroke) or emergency (like the concern that JFK would be permanently disabled by the assassination attempt).

On the ABC/Netflix series, Designated Survivor, we actually saw the challenge process of Section 4 unfold. In this multi-episode arc, President Tom Kirkman’s Cabinet follows the 25th Amendment’s process to remove a sitting president whom they determined to be unable to execute the duties of the office because of a number of factors, including the recent and sudden loss of his wife in an automobile accident. The president’s mental health, grief, and his family’s genetic predisposition towards depression are brought forward as the basis for what are deemed to be his inabilities to perform his job. President Kirkman contests these conclusions and, as allowed by the 25th Amendment, he makes a case for his continued capacity to execute the job. He is successful in his challenge and remains in the Oval Office. The point of contention is not being physically unable to carry out the job, but a character’s limitation due to mental or psychological disability. This challenge aspect, like the Cabinet and the Vice President’s capacity to remove the president from office, have never been implemented in real life, though does come up in fictional narratives.

These are just two recent examples of television series integrating the 25th Amendment into their narrative arcs. In the spring of 2003, NBC’s The West Wing explored the 25th Amendment in the episode “Twenty Five” when President Jed Bartlet voluntarily steps aside because he realizes he cannot fully execute the duties of his office while his daughter, Zoey, is kidnapped and missing. The episode also wrestles with the line of succession and the complicated nature of the U.S. system of government, since the Vice President had been forced to resign and there was no new Vice President in place, thus the office of “interim president” fell to the Republican Speaker of the House, a political foe of the president. That same spring Fox’s 24 also explored the 25th Amendment in another multi-episode arc that also interrogated the president’s capacities in the job, in this case, President David Palmer, who was skeptical of the evidence provided as the basis for air strikes against potential terrorists. Because of what was seen as a lack of commitment to exact punishment for attacks, President Palmer’s Cabinet moves to remove him from office because they deem him unfit—in part because members of his Cabinet and senior staff disagree with his decisions. 24 goes on to make use of the 25th Amendment a few more times throughout its multi-season run on Fox Television.

Thus, the problem with the 25th Amendment is that it remains untested in the more crisis-oriented situations—situations that we often see on screens in our homes or in movie theaters but, thus far, never in fact. Hollywood has had such free reign with this Amendment because it can propel plots and shift allegiances, it can be used for nefarious ends, to steal the presidency from the dually elected character, and because of the complication surrounding how it is both implemented and how it is then to be reversed, screenwriters have a lot of latitude when they integrate it into a narrative. This is good for screen writers since it provides an oft used means to move a narrative along, but it may be more problematic for citizens since we only know the way this Amendment works from our fictional experiences. In considering how this Amendment works in practice, we are often relying on historians, constitutional law scholars, political scientists, and the understandings we have from legislative history surrounding the passage of the 25th Amendment as well as the Constitutional Convention’s discussion of succession and the role of the Vice President.

As we consider the presidency in our popular imaginations, we also find ourselves puzzling over aspects of the constitutional system that may be confusing or obscure. In the case of the removal of the President via the 25th Amendment, for many citizens, the only conceptualization that we have of this Amendment and how it functions is from these imagined narratives, again demonstrating unanticipated ways that popular culture shapes our thinking and understanding of politics and government in the United States, especially as it has to do with the presidency. This is actually a way in which voters are connected to the office itself—through their imagined ideas of the office and the individuals either inhabiting it or running for the White House.

Lilly J. Goren is professor of political science at Carroll University. She is author and editor of a number of books that focus on politics and popular culture. She is one of the co-hosts of the New Books in Political Science podcast.