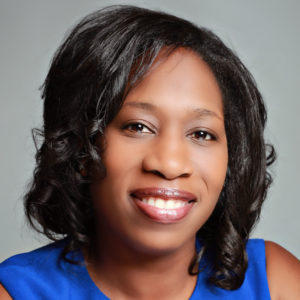 On August 11, 2020, presidential candidate Joe Biden announced Senator Kamala Harris as his pick for vice president in the 2020 election. While Harris’ nomination is not the first time a woman has been selected as a vice presidential nominee, it is the first time that a Black and Indian-American woman and HBCU alumna has earned a spot on a major party ticket. In addition to her experience as California Attorney General and Senator, Harris’s education at Howard University (an HBCU) and participation in Black Greek life are important credentials that may prove invaluable in her journey to the White House. Given Harris’s historic candidacy and the influence of the Divine Nine, the students at these institutions have the capacity to shape the upcoming election in important ways.

As an integral part of college campuses, the nine historically Black sororities and fraternities—often referred to as the Divine Nine (D9)—have been a vessel for providing social, civic, and political leadership opportunities to youth at Minority Serving Institutions (MSIs) and Predominantly White Institutions (PWIs). Among the nine organizations within the Divine Nine there are four sororities and five fraternities including Alpha Phi Alpha (1906), Kappa Alpha Psi (1911), Omega Psi Phi (1911), Phi Beta Sigma (1914), and Iota Phi Theta (1963). As an undergraduate at Howard, Harris joined Alpha Kappa Alpha (1908), one of four sororities in the Divine Nine dedicated to service, scholarship, social action, and sisterhood—the others being Delta Sigma Theta (1913), Zeta Phi Beta (1920), and Sigma Gamma Rho (1922).

Harris is not the only trailblazing Black politician to hail from the Divine Nine. Delta Sigma Theta members Shirley Chisholm and Barbara Jordan were the first and second African American women to seek the presidential nomination of a major political party (Democrat). Four years before her 1972 presidential campaign, Chisholm became the first African American woman to be elected to Congress. Less than a decade later, Barbara Jordan launched her campaign for president and became the first African American and first woman to deliver the keynote address at the 1976 Democratic National Convention.

Senator Harris’ choice to use the same advertisement color scheme as Shirley Chisholm is an intentional effort to galvanize the more than 825,00 college-educated women in the Divine Nine spread across 3,240 chapters around the world. To put it in context, the number of women in D9 sororities is seven times greater than the number of votes that secured Donald Trump’s election in 2016 (in total, only 107,000 votes between swing states Michigan, Wisconsin, and Pennsylvania were enough to shift the number of electoral votes in his favor).

…the number of women in D9 sororities is seven times greater than the number of votes that secured Donald Trump’s election in 2016.

According to the National Study of Learning, Voting, and Engagement voter participation at Minority Serving Institutions (MSIs) declined among students attending Predominantly Black Institutions (PBIs) and Historically Black Colleges and Institutions (HBCUs) from 2012-2016. Although votes cast by students at these institutions declined, the National Center for Education Statistics (NCES), reported that 200,000 students were enrolled in HBCUs during Fall 2018.  Coincidentally, this seemingly small number of potential voters is the same number as those who were suppressed in 2016 when Wisconsin implemented new voter-ID laws and voter registration polls were purged in New York City.

Collectively, the fraternity and sorority membership in the Divine Nine boasts more than 1,745,000 members who focus their efforts on social action and community engagement throughout the 6,512 active chapters around the world. Be it women’s colleges, MSIs, or PWIs, each of the Divine Nine organizations has actively focused on responding to the needs of young voters within the last year—especially since research has confirmed that social media and emails are preferred methods of communication among young voters as they provide real-time updates and contextualized understanding of candidate platforms.

In response to youth voter preferences and the COVID-19 pandemic, each D9 organization has challenged graduate and undergraduate chapters to host virtual town halls in addition to social media campaigns that provide information regarding registration deadlines, poll locations, identification of voter suppression tactics, contact information for local board of election, election judge training, and collaborative voter registration drives with organizations including Rock the Vote, Michelle Obama’s When We All Vote, and Oprah Winfrey’s OWN Your Vote.

So, with only 26 days left until the November 3rd, we can only watch and wait to see if Kamala Harris leverages her relationships with MSI alumni associations and Divine Nine organizations to become America’s first woman vice president.

Caroline Harper earned her PhD in political science with concentrations in Black politics and international relations from Howard University. Currently, Caroline is a Lecturer at Howard University and National Diversity Scholar within the University of Michigan National Center for Institutional Diversity.  Prior to her current role, Caroline served as Mellon/American Council of Learned Societies (ACLS) Public Fellow at the United Negro College Fund where her work focused on conducting research exploring the extent to which civic engagement reduces social inequalities in education, housing, and employment opportunities in metropolitan areas.  In addition to conducting original research, Dr. Harper has integrated research into practice by working with community advocates and administrators to facilitate programs that increase access to community resources, enhance self-sufficiency programs, and address academic achievement gaps.  Caroline has held leadership roles in organizations committed to serving the community including the American Council of Learned Societies (ACLS) Anti-Racism Advisory Board, Howard County Housing Opportunities Task Force, Howard County Board of Housing and Community Development, Dr. Martin Luther King, Jr. Holiday Commission, and the African-American Community Roundtable.