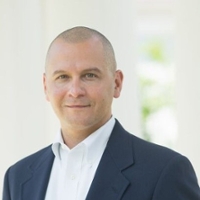 There is great reason to celebrate youth voter turnout following the spike in participation during the most recent midterm elections.  Specifically, college student turnout jumped from just 19% in 2014 to 40% in 2018 according to the Institute for Democracy and Higher Education’s Democracy Counts.  At James Madison University, the student voting rate rose from a measly 8.8% in 2014 to 32.8% in 2018. Too low, but still a 300% increase. As the country grapples with a mass pandemic and continues to come to grips with the multigenerational crises of racial injustice and inequity, climate change, waning public trust and immigration, colleges and universities need to produce students ready to confront the unresolved public issues we face while strengthening our weakened democratic institutions. The rise in student voting rates is encouraging and hopefully a sign of things to come, but turnout alone is insufficient to building the democracy we aspire to become. So what is to be done?

Our year-round voter education and engagement initiative is designed to collaborate with academic units and faculty members to integrate discipline-specific political learning opportunities into courses and is accompanied by co-curricular programs inviting students to tackle public issues within an academic context.

Respected national organizations such as the AAC&U, AASC&U, ACE, Campus Compact, Campus Vote Project and the National Conference on Citizenship are challenging colleges and universities to leverage their academic missions to embrace political questions as learning opportunities and prepare all students to create a stronger democracy than the one they are inheriting. At JMU Civic, we developed campus-wide civic engagement learning outcomes emphasizing the acquisition of knowledge to make one a more informed participant in our democracy, skills to prepare one to become more effective, and values that embrace pluralism, open-mindedness, empathy, respect, diversity and inclusivity. Our year-round voter education and engagement initiative is designed to collaborate with academic units and faculty members to integrate discipline-specific political learning opportunities into courses and is accompanied by co-curricular programs inviting students to tackle public issues within an academic context. For example, our Democracy Matters podcast features academics, policymakers, and advocates discussing their areas of expertise. Episodes are released with suggested readings and discussion questions for faculty members to embed as learning modules for in-person or virtual courses. Also, weekly Tent Talks invite students to update their voter registration while engaging in impromptu conversations about public issues with trained student facilitators in public spaces across campus. Topics have included immigration, human trafficking, the national debt, and dismantling racism. Voter education information is widely dispersed through campus-wide emails, global alerts on our online learning platforms, classroom visits, and organizational meetings such as with student-athletes and fraternities and sororities.

We recognize that encouraging students to address public issues through democratic engagement is a big ask in our hyper-partisan and divisive political environment. After all, overcoming the barriers to earning an undergraduate degree is already daunting enough. However, what is more concerning is if students graduate without being prepared to fulfill their role as full participants in our democracy, especially as racial, social and economic inequities persist. The State Council of Higher Education in Virginia recently named civic engagement as a core competency, noting that it is “too important an outcome to be left to chance.” Accordingly, JMU Civic develops programs to meet students where they are, both physically and mentally. Students are asked what they care about and what they can do about it, recognizing that discussion of public issues can lead to informed action and that voting is a critical front-door to many other meaningful ways to participate in democracy.

We are nonpartisan, but not apolitical. We educate students on the structural causes of problems and encourage them to approach the political process to work toward solutions. Our Get Out the Vote initiative is interwoven throughout broader learning opportunities about problems, policies, and politics. We want students to vote in the 2020 election and then immediately ask, what’s next? The initiatives of JMU Civic have accomplished important work not only in increasing voter turnout on campus, but also in raising the political consciousness of the student body. We are deeply inspired by our colleagues and student-leaders across the country in our shared vision to support college student voting in 2020 and beyond, address the pressing public issues of our time, and strengthen our democracy for everyone.