Christopher Z. Mooney, W. Russell Arrington Professor of State Politics at  the University of Illinois, Chicago, is a guest contributor for the RAISE the Vote Campaign. The views expressed in the posts and articles featured in the RAISE the Vote campaign are those of the authors and contributors alone and do not represent the views of APSA. 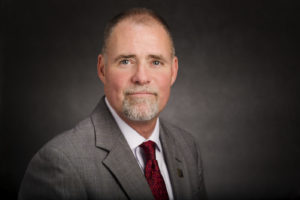 Illinois will hold its 2020 primary elections on March 17, a fitting day considering the legacy of Irish-American influence in state and city politics here. But this is also ironic, in that the old Irish political power structure appears to be crumbling. And as in every state, the 2020 election cycle is important for how it sets up the legislative redistricting battles in 2021. In Illinois, the parties will be fighting tooth and nail in the vast Chicago suburbs as they prepare for redistricting.

First, the basics. The 2020 Illinois party primaries will select general election candidates for the US Senate seat held by Richard Durbin (who is running for reelection and appears to have another easy victory ahead of him), all 18 US House seats (no open seats), all 118 state House seats and 21 state Senate seats, plus many local partisan offices, like county clerk, state’s attorney, and sanitation district trustees. No statewide officials are up for election in 2020, having each been elected to four-year terms in 2018. Many judicial seats are also up for grabs, including a supreme court position (elected by district).

In Illinois, the parties will be fighting tooth and nail in the vast Chicago suburbs as they prepare for redistricting.

Illinois has a (very) modified open primary system. While voters do not register to vote with their party affiliation, when arriving at the polls for a primary election, each voter must publicly request which party’s ballot they want to use. The party ballot selected is officially recorded for each voter, becoming public record. Given Illinois’s history of partisan conflict and its individualistic political culture, the recording of these primary ballot selections has famously led many state workers (and many people living in Springfield and other towns with heavy state employment) not to vote in primaries for fear of retaliation from the other party. As it has in many states, Illinois voter registration policy has become much less restrictive in recent years. While regular voter registration closes 27 days before each election, online registration is open until 16 days prior to the election and certain voting locations offer “grace period registration” right up to election day, working much like same-day registration. Absentee ballots no longer require an excuse. Indeed, in recent elections, party and advocacy organizations have incorporated efforts to get absentee ballots distribution into their campaign strategies. Early voting can occur within 40 days of the election at select locations, and its use is widespread and growing. In the presidential primary, voters select a candidate, and these results determine (in part) how many delegates a candidate receives. Those wishing to serve as national convention delegates run individually in congressional districts, committed to a certain candidate. The Democratic and Republican parties in the state use somewhat different processes and formulae to convert these election results into delegate counts and individual delegates.

The state’s primary could potentially affect the Democratic nomination in 2020, but Illinois has historically had limited influence on presidential primaries due to its somewhat late appearance on the calendar.

Illinois politics is inwardly facing. That is, the offices that matter in the state’s power structure, roughly in descending order of importance, are a) the governor and the mayor of Chicago (equally important institutionally), b) statewide officers, c) alderpersons and mayors of major municipalities, and d) state legislators. Elections for members of Congress and the president generally do not excite the parties or the electorate much. Illinois sends people to Congress who are the scions of powerful political families (e.g., Dan Lipinski and Jesse Jackson, Jr.), former congressional staffers (e.g., Rodney Davis and Phil Hare), random gadflies (e.g., Mike Bost and Aaron Schock), and those who don’t fit into the Illinois political culture (e.g., Barack Obama and Durbin). And the presidential general election race has not been competitive in Illinois since 1988, when George H.W. Bush edged out Michael Dukakis in the state by 2 percentage points. The state’s primary could potentially affect the Democratic nomination in 2020, but Illinois has historically had limited influence on presidential primaries due to its somewhat late appearance on the calendar. In 2008, the Illinois General Assembly tried to help favorite son Obama’s candidacy by moving the presidential primary date to February 5—ironically, since this ended up being the longest-fought presidential primary battle in some years.

While as many as three or four US House races could be competitive in Illinois in the fall, the main action in the primary season is in state legislative races. Democrats have dominated the General Assembly for over 15 years, but there are always battles for the half dozen to a dozen marginal seats. In 2018, the Democrats continued to make gains in the sprawling Chicago suburbs. DuPage County, in particular, which like Orange County, CA, and Waukesha County, WI, used to be among the most solid GOP strongholds in the nation, saw significant gains by Democrats in 2018, leading to continued Democratic supermajorities in both the Illinois House and Senate. Primary elections in 2020 will involve the GOP recruiting candidates to take on these freshmen Democratic legislators. The traditional conflict between moderate and movement conservative Republicans in suburban GOP primaries is being seen again this year, with the result being potentially detrimental for party. When a movement conservative wins the GOP nomination in these rapidly evolving areas of the state, it can make it easier for the Democrat to win in November. It is in these suburbs that the GOP lost two US House seats in 2018. If movement conservatives win the primaries for those congressional seats, the GOP will not likely win back these seats in 2020—especially with Trump on the ballot.

Two additional developments complicate the primary environment in Illinois in 2020. First, members of the General Assembly will undertake legislative redistricting next year, which is arguably the single most important bill of the decade, politically. In Illinois, a party with unified control can redistrict through the regular legislative process unilaterally. Given that Democratic Governor J.B. Pritzker is serving a four-year term that began in 2018, and that it is unlikely that Republicans will gain a majority in either legislative chamber this year, the Democrats will probably draw the maps next year as they see fit. In past decades, the out-party had a better chance of winning a seat at the redistricting table with a strong showing in the run-up election. The chances of this are so remote this year that GOP leaders rarely speak of it.

First, members of the General Assembly will undertake legislative redistricting next year, which is arguably the single most important bill of the decade, politically. In Illinois, a party with unified control can redistrict through the regular legislative process unilaterally.

The other political development in Illinois that will affect the primary election (and much more) is the seeming breakdown of long-established political organizations. Importantly, 50-year Chicago Alderman Ed Burke was indicted for a variety of nefarious political activities in 2019. Burke’s organization was a political juggernaut on the southwest side of the city for generations (e.g., his wife currently serves as the chief justice of the Illinois Supreme Court), but federal investigators wired up another alderman who got the goods on Burke. A second remnant of long-time Irish dominance in Illinois politics—with a direct link back to Mayor Richard J. Daley—is the apparent threat to Illinois House Speaker Michael Madigan. Madigan is the longest serving legislative chamber leader in US history, having held the position for almost 40 years. As a result of his longevity and political skill, he has accumulated substantial power in Springfield. He has also been chair of the Democratic Party of Illinois since 1998, another post with significant influence and opportunity for generating campaign contributions. But over the past several months, several lobbyists, staffers, and lawmakers close to Madigan have come under investigation for everything from #MeToo problems to old fashioned “cash in a brown paper bag” bribery. Whether these investigations will topple Speaker Madigan is unclear, but at 78 years old, his time in office is limited. The president of the Senate just stepped down in January, and the resulting free-for-all battle for leadership in that body is a precursor to what will certainly be a wild contest when Madigan does retire—or is beaten in election. Given these developments, the 2020 Illinois primary is a precursor to major political shake-ups in the state in the next few years.