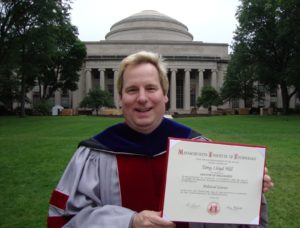 Unlike many states, which hold primary elections, Minnesota has long been a caucus/convention state. Its precinct caucuses have traditionally come the month after the first-in-the-nation Iowa caucuses. Minnesota has the longest track record of any state of continuously supporting the Democratic candidate for president. The last time the state’s electoral votes went to a Republican presidential candidate was during the Nixon landslide of 1972. The Democratic Party is known in Minnesota as the Democratic-Farmer-Labor Party, or DFL, due to the 1944 merger of the Democratic and Farmer-Labor parties. As of 2020, all statewide elected officials are DFL, as are both US Senators and five of eight members of the US House delegation. The DFL controls the Minnesota House of Representatives with 74 seats to 54 Republicans, while Republicans control the Minnesota Senate with 35 seats to 32 DFLers. At the outset of such an important election year, it is important to understand the complicated system for choosing national convention delegates from Minnesota.

Minnesota has the longest track record of any state of continuously supporting the Democratic candidate for president.

In 2020, Minnesota is using a hybrid primary and caucus/convention system. Precinct caucuses will be held on Tuesday, February 25. The primary will be held on March 3, with early voting starting on January 17. This will be the first presidential primary in Minnesota since 1992, which was the first since 1956. The 1992 DFL presidential primary was advisory only, as the party used the caucus/convention system to choose presidential delegates. In 2020, the proportion of presidential delegates will be determined by the primary. Since President Trump is running essentially unopposed for the Republican nomination, the DFL contest is attracting more attention. As of January 16, the following candidates are listed on the ballot for the primary election:

In the 1980s and into the 1990s, Minnesota sent more uncommitted delegates to the Democratic National Convention than any other state, at a time when the anti-abortion movement was active in the party, but this is no longer the case. A late lawsuit challenged the Republican Party primary’s one-candidate ballot. A fringe candidate lost his suit at the district court level, and the policy was upheld by the Minnesota Supreme Court on January 9, 2020. In a highly unusual move, the DFL has filed an amicus curiae brief in support of the Republican Party’s position.

The DFL will choose 91 delegates and six alternates to attend the Democratic National Convention in Milwaukee this July. The allocation of delegates to candidates will be determined by the presidential primary vote. The election of the delegates themselves will result from a process that begins at the precinct caucus. On that evening, caucuses will theoretically convene for each party in each of the more than 4,000 election precincts in Minnesota (many will not convene due to no turnout). Party members present will elect delegates to the next level, known in the DFL as the county unit (a county unit is an actual county in rural areas of Minnesota and a state senate district in urban areas). A precinct caucus is a much more intense and time-consuming event for voters than merely voting in a primary. A caucus can take anywhere from one to four hours, with two hours being average. Thus, only the most committed partisans attend them; whereas turnout for the presidential primaries in Minnesota might exceed one million. Also, voters must publicly express their opinions and cast their votes at a caucus while a primary, of course, utilizes a secret ballot.

Also, voters must publicly express their opinions and cast their votes at a caucus while a primary, of course, utilizes a secret ballot.

Amy Klobuchar running third in her home-state primary and caucuses; however, many voters and caucus attendees will be waiting to see how candidates perform in other early caucuses and primaries, including the Iowa caucuses and the New Hampshire primary.

As of January 16, candidates Biden, Klobuchar, Sanders, and Warren are the only Democratic candidates who have paid staff in Minnesota, as does President Trump.  Recent polls have showed Sen. Amy Klobuchar running third in her home-state primary and caucuses; however, many voters and caucus attendees will be waiting to see how candidates perform in other early caucuses and primaries, including the Iowa caucuses and the New Hampshire primary. Minnesota DFLers have not always been in lockstep behind home-state presidential candidates. In 1968 and 1984, respectively, Minnesotans Hubert Humphrey and Walter Mondale (both having been elected vice president of the US) faced substantial competition within their home state. Political scientists have been disproportionately represented among presidential candidates from Minnesota.  Humphrey was a PhD student in political science at the University of Minnesota when he left graduate school to become mayor of Minneapolis. After being defeated for the presidency in 1968, he taught political science at Macalester College and the University of Minnesota before returning to the US Senate in 1971. Another Minnesota political scientist, Paul Wellstone of Carleton College, served in the US Senate from 1991 until his untimely death in 2002, and fielded an exploratory presidential campaign in 2000.  Thus, Senator Klobuchar being from Minnesota affords her some, but not maximum, advantage.  The days when a state party would unanimously support a candidate from that state (e.g., “favorite son”) are over.

Tony L. Hill was awarded a Ph.D. from the Massachusetts Institute of Technology and teaches at Franklin Pierce University. He has participated in the Minnesota DFL as a party officer and convention delegate and has attended the Minnesota Republican state convention as an observer.