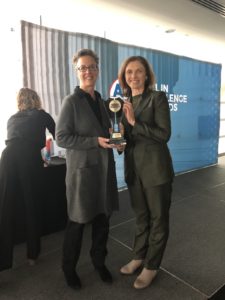 Like others in the discipline, much of my career in higher education has involved leading campus efforts to register and mobilize students for elections. On the Rutgers University-New Brunswick campus, these efforts have centered around our RU Voting project, a nonpartisan University-supported resource providing students all the information and inspiration they need to get to the polls on Election Day. The 2018 election was a turning point though – marking a purposeful, evidence-driven, campus-wide collaboration to equip and encourage our students to be informed and active citizens.

Spurred by such regional and national competitions as the Big Ten Voting Challenge and the ALL IN Democracy Challenge, our campus was motivated and united in ways we’d never been around student voter engagement. Given the size of the student body and the geographic distribution of the campus, such collaboration and administrative partnership is critical. Thankfully, our efforts paid off with turnout rates on our campus increasing 31% percentage points between 2014-2018, earning us regional and national recognition. As campuses around the country take stock and prepare for 2020, I’m happy to share the ways in which Rutgers University-New Brunswick has applied research and best practices to foster student democratic engagement.

Given its layout and organizational structure, there are significant challenges associated with crafting and disseminating a unified student voter engagement message and mobilization strategy on our campus.

Rutgers University-New Brunswick is a large urban campus with an enrollment of nearly 50,000 students.[1] Approximately 16,000 of our students live in residence life but many students either commute or live in off-campus housing near the campus. Rutgers University-New Brunswick is quite disbursed geographically, spreading into three separate municipalities[2] and consisting effectively of various “campus communities”.[3] Of the 7 polling locations that serve Rutgers students, 3 are in campus facilities and the remaining polling sites are located in schools or churches in the area – one of which is inaccessible via Rutgers transportation system. Given this context, campus-wide collaboration and administrative partnership is a necessity.

Our efforts for the 2018 election revolved around three core goals: making good use of scholarly research and evidence-based best practices and National Study of Learning and Voter Engagement (NSLVE) data regarding our students’ registration and turnout rates; leveraging existing voter engagement efforts on campus; and building a campus-wide coalition of faculty, staff, and students to organize and execute an effective and broadly-felt voter education and mobilization strategy. 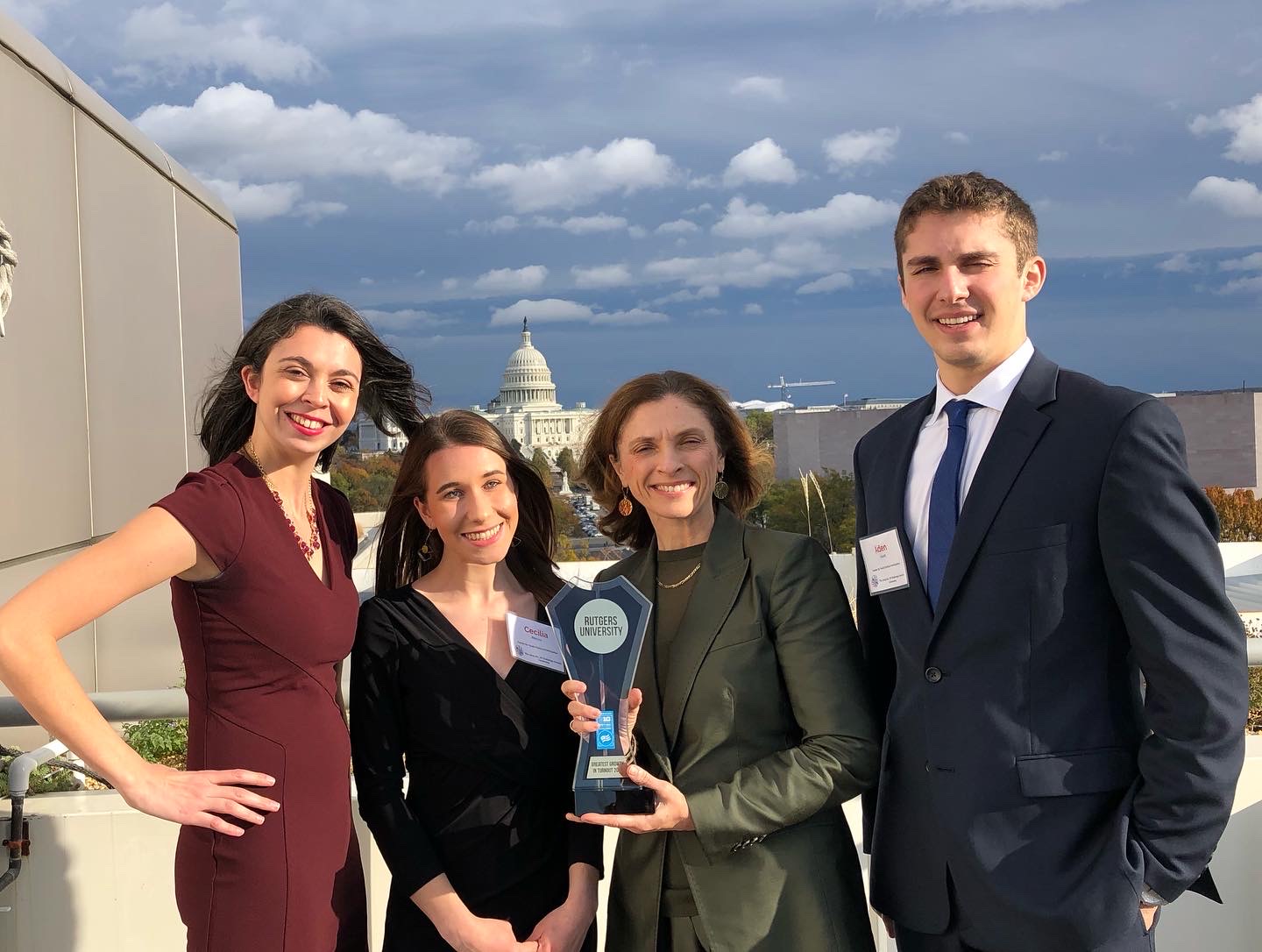 Like many campuses, NSLVE has provided essential student registration and voting data, providing benchmarks for our campus.

To be sure, these data have informed our efforts. For example, through our campus reports, we learned that our registration rates were comparatively strong but that getting our registered students to the polls was our greatest hurdle. We also learned that very small numbers of students were taking advantage of New Jersey’s Vote-by-Mail option – a particularly useful option for students busy on Election Day. This research as well as the growing body of research on effective campus registration and mobilization tactics guided our every move as we prepared for 2018.

For example, through our campus reports, we learned that our registration rates were comparatively strong but that getting our registered students to the polls was our greatest hurdle.

Thankfully, our campus was not starting from scratch in 2018, and our RU Voting effort served as a central pillar around which to build our student engagement efforts. The centerpiece of RU Voting is our website, a Rutgers-specific one-stop-shop for students who want to get registered and to the polls on Election Day. For years, it has served as a central hub and students have been directed to the RU Voting website in campus-wide emails reminders and through common student portals. With our complementary on-the-ground mobilization efforts, RU Voting then served as a model in our 2018 planning.

What made 2018 different though was the collaboration between RU Voting and the Division of Student Affairs along with NJPIRG Students, a longstanding force on our campus.

Kicking off our efforts with a Civic Engagement Summit in the spring 2018, we worked collaboratively to form a coalition of faculty, staff, and student groups; craft a civic action plan and campus calendar; hold in-person and virtual meetings throughout the summer and fall of 2018; design a set of graphic images to ensure a consistent message; disseminate these messages broadly through students centers, residence life, dining services, and more; and organize and administer high-profile pre-Election Day parties and “Parties at the Polls” that included day-long shuttles to inaccessible polling locations.

The combination of putting research into practice, building upon existing structures, and collaboration was transformative for our campus – not only for the 2018 election but as we look ahead to the future.

The combination of putting research into practice, building upon existing structures, and collaboration was transformative for our campus – not only for the 2018 election but as we look ahead to the future. Our collaborative efforts resulted not only in dramatically higher turnout rates and recognition from our peers, but an increased appreciation of the critical importance of fostering a campus culture conducive to student engagement. As Nancy Thomas and Margaret Brown assert in Teaching Civic Engagement Across the Disciplines, political learning must extend beyond Election Day and take place 365 days a year. Inspired by the increased engagement of our students and the heightened recognition paid to democratic learning by our campus, we look forward to vigorous and effective student voter engagement for elections to come.

Elizabeth C. Matto is an Associate Research Professor at Rutgers University’s Eagleton Institute of Politics and Director of the Institute’s Center for Youth Political Participation. She earned her doctorate in American Politics at the George Washington University. As director of the Center for Youth Political Participation, Matto leads research as well as educational and public service efforts to support the political learning and engagement of high school and college students and civic action among young adults. She edits the web-based companion to the American Political Science Association’s publications Teaching Civic Engagement: From Student to Active Citizen and Teaching Civic Engagement Across the Disciplines, a resource for educators who want to include political learning techniques into their curriculum. She also is the lead editor on the text Teaching Civic Engagement Across the Disciplines (2017). In 2016, Matto was awarded the Craig L. Brians Award for Excellence in Undergraduate Research & Mentorship by the American Political Science Association. In May of 2017, Matto was named APSA’s Member of the Month. She has served as co-chair of the program committee for APSA’s Teaching & Learning Conference and the Political Science Education division for the annual meeting of the American Political Science Association.