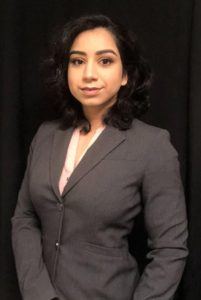 “Man is a political animal,” Aristotle says famously, but how do today’s students remain political animals when the political landscape seems brutally animalistic? Students are inundated with a multitude of groups clamoring for political recognition and this contentious political sphere might lead to disengagement. Further, students are at an important crossroads of ideological cohesion. They manifest Western, democratic, liberal values of autonomy, individualism, freedom, and democracy, but ever increasingly witness liberal ideology under attack. Liberal hyper-individualism of the 20th Century clashed with vocal minority groups and today’s students are left in between deciding how to balance their individual rights and still give equal and proper representation to minority groups broadly defined including racial and ethnic groups, feminist movements, LGBTQ communities, Americans with disabilities, and minorities of national origin just to name a few.

Today’s college student is tweeting #BlackLivesMatter and #MeToo and attending universities with curriculums vested in diversity, inclusion, and equity. These questions of minority inclusion are presented personally and academically, and students may feel lost, trying to merge contentions between groups. With so many individual rights to consider, students may also feel politically disengaged. “How,” they wonder, “can I participate in a political system that seems like a zero-sum game of rights? Isn’t it easier to opt out of these conversations?”

So students must decide the value of their political participation.

They should stay politically involved and protect concepts of freedom, individual choice, and democracy while simultaneously rejecting hyper-individualized institutions that seem to protect the status quo. When liberalism begins to crack, I argue that the classic tradition of civic republicanism can give American political science students the opportunity to engage in a system that protects freedom, individual choice, and democracy, while rejecting hyper-individualization.

Civic republicanism is a long standing and classical tradition that has interwoven itself in the Western world. Names like Cicero, Niccolo Machiavelli, Mary Wollstonecraft, and James Madison are often associated with its historical development. Contemporary writers like J.G.A. Pocock, Quentin Skinner, and Philip Pettit are attributed with placing republicanism front and center as a foil to liberalism in the 20th Century and beyond. In her book Civic Republicanism, Iseult Honohan provides the following definition of republicanism:

“Civic republicanism addresses the problem of freedom among human beings who are necessarily interdependent. As a response it proposes that freedom, political and personal, may be realised through membership of a political community in which those who are mutually vulnerable and share a common fate may jointly be able to exercise some collective direction over their lives” (Honohan, 2002, p. 1) [1]

There is a lot to unpack in such a heavy definition. First, republicans focus on freedom, but recognize that freedom is not freedom from other people; it is freedom shared with other people. And as such, we can only come to understand freedom when we understand our role in a political community. We do not exist as independent citizens. We only exist when we recognize our shared and common fate. A student seeking to find their place amidst the battle for rights may feel some comfort reading this definition of republicanism. Their freedom is not thrown to the wayside to make room for the most vocal group. There is a mutual understanding that the minority group is decidedly interested in preserving your freedom as well as their own. Students can feel confident knowing the zero-sum game is circumnavigated.

But reading a definition so rosy and ideal is a lot easier than manifesting these lessons from civic republicanism. It is the job of educators to introduce republicanism into students’ lives so they may use these lessons from this classic tradition. Assignments, readings, and classwork that promote republicanism can help students see the relevancy of this alternative perspective. Not only will it give students a reference manual when they are confronted with difficult political questions, but it can turn to real political change as they become civically involved.

One sample assignment that can help develop republicanism can be identifying how liberal values and republican values engage with each other over time. Students may identify political theory texts or real political moments and identify when liberal values of individualization manifest and when republican values of interdependent freedom emerged as a response. Examples of this might be examining suffrage and civil rights movements in the United States.

Students may also engage in a “devil’s advocate” type of paper in which they purposefully defend a text or position that is in direct disagreement to their own perspective.

A major portion of these papers should be dedicated to the student’s developmental journey in defending this antagonistic position and how they might reconcile a displeasing policy decision with their own values.

Finally, students may write a paper that attempts to create compromise between opposing movements. Students can act as public policy experts and propose solutions to the debates they witness in the world while still maintaining a level of respect for both dichotomous positions.

When students are challenged in this way, republicanism takes on a different meaning than an alternative ideology they might encounter in their political theory classrooms. Students who are asked to engage in the republican tradition may no longer feel trepidation when stepping into a political landscape that is rife with contention. They can embrace these conflicts with the intent of fulfilling our mutually shared definitions of freedom and become the political animals they were destined to be.