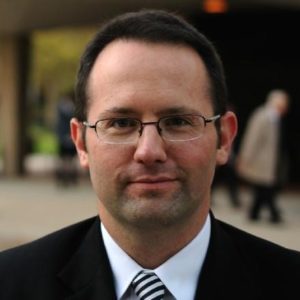 Politics involves making a choice between competing alternatives and, moreover, taking responsibility for those choices. Refusing to admit practical realities only invites the same political paralysis that political purists bemoan and uncritically redirect in their protest votes or symbolic, yet nonetheless politically meaningful, abstentions from what they consider to be a rigged system.[1] History has validated the inviolability of third-party platforms in an electoral system made to exclude them. Failing to recognize this while also supporting them from an individual stance speaks less to a “rigged system” than it does to an apathy to accept political realities and personal responsibilities. Making use of theoretical and historical insights, I argue that political considerations, particularly the structural designs of the Constitution, have given way to counterproductive sectarianism, as expressed by the embrace of third parties in recent American elections.

Democratic political practice rests on the ability to link one’s principles with one’s interests. Rousseau reflected this foundational component of democratic theory well in The Social Contract (1762), when he declared “…I shall try always to combine what right permits with what interest prescribes, so that justice and utility not be disjointed.”[2] There can never be an absolute nexus between principles and interests,[3] or between theory and practice or political ends and means.[4] But effective political engagement nevertheless requires distinguishing their relationship and attempting to unify them in manners consistent with the given political structure. In the American political context, this requires accepting the two-party system for practical purposes. Refusing to do so from a normative standpoint, which highlights personal convictions over structural demands, reflects the opposite of a political mindset: It reveals sophistry.

Principles have become increasingly divorced from interests in the contemporary American political landscape. Embracing third-party candidacies privileges principles at the expense of interests.

Principles have become increasingly divorced from interests in the contemporary American political landscape. Embracing third-party candidacies privileges principles at the expense of interests. Sectarianism of this sort, borne out of political purity, has empirically proven self-defeating. Absent an overhaul of the American electoral process, the two-party system necessitates making a Hobson’s choice from time to time.

Sectarianism traverses the ideological spectrum and has contributed to third-party ventures for political office. Modern examples range from Ross Perot’s independent run, which undercut George H. W. Bush’s reelection in 1992, to Ralph Nader’s spoiler candidacy that delivered Bush’s son a victory in the electoral college eight years later. In similar fashion, Jill Stein’s Green Party bid for office dashed Hillary Clinton’s presidential ambitions by siphoning off decisive votes in key swing states during the 2016 election.[5] What is past is shaping up to be political prologue as the ideological coherence of the Democratic Party continues to break down, as evidenced by the recent entrance of Michael Bloomberg’s and Deval Patrick’s entrance into an already crowded field of establishment and insurgent figures of the Democratic Party.

What is not (or should not be) in dispute, however, are the qualitative distinctions that separate the more progressive members of this field from the 2016 standard bearer for the party.

Distinctions matter. Well-meaning people can quibble over the policy positions offered up by the ever-expanding field of candidates vying for the 2020 Democratic nomination for the presidency. What is not (or should not be) in dispute, however, are the qualitative distinctions that separate the more progressive members of this field from the 2016 standard bearer for the party. Symbolic comparisons of Elizabeth Warren to Hillary Clinton, for example, spread across new media—the digital playground for self-styled experts and politicos in the know—within weeks of her formal announcement to run in February 2019 only to resurface again when Bernie Sanders suffered a heart attack in October. Self-righteously amplifying intra-party policy differences, particularly between Elizabeth Warren and Bernie Sanders, to justify one’s immutable sectarian position speak to what Freud deemed the “narcissism of minor differences.”[6]

Conflating individual moralism with political action evinces an apolitical approach to politics. Dismissing structural considerations built into the fabric of the American republic in favor of exercising personal prerogative not only reflects sectarian hubris but also an inability or unwillingness to recognize Hegel’s identification of freedom as the “insight into necessity.”[7] Sectarianism has often proved a harbinger to political defeat. It was a contributing factor in the results of the last presidential election and can easily prove to be another in the next.

Dr. Edwin Daniel Jacob is a Post-Doctoral Research Fellow with the School for Conflict Analysis and Resolution at George Mason University. His latest work, American Security and the Global War on Terror, will be appearing in Routledge’s Emerging Technologies, Ethics, and International Affairs series in 2020.

[1] “Politically everyone acts in the modern state, at least by voting, or failing to vote, in elections. The sense of political liability lets no man dodge.” Karl Jaspers, The Question of German Guilt, trans. E. B. Ashton (New York: Fordham University Press, 2001), 56.

[3] Carl Schmitt, an ardent critic of democracy in general and liberalism in particular, castigated parliamentarism on the basis of how particular interests, represented by shifting coalitions, inhibit the formation of a mutable, national interest. Carl Schmitt, The Crisis of Parliamentary Democracy, trans. Ellen Kennedy (Cambridge, MA: MIT Press, 1988), 25-32.

[4] “It is obvious that no matter how complete the theory may be, a middle term is required between theory and practice, providing a link and a transition from one to the other. For a concept of the understanding, which contains the general rule, must be supplemented by an act of judgement whereby the practitioner distinguishes instances where the rule applies from those where it does not. And since rules cannot in turn be provided on every occasion to direct the judgement in subsuming each instance under the previous rule (for this would involve an infinite regress), theoreticians will be found who can never in all their lives become practical, since they lack judgement.” Immanuel Kant, “On the Common Saying: ‘This May Be True in Theory, But It Does Not Apply in Practice,’” in Kant’s Political Writings, trans. H. B. Nisbet (Cambridge: Cambridge University Press, 1970), 61.

[6] “In numerous cases of apparently ethno-nationalist conflict, the deepest hatreds are manifested between people who—to most outward appearances—exhibit very few significant distinctions.” Christopher Hitchens, “The Narcissism of the Small Difference: In Ethno-national Conflicts, It Really is the Little Things that Tick People Off,” Slate, June 28, 2010, https://slate.com/news-and-politics/2010/06/in-ethno-national-conflicts-it-really-is-the-little-things-that-tick-people-off.html.