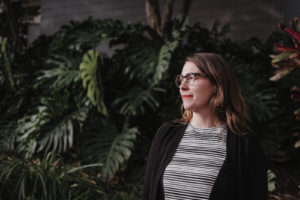 The most pressing issues of our times such as climate change, reproductive justice and health care are often hailed as complex, wicked or intractable. To address these, not only do we need creative methods of civic engagement, but serious consideration of and engagement with affected parties throughout all stages in the process from design through to decision-making and dissemination. The outsider academic “expert” has much to learn from the diverse forms of expertise that communities offer researchers, policy officials and decision-makers.

In a recent interview with interpretive scholar Nick Cheesman, host of the New Books Network podcast, I discussed how political science needs innovative approaches and methodologies to respond to the layered challenges of environmental injustice and decolonization. During our hour-long conversation we chatted about pollution, toxic exposure and how interpretivist methods build upon the place-based foundations of grounded normativity, political ethnography and sensory approaches to shed some light on the shadows of these issues. Our conversation drew upon a decade of community-engaged scholarship with members of the Aamjiwnaang Nation, located in the polluted heart of Canada’s Chemical Valley. I elaborated on how I see sensing policy as a bridge between theoretical and practical arenas and community and academic worlds. As I discuss in Everyday Exposure, this bridge connects four central features of interpretive inquiry: lived-experience, situated bodies of knowledge, multilayered analysis and geopolitical location.

While it would be overly naive and optimistic to claim to have the answers to resolve thorny issues, a relational, relationship-focused, research approach that goes beyond the standard fare of a positivist one holds the potential for more inclusive policy engagement.

While it would be overly naive and optimistic to claim to have the answers to resolve thorny issues, a relational, relationship-focused, research approach that goes beyond the standard fare of a positivist one holds the potential for more inclusive policy engagement. The latter all too often clings to the primacy of the academic scholar as an objective, scientific, authority figure. Instead, intersectional and interpretive investigation bear the potential to move academic-activist scholarship in a more collaborative direction, and toward what Leah Levac and I refer to as policy justice in our forthcoming anthology Creating Spaces of Engagement with University of Toronto Press. Our orientation towards civic engagement involves engaging those most affected by injustices every step of the way in research and policy processes. Policy justice requires imagination, sensitivity and meaningful deliberation.

This orientation to civic engagement requires humility and an ethic of care that reminds the academic researcher that they must be in service to the communities they work with. We should not simply approach those experiencing injustices in their everyday lives to extract their data, stories and lived-experiences.

Co-creation is imperative for policy innovation. I often tell my students that three key words guide my approach to research: critique, create, collaborate. This mantra informs the ethic of co-creation that animates the Reimagining Attawapiskat project, an Indigenous youth-led mixed media initiative that aims to recalibrate the predominant portrayal of their community as constantly in crisis. In tune with the Cree folk-rock band Midnight Shine, this project both accentuates the dark shadows of Canada’s continued legacy of colonization and casts light over pathways to celebrate Cree culture. A vignette about the rhythmic power of the drum opens up the conclusion of my manuscript in progress Life against a State of Emergency. This relational approach to Indigenous environmental justice research contends with Western liberal values that centre upon the primacy of private property and the supremacy of humans over the environment. In this community-engaged work, drawing from interviews and mixed media storytelling workshops with community members from Attawapiskat, I discuss the significance of conceptualizing treaty relationships as more than a contract or surrender, but as an ongoing, relational commitment, between humans and more-than-human environments. This orientation to civic engagement requires humility and an ethic of care that reminds the academic researcher that they must be in service to the communities they work with. We should not simply approach those experiencing injustices in their everyday lives to extract their data, stories and lived-experiences. Many communities living at the frontlines of climate change – rising seas, melting ice, forest fires, floods, eroding shorelines – have much to tell us about what action is required to survive these changes. Our challenge is to not just engage, but to listen. Our collective survival depends on it.

Dr. Sarah Marie Wiebe grew up on Coast Salish territory in British Columbia, BC, and now lives in Honolulu, HI. She is an Assistant Professor in the Department of Political Science at the University of Hawai’i, Mānoa where she focuses on environmental sustainability. She has published in journals including Citizenship Studies and Studies in Social Justice. Her book Everyday Exposure: Indigenous Mobilization and Environmental Justice in Canada’s Chemical Valley (2016) with UBC Press won the Charles Taylor Book Award (2017) and examines policy responses to the impact of pollution on the Aamjiwnaang First Nation’s environmental health. Alongside Dr. Jennifer Lawrence (Virginia Tech), she is the Co-Editor of Biopolitical Disaster. At the intersections of environmental justice and citizen engagement, her teaching and research interests emphasize political ecology, participatory policy making and deliberative dialogue. As a collaborative researcher and filmmaker, she worked with Indigenous communities on sustainability-themed films including Indian Givers and To Fish as Formerly. She is currently collaborating with artists from Attawapiskat on a project entitled Reimagining Attawapiskat funded through a SSHRC Insight Development Grant. Sarah is also a Project Co-Director for the Seascape Indigenous Storytelling Studio, funded through a SSHRC Insight Grant with research partners from the University of Victoria, University of British Columbia and coastal Indigenous communities.