Edie N. Goldenberg, Professor of Political Science & Public Policy at The University of Michigan, is a guest contributor for the RAISE the Vote Campaign. The views expressed in the posts and articles featured in the RAISE the Vote campaign are those of the authors and contributors alone and do not represent the views of APSA. 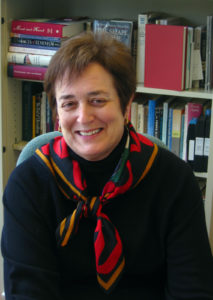 by Edie N. Goldenberg, Professor of Political Science & Public Policy at The University of Michigan

In 2014, student turnout at the University of Michigan-Ann Arbor in the midterm election was only 14%, and the turnout in 2016 was only 44%. Both figures were well below average for student turnout at universities across the U.S. This struck me as an embarrassing educational failure, especially for a school with a strong political science tradition and a self-image of political activism. This pitiful lack of democratic engagement could not stand. In 2017 our campus went to work.

Two years later, in 2018, our campus student turnout tripled, increasing to 41%, an increase larger than the average increase across colleges and universities in the country. What I will describe below are three significant aspects of our nonpartisan campus initiative that helped us up our game: 1) a presidential endorsement; 2) a campus-wide coalition; and 3) a student-led effort enabled by faculty and administrative support.

In the spring of 2017, our president, Mark Schlissel, agreed to approach the other 13 leaders of universities in the Big Ten and ask if they would join him in a Big Ten Voting Challenge (BTVC) for 2018. Very quickly, they all agreed. They also agreed to provide at least $10,000 each from their budgets to support their campus effort. There would be two winning campuses: the one with the highest voting turnout and the one with the most improved turnout over 2014. They agreed — even though state election rules varied in ways that created a very uneven playing field for the contest and even though the campuses varied from 9% to 36% student turnout in 2014. All of the campus leaders thought we could do much better.

Presidential endorsements are important in bringing the entire campus into the effort, enabling vital access in three ways. First, the presidential support meant that we were given access to new student orientations, a wonderful way to help large numbers of undergraduate students as they entered the university get themselves registered to vote. Student government had long sought access to orientation for a similar purpose without success because even small amounts of time at orientation are precious and in high demand. Second, presidential support meant we were able to set up meetings during the summer of 2017 with all 19 school and college deans plus the athletic director. This meant we could reach graduate and professional students and athletes who tend to identify more with their academic homes and their teams than with the university as a whole. Working with deans also allowed us to adapt plans to the specific schedules and traditions of each individual school. Third, presidential support brought vital assistance from the vice presidents of student services (residence halls, Greek life, etc.), governmental relations (Secretary of State), communications (social media platforms, press releases, etc.), the registrar, the general counsel, as well as access to programs focusing on off-campus study, international students, academic advising, and so forth. All of these actors have helped in creative ways.

Political science and communications research is only marginally helpful in guiding our messaging to students about the importance of voting in national, state, and local elections. Studies report on the relative effectiveness of different forms of contact – online messages, face-to-face appeals, posters, announcements in class, and so on – but not so much on the effectiveness of specific appeals.

Previous efforts on our campus to spur student political engagement had been led by our Central Student Government and by partisan student organizations working independently and with limited success. In 2017, we formed a student-faculty-staff group called Turn Up Turnout (TUT) that welcomed undergraduate and graduate students and interested faculty and staff from across the university. This group is housed in the Department of Political Science, but its reach is campus-wide. TUT works in close partnership with the Ginsberg Center for Civic Engagement, the university unit officially responsible for the Big Ten Voting Challenge.

The president and vice president of TUT are undergraduates who are paid an hourly wage. They provide essential student leadership and creativity for all of our activities. For example, TUT recruits, trains, and provides the student volunteers who work on voter registration and voter turnout. TUT undergraduates designed and delivered a workshop on why it’s important to vote; they applied for grants from various on- and off-campus sources to support our work; they formed committees on recruiting, outreach to student organizations, and education; they provided coordination with student government, athletics, and the various schools and colleges; they made presentations at national and state-wide conferences. And they learned a lot. 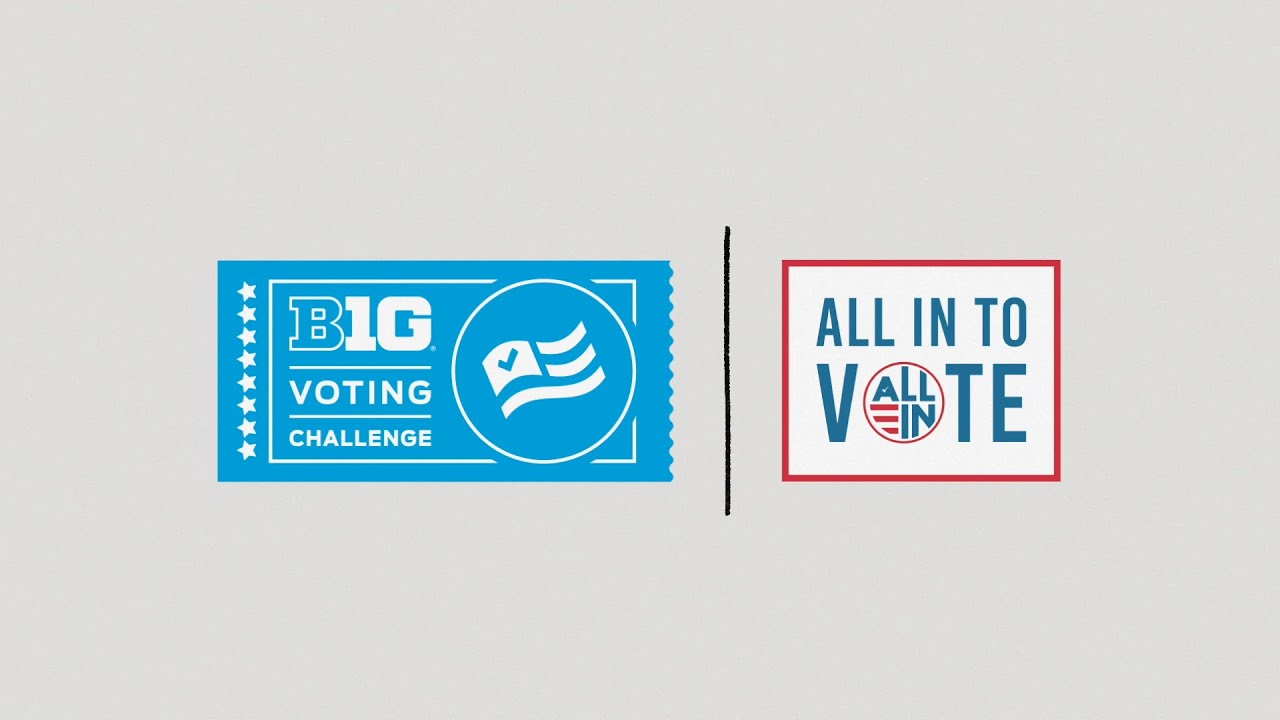 A Student-Led Effort, Enabled by Faculty and Staff

Political science and communications research is only marginally helpful in guiding our messaging to students about the importance of voting in national, state, and local elections. Studies report on the relative effectiveness of different forms of contact – online messages, face-to-face appeals, posters, announcements in class, and so on – but not so much on the effectiveness of specific appeals. We believe that our students have better ideas about messaging their peers than do our staff or faculty, and we have relied on our students to lead that effort. We also turn to our students to help plan events that are fun and engaging for other students. What works for undergraduates doesn’t necessarily work for graduate and professional students. Our TUT leaders designed our “Bagels and Ballots” tabling events to register voters. They recognized the popularity of our campus corgi, Reggie, and designed the amazingly popular stickers and pins with a picture of Reggie and the message “I Reggie-stered to Vote.”  No members of our faculty had ever heard of Reggie. Our students arranged for therapy dogs to come join the National Voter Registration Day booths, making both dogs and dog lovers very happy.

A public policy and film class brought undergraduate and graduate students together to design, produce, distribute, and evaluate videos to encourage voter registration and turnout.

Faculty are also important to an effective campus-wide coalition. Faculty may provide five minutes in class to ask students to check their registrations, get registered to vote, or request an absentee ballot. They decide whether to add important dates of registration deadlines or Election Day to their syllabi or provide flexibility to students who may be late to class when they stand in lines to vote. Deans may encourage faculty, but faculty decide. Students may ask faculty to make announcements, and sometimes their requests are more persuasive than the encouragement of administrators.

Our faculty have been very willing – and creative – in building student voting into their class assignments. Business school marketing courses made our university competition in the Big Ten Voting Challenge a group project for students. An art and design class called “Voting Is Sexy” made student voter registration a goal for group design projects. A public policy and film class brought undergraduate and graduate students together to design, produce, distribute, and evaluate videos to encourage voter registration and turnout. And engineering students applied what they learned in systems design and optimization to develop a transit plan for Election Day. All of these students learned a great deal, and these classes produced ideas or products that were used in our campus effort.

A very important and under-utilized resource on our campus is the retired faculty member. Ironically, on many research campuses around the country, the faculty members who are most active in engaged student learning are young untenured faculty. They bring important dedication and energy to efforts to promote student voting, but they also know the least about how to get things done across the campus and they are often overwhelmed with their teaching and research responsibilities. In contrast, faculty members who have recently retired or who are near retirement often have extensive networks across the campus. They are comfortable working with everyone from students to presidents, they understand what “asks” are reasonable, and they have the time and freedom to contribute. A number of retired faculty members have been important contributors to TUT.

Without broad staff participation, we would have accomplished very little. Our staff helped us reserve spaces, distribute forms and stamps, set up online stations for voter registration, distribute messages by newsletter and social media, provide food, pay our bills – and in every other way one can imagine in support of our campus-wide initiative. They offered creative ideas and launched online discussions of plans to vote. Staff members are the essential partners that keep efforts on track and recognize opportunities that never occur to students or faculty.

Research on student voting is blossoming and offers important insights to inform our campus strategies. In 2018, the University of Michigan and MIT co-hosted a workshop the day before the APSA annual meeting, supported by the Andrew Mellon Foundation, that brought scholars and practitioners together to discuss what we think we know about student voting and what we wish we knew going forward. Four papers were commissioned to summarize the state of our knowledge at that point.

Three of them are available on APSA Preprints: “What We Know about How to Mobilize College Students to Vote” (Elizabeth Bennion, Indiana University, South Bend; David Nickerson, Temple University); “A Practitioner’s Perspective on Institutionalizing Voter Registration on College & University Campuses” (Robert Donahue, Northwestern University); and “Understanding and Confronting Barriers to Youth Voting in America” (Jared McDonald, University of North Carolina at Charlotte and Michael Hanmer, University of Maryland, College Park);

More needs to be done to bring practitioners and scholars together to design and execute sound studies. Meanwhile, state voting rules are constantly changing and being implemented differently by newly-elected officials, and campus leaders need to adjust their strategies with both scholarship and rules in mind. Sometimes we try tactics that simply don’t work, so careful reflection on campus plans is crucial to designing even more effective tactics for the future. Our goal is to instill habits of design based on systematic research (to the extent possible) and evaluation, followed by redesign. We want our students to learn from research, to apply appropriate lessons to action, and to become informed actors in our political system.

Every Big Ten university increased its student voting rate in 2018 as compared with 2014. The student vote at conference institutions as a whole increased by 2.5 times, more than the overall increase for colleges and universities nationally. We will soon announce the Big Ten Voting Challenge for 2020. Using an athletic conference in this way isn’t right for every campus, but finding a way to have the university president endorse a campus effort to promote student voting, building an all-campus coalition to plan and execute a strategy that fits the campus culture, and empowering the students to learn and lead are important steps toward success.

Edie N. Goldenberg is Professor of Political Science and Public Policy at the University of Michigan. She is currently the faculty director of Turn Up Turnout (TUT), a student organization on campus that works in a nonpartisan way to increase student voting. TUT works collaboratively with a large number of other organizations on the Ann Arbor campus as well as with other universities in the Big Ten Conference, with colleges around the state of Michigan, and with more than 50 other universities across the country. Previously, Dr. Goldenberg served as founder and faculty director of the Michigan in Washington Program (2004-16), Dean of the College of Literature, Science and the Arts (1989-98), and Director of the Gerald R. Ford School of Public Policy (1987-89). She is an elected member of the National Academy of Public Administration and a life member of the Corporation of the Massachusetts Institute of Technology.