Jeffrey Isaac, Professor at Indiana University, Bloomington, has agreed to allow APSA to repost this piece (originally featured on Public Seminar) for the RAISE the Vote Campaign. The views expressed in the posts and articles featured in the RAISE the Vote campaign are those of the authors and contributors alone and do not represent the views of APSA. 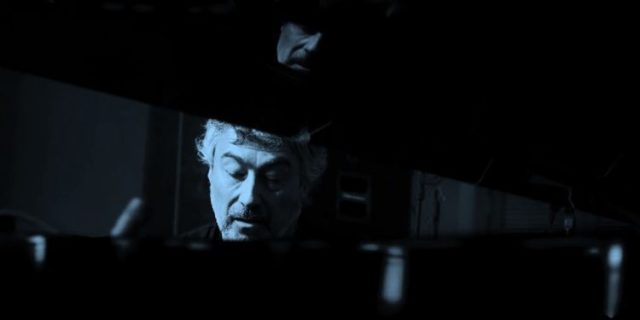 Getting Millennials to the Polls: An Extra-Credit Assignment on Voting and Citizenship
by Jeffrey C. Isaac, Indiana University, Bloomington

As commentators across the political spectrum agree, the upcoming U.S. elections on Election Day, November 6, are very important in determining the future of American democracy.

Readers of this column know that the only filter on my political opinions is the filter of language itself. I say what I think. I hold Trump and Trumpism in contempt. And I believe that the resistance to Trumpism ought to be linked to a left liberal politics of deepening democracy and social justice. These things are no secret, and most of my political writing here develops these ideas in an often partisan and always highly political way, and engages an audience of readers and writers who are similarly political. Public Seminar is above all a forum for promoting public discussion and debate about matters of public consequence, by sharing public knowledge that advances the public opinions of its writers, and that hopefully contributes to a sharing of perspectives and to new forms of political collaboration.

At the same time, while many of us are active as citizens and public intellectuals, we are also active as classroom teachers who take seriously the professional ethics and educational values associated with teaching. It is in this capacity, as a teacher of college students at a university, that I now write this column, sharing an idea about how we as college teachers might properly encourage our students to pay political attention and to vote in the upcoming elections.

My goal is to encourage interested colleagues to incorporate an extra-credit writing assignment linked to the experience of voting, an assignment that is optional , voluntary, non-intrusive, and non-partisan. My proposal, which includes a “model assignment,” is designed to satisfy these conditions.

For the record, I have cleared this idea with Indiana University’s Office of the Provost, and have been informed that an assignment such as the one I suggest is both lawful and in accordance with university guidelines (to be clear, while it was important for me to “clear” this idea before sharing it with other colleagues, I did not seek permission, for I never doubted the consistency of such an assignment with my own pedagogy). I have already given such an assignment to my own class. A number of other colleagues here have also indicated an interest in doing this.

I am now sharing it with colleagues in the broader academic community. I invite you to please consider incorporating such an extra-credit assignment into your classes if this makes sense to you. Many colleagues across the country are now signing on to a call for “A Day Off for Democracy,” so that students and workers can vote on Election Day. My proposed assignment is fully consistent with this call. And it is motivated above all by a serious commitment to the kinds of pedagogy, and broad civic education, that have long been considered central to liberal arts education in the U.S.

Please read the proposal below, and of course deal with it as you think best. While the proposal’s rationale makes specific reference to my local situation, many colleagues throughout the U.S. teach at colleges and universities that have made similar institutional commitments, and I believe that the proposal, as suitably modified, is justifiable at any self-respecting institution of higher learning. It offers one way that all college and university teachers who care about the upcoming elections and consider student voter participation to be important can do something in their classes to encourage student voter participation.

As a public university, Indiana University has long promoted broad, non-partisan civic education as part of its core educational mission. The university’s recent commitment to the Big Ten Voter Challenge is another. According to the Challenge website: “The Big Ten Voting Challenge aims to register students to vote and encourage them to go to the polls. This non-partisan effort is attempting to encourage competition between the 14 schools. After the 2018 midterm election, trophies will be giving to two universities; one for having the highest eligible voter turnout and the other for being most improved.”

IU Bloomington Provost and Executive Vice President Lauren Robel powerfully explained this commitment: “It’s important for all of our students to learn how to make their voices heard as active members of a community — at home, while they’re here in Bloomington and wherever they go after graduation. I hope that by taking part in voter registration efforts like the Big Ten Voting Challenge, students will start a lifetime habit of civic engagement.”

“One of the most important values we teach at our universities is the importance of civic engagement. Voting in elections gives our students a voice in the democratic process and in the decisions that affect local, state, and national issues. The Big Ten Voting Challenge is a nonpartisan initiative to encourage students to exercise their right to vote, which is among the most fundamental opportunities to be an active and engaged citizen.. . Our shared goal is activating full participation in our democracy, and supporting habits of robust civic engagement.”

I propose that interested colleagues include an extra-credit assignment in their Fall 2018 courses, intended to educate students about voting, to encourage them as students to exercise their right to vote, and to treat Election Day as a learning experience.

The assignment would be educational, non-mandatory, and non-partisan. It would center on a reflection on the experience of voting, or choosing not to vote, on Election Day. The assignment can be tailored by each interested teacher to the specifics of his or her specific classes so long as it is clearly optional, non-partisan, and has an educational component.

The model assignment below is tailored to Y212, a political science class I teach at Indiana University under the heading of Making Democracy Work (The actual course title is “Making America Great Again? The Declaration of Independence and the Meaning of American Citizenship”). I believe that something similar can be devised to suit almost any college course and certainly any political science, social science, or history course.

Tuesday, November 6, is Election Day in the U.S. All seats in the U.S. Congress, a third of the seats in the U.S. Senate, and a great many Governorships and state and local offices will be determined by the outcome of the election. And all U.S. citizens are eligible to vote. Indiana University is publicly committed to encouraging students to learn about and to exercise their right to vote. And reflection on how we experience our society, and the rights we have as members of society, is an important part of the educational process.

And so I am sharing with you an extra-credit assignment:

Every student who is so inclined can earn an additional 10 points on their Final Exam if they (1) show up at the local polling place on Election Day and (2) write a 500-word piece briefly explaining (a) what they saw and experienced there and (b) whether or not they voted and in a general sense why.

This assignment must be turned in by Tuesday, November 13. We will spend some time in class discussing the assignment the following week.

Note: This assignment is optional and non-partisan. It does not require or expect you to identify who you voted for or to declare your partisan leanings. Nor does it require you to disclose your citizenship status. It simply asks you to say something about how you experienced the voting process on Election Day and, in a general sense, why you decided to exercise your right or to abstain from doing so, or why the legal or logistical dimensions of the voting process prevented or might have prevented you from voting (for example if you were not registered to vote or if you were otherwise informed that you were not eligible to vote, perhaps because you are not a U.S. citizen). The purpose of this assignment is simple: to invite you to draw upon the perspectives discussed in our class and to reflect on your specific experience of Election Day at the polls.

Such an extra-credit assignment would not require students to vote. It would simply encourage them to personally experience Election Day at the polls, and to reflect on that experience. And in doing so, it would offer a positive incentive to students to think about what voting means, to show up at the polls on Election Day, and to reflect on what they saw and did while there.

There are a great many ways that we can be political in the run-up to the November elections and beyond, related both to the elections and to the broader situation.

This proposal simply furnishes one idea of something that many of us can do in our capacity as teachers, who reach many young people in our classes and are in a position to treat Election day as a productive learning experience.

I believe that it is no exaggeration to say that American public life could benefit from more such productive experiences of learning through doing, and that the future American democracy might well hang in the balance.

[…] 2018, I advanced a proposal for an extra credit assignment related to the experience of voting. Many such assignments can be […]