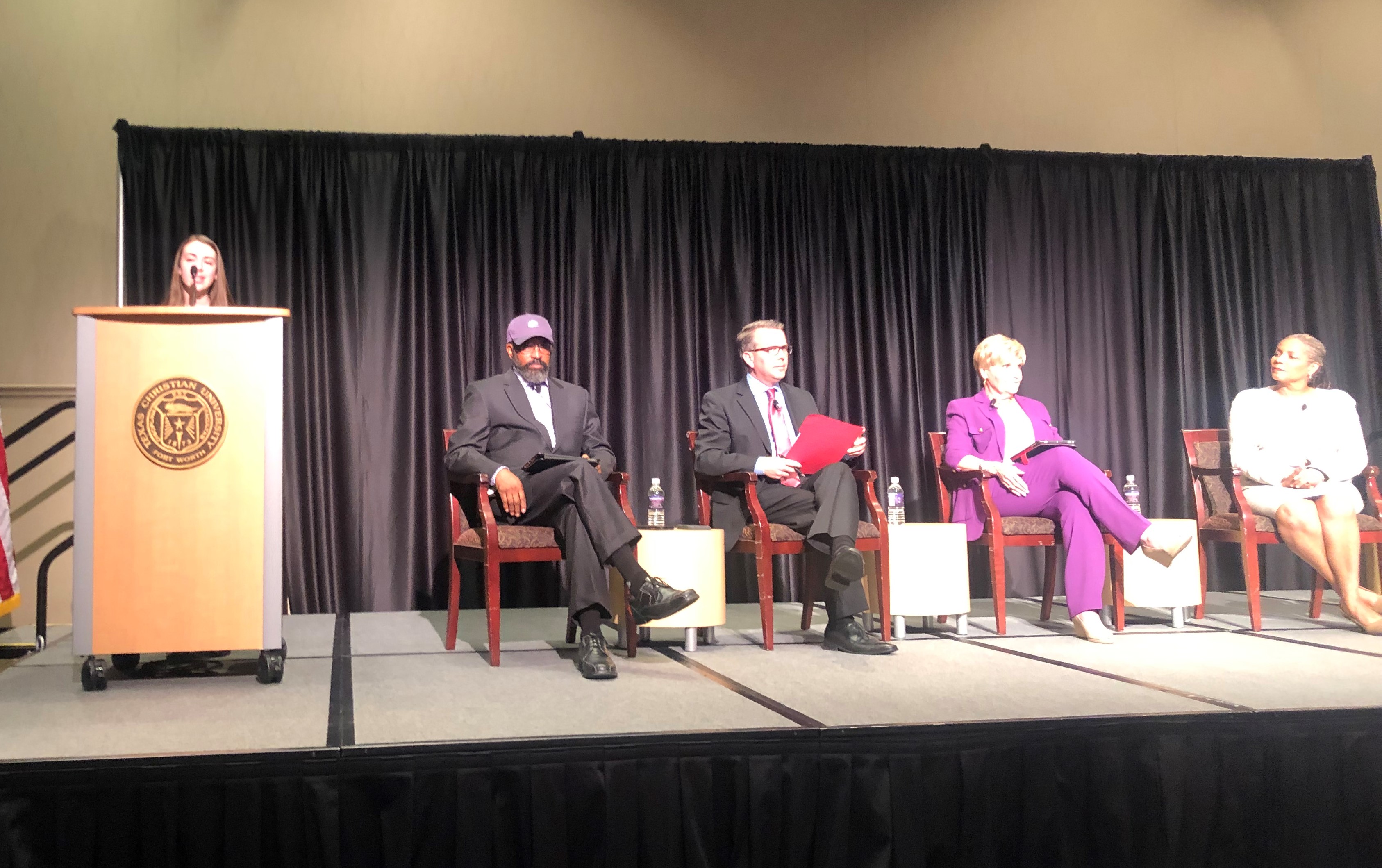 Can all (Intro to American) Politics be Local Politics?

My Introduction to American Politics student, Hannah, and I opened our Fort Worth Star Telegram op-ed last April with a visual, connecting our campus at Texas Christian University to local politics in Fort Worth: “If we were to invite everyone who voted in Fort Worth’s last mayoral election to the TCU football stadium, about a third of the 50,000 seats would remain empty.” Although my research with Jane Sumner (University of Minnesota) and Mirya Holman (Tulane) shows that good data on local elections is scarce, one study ranks Fort Worth second-to-last in the country in terms of voter turnout in local elections. In an effort to try to combat the remarkably low voter turnout rates in municipal elections in Fort Worth, our op-ed and Introduction to American Politics class emphasized the importance of local elections and urged residents to get informed and go vote on May 4th.

Local elections can bring to life ideas of representation, understandings of political behavior, or debates over federalism. To explore local politics in action, we created a voter guide for the election, hosted a forum for the mayoral candidates, and sought to raise awareness about the importance of local politics through local media coverage (that even got picked up by Bloomberg and the New York Times!).

With the timing of the announcement of candidates in February and election in early May, I designed my introductory honors section last spring to focus on the Fort Worth mayoral and city council election. The timing of off cycle elections is terrible for voter participation, as Sarah F. Anzia (Berkley) writes about her research here, but good for our class. Throughout the semester, we learned about political science research related to local politics and followed the election.

My class hosted a mayoral forum on campus and developed a class voter guide to try to encourage local participation.

In additional to the more traditional assignments of exams and reading quizzes, the voter guide was the major assignment for the semester for the students. Students also participated in the organizing of the mayoral forum, discussing and deciding each step of the logistics, writing the questions, and introducing the candidates. Organizing the forum was tedious at times, but students got a direct look into politics, getting to see how campaigns negotiate. The forum was a success: over 400 members of the community attended, and our mayoral forum ended up being the only mayoral forum with all three listed candidates present.

I created the voter guide assignment to have three parts, following crowd sourced advice from Twitter, including examples from Emily Snydor (Southwestern) and Kristin Flores Victor (CSU-Sacramento) who graciously shared their classes’ voter guide materials with me. First, the voter guide covered the basics on what folks needed to know about the process of voting, including eligibility, how to register, and different ways to vote. Then, each student was assigned one or two local races to cover in the second part of the voter guide, which gave more details about the districts and the candidates running. Students revised and updated the first two parts and wrote a reflection paper on the process and local election, connecting it to their knowledge about American Politics more broadly from our class. I compiled the guide, and we distributed it through social media. With a dearth of coverage on local candidates, many remarked how useful the guide was and how impressed they were with students who made it. More details on the voter guide assignment (including links to my assignment) are here on the Urban Affairs Review blog. Others have now done similar excellent voter guide assignments, including Clare Brock (Texas Women’s University) and Sarah Reckhow (Michigan State University).

“I have developed a deeper appreciation of the nuances of local politics… I feel inspired to become more knowledgeable about elections in my hometown, and I now know how to effectively research candidates, voting procedures, and issues facing the public. But more than that, creating my voter guide has had a profound effect on how I view elections on every level. After examining bias, institutional power, voter turnout, and a multitude of other factors, I am confident that I will be well-informed and prepared for my city election, for the 2020 presidential election, and for any future situation (political or not) where I find myself faced with a single decision that can make a tremendous difference.”

Emily M. Farris is an associate professor of Political Science at Texas Christian University. She researches and teaches in the areas of urban politics and political representation and can be found on twitter at @emayfarris.