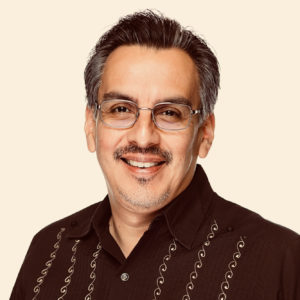 Texas has been an important state during the past three presidential nomination cycles for both Democrats and Republicans, and the March 3, 2020 primaries will likely be influential for candidates seeking the 2020 Democratic nomination. Texas has the 3rd largest allocation of pledged delegates (228) to the Democratic National Convention.

For Texans not already registered to vote, the deadline to register for the March 3 primaries is February 3, 2020, and the spring 2020 semester began at Texas A&M University-Corpus Christi on January 21, 2020. Thus, there is a very short timeline to get students registered to vote.

This semester, I’m teaching “Texas Government & Politics”–one of two required political science classes that all undergraduates (attending public institutions in Texas) must take to satisfy the core curriculum and earn a degree. The other required course is US Government and Politics. Thus, there are a large number of students enrolled in political science courses, and this provides an opportunity to engage students in the primaries.

I begin the course by offering my students an opportunity to register to vote. My colleagues and I collaborate with the League of Women Voters of Corpus Christi (League) to register students to vote. This year, they will come to my class on January 28th to speak with students and help those interested register to vote. The League has deputized registrars who are well versed on the registration requirements (including the photo ID requirements). Texans register to vote by filling out a postcard and either submitting it to a deputized registrar (like the League registrars) or via the US mail. Unlike many other states, Texas does not offer same-day or online registration. Students registering for the first time have numerous questions about how to complete the registration forms, hence having the League experts is very beneficial. To increase civic engagement beyond my own classroom, I reached out to colleagues regarding the League’s availability for registration and several also scheduled class time for registration. Registration is NOT a class requirement and in Texas voters DO NOT register with a party. The key is this must be completed early in the semester so we can meet the Feb. 3, 2020 registration deadline.

Chapters 4 and 5 of Practicing Texas Politics (the course textbook) discuss political parties and elections and are presented in class prior to the March 3 primary. Class discussions will address how presidential nominations are different from regular nominations and that the presidential candidates are vying to win delegates so they can advance towards winning their party’s nomination. This means I must explain what conventions and delegates are and what happens at conventions. Texas has separate primaries for the Democrats and Republicans and voters can only vote in one of the primaries. Third parties in Texas do not use primaries for their nominations, and instead use conventions.

I also work on preparing my students to vote in the primaries. I do this by sharing League of Women Voters of Corpus Christi voter guides and also resources from the Corpus Christi Caller-Times. Sample ballots are shared with students and we also discuss how they can find out where to vote. Nueces County (where Corpus Christi is located) administers the elections and has numerous sites across the community for early voting (Feb. 18-Feb. 28). We do not yet know if the university will be an early voting site for the primaries or an election day site on March 3. Nueces County uses voting centers. These centers allow Nueces Co. registered voters to vote in any of the county’s voting centers. Voters are not restricted to a specific voting precinct location.

The selection process in Texas begins with precinct level conventions and students who voted in one of the primaries can attend and sign up to be delegates.

I’m hopeful that we’ll have a successful registration effort and good turnout for the primary, and that at least a few students will attend the conventions.