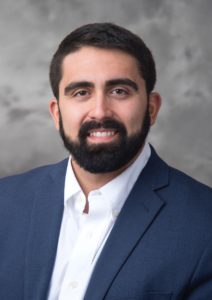 If it seems peculiar to you that the Republican and Democratic parties host presidential primaries in Puerto Rico, a non-incorporated territory of the US whose residents cannot vote in the general election, you are not alone. Only 4% of eligible voters residing in Puerto Rico cast a vote during the 2016 primaries. Why?

Presidential primaries hold little meaning for many residing in Puerto Rico and candidates have done little to change that perception.

The only Democratic presidential candidate to mention Puerto Rico during a debate, Julián Castro, did so in passing and is no longer in the race. Further, most candidates have ignored requests from Puerto Rican advocacy groups asking them to release their platform on Puerto Rico.

Presidential campaigns have largely failed to employ staff who can provide accurate translation of their materials into Spanish. As we approach the primary date, primary campaigns become increasingly aware of the complexities of taking a stance on whether Puerto Rico should be an independent nation, a US state, or something else. Eliding the question of Puerto Rico’s status or only making vague references to it does little to prompt people to vote.

The remarkably low presidential primary voter turnout (4%) stands in contrast to a long history of relatively high electoral turnout during general elections. Yet, even electoral turnout in Puerto Rican general elections dropped dramatically from 82% in 2000 to 55% in 2016. Why did Puerto Ricans historically turn out to vote in such high rates, and why did they stop doing so?

Over time, voter mobilization efforts dwindled, parties lost their capacity to organize, voters became distracted by other spectacles and questioned the efficacy of their vote.

Some answers to these questions can be found in Luis Raúl Cámara Fuertes’ 2004 study The Phenomenon of Puerto Rican Voting. Cámara Fuertes (2004) describes the vibrant voter mobilization practices as a spectacle that prompted Puerto Ricans to turn out in high rates despite institutional barriers for doing so (e.g., early voter registration deadlines). This spectacle consisted in massive grassroots voter registration and mobilization drives, caravans, marches, music, bullhorns, parties, dances, meetings, and a visible party presence at the local level.

Cámara Fuertes raised caution in his 2004 study as he observed the early stages of this dramatic drop in electoral turnout. Over time, voter mobilization efforts dwindled, parties lost their capacity to organize, voters became distracted by other spectacles and questioned the efficacy of their vote.

Political scientist Edgardo Meléndez argued that, under US colonial rule, Puerto Rican elected officials did not have the power to deliver what they promised on the campaign trail. Neither the Republican nor the Democratic party leadership signaled an urgency to address the unresolved issue of Puerto Rico’s status, which José Javier Colón refers to as a downgraded democracy.

Political scientist Edgardo Meléndez argued that, under US colonial rule, Puerto Rican elected officials did not have the power to deliver what they promised on the campaign trail.

Further, Puerto Rico’s financial crisis set off a massive wave of migration mostly made up of voting age Puerto Ricans. This was the largest population loss in Puerto Rican history under US rule. The conditions of precarity were worsened by two major natural disasters, only two years apart from each other—hurricane María in 2017 and an ongoing earthquake sequence that began in December of 2019.

This is the context in which various campaigns are seeking to compel people to elect a presidential candidate that they will not be able to vote for during the US general election. Reeling from a crisis with multiple dimensions and in the midst of debates about the importance of this exercise, many Puerto Ricans will likely choose to abstain from voting in the primary.

Many vilify voting abstention as lazy and irresponsible. Abstention is frequently seen as responsible for the United States’ descent into autocracy. Yet, few venture to explore the nuances of the perspectives of those who advocate for boycotting elections or choose to abstain. Further, critics of abstention often fail to specify the benefits of shaming people for not voting. On the other hand, proponents of boycotting elections have often been asked by members of their own organizations to provide further analysis on the ways in which abstention will advance their causes.

The debate on whether to vote in a US presidential primary in Puerto Rico is longstanding. Three main perspectives dominate the discussion. One argument is that this is a futile exercise that further legitimizes colonial rule. Others hold the view that the presidential primary in Puerto Rico is an important mechanism for exerting political influence. A third perspective sees both the limits and the benefits of engaging, and in light of this analysis, calls for tactical diversity that includes but is not limited to electoral politics.

Perhaps most importantly, reigniting electoral participation will entail giving people reasons to believe in the efficacy of their vote.

Interest in the primaries within the ruling pro-statehood Partido Nuevo Progresista was such that the majority approved legislation to move the date of the primary earlier to March. The expectation is that hosting the primary in March, before the eventual candidate had enough delegates to win the nomination, would enhance the influence that they could exert.

Many ask why they should engage in a presidential primary to support a candidate that they do not have the right to elect. This abstention does not signal that Puerto Ricans have a contempt for democracy. Puerto Ricans recently demonstrated their voracious appetite for democracy, marching through the streets of Puerto Rico and calling for a change in leadership through non-electoral means.

Attempts to reignite electoral participation in Puerto Rico may find promising pathways in reenacting aspects of the political cultures that moved people to action. These efforts must exercise caution, as some aspects of this culture perpetuated gendered and racialized violence against women and Black candidates. Perhaps most importantly, reigniting electoral participation will entail giving people reasons to believe in the efficacy of their vote.

Fernando Tormos-Aponte (@fernandotormos) is a postdoctoral research associate at the University of Maryland Baltimore County, a Visiting Scholar at Johns Hopkins University, and a Kendall Fellow at the Union of Concerned Scientist’s Center for Science and Democracy. He earned his MA and PhD in political science from Purdue University, and a BA from the University of Puerto Rico—Río Piedras. Dr. Tormos-Aponte specializes in social movements, identity politics, social policy, and transnational politics. His research focuses on how social movements cope with internal divisions and gain political influence. Tormos-Aponte’s work has appeared in the Public Administration Review, Politics, Groups, and Identities, Environmental Policy and Governance, Alternautas, PS: Political Science and Politics and in the edited volume The Legacy of Second-Wave Feminism in American Politics. He is currently working on studies on social movements in Puerto Rico, transnational social movements, and the Movement for Black Lives. Tormos-Aponte has also written for The New York Times, Washington Post, In These Times, Nueva Sociedad, Jacobin, St. Louis American, and the Entitle Blog.