Malik Sekou, professor of political science and history at the University of the Virgin Islands, is a guest contributor for the RAISE the Vote Campaign. The views expressed in the posts and articles featured in the RAISE the Vote campaign are those of the authors and contributors alone and do not represent the views of APSA. 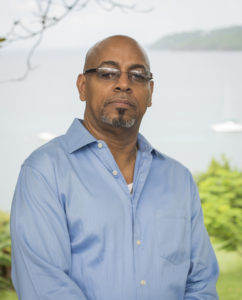 The US Virgin Islands finds itself in a unique place this election cycle. The strongest political actor, the Democratic Party of the US Virgin Islands, consolidated its power in the territory in 2018. The Democrats won Government House (governor-lt. governor positions), the Delegate to Congress seat, and the majority in the unicameral Territorial Legislature. Out of 15 Senators, 13 are Democrats. Currently, the US Virgin Islands (USVI) is a one-party state. The local Republican Party and the Independent Citizens Movement (ICM) have not been competitive in gubernatorial elections for over three decades. In fact, the USVI Republicans have been embroiled in an acrimonious internal conflict since the primary presidential caucuses of 2016. The ICM is a local party that does not hold presidential caucuses.

The Democratic Senators have dominated the Legislature for three decades and Democratic governors have served in 25 years out of 33 years from 1987 to 2020. The Delegate to Congress has been a Democrat 29 years out of 33. As an unincorporated territory, the USVI has a single non-voting Delegate to Congress who is allowed to vote in committee but not in the Committee of the Whole.  This power has been granted by Democrats when they are in control the House of Representatives.  Out of 51,000 registered voters, approximately 30,000 voters are registered Democrats.   The upcoming primary caucuses for the presidential elections are scheduled for June 6, 2020. They will allow the capacity of the local Democratic clubs to coalesce around the top presidential candidates including Joe Biden, Bernie Sanders, and Elizabeth Warren. We may also witness emerging support for late entry Mike Bloomberg, who recently established a campaign base in the US Virgin Islands and whose outstanding contributions to the hurricane recovery and relief on St. John have been greatly appreciated. Virgin Islanders are a grateful people and Democrats may reward him for his generosity.

In the upcoming presidential caucuses, the USVI Democrats have eleven delegate positions: six delegates are pledged and are at large district slots in which Democratic Party members vote in closed caucus.

In the upcoming presidential caucuses, the USVI Democrats have eleven delegate positions: six delegates are pledged and are at large district slots in which Democratic Party members vote in closed caucus. Successful delegates must garner at least 15% of the votes across the territory. Five delegates are unpledged, including national committee members and the Delegate to Congress, Stacy Plaskett. Usually, only party activists vote in the caucuses and they tend to be the most informed party members. In the past, their votes have reflected national sentiments. For example, in the Democratic Caucus elections in 2008, Barack Obama received overwhelming support—more than 90%. Hillary Clinton was second but with modest support. In 2016, Hillary Clinton was dominant—she received more than 80%–while Bernie Sanders received no support.

In addition, the Democrats have had a tradition of robust senatorial primary elections. So far all of the current Democratic Senators are expected to seek reelection; a local rule of thumb is that the three candidates who receive the most votes per district tend to be reelected in the general election in November 2020. But USVI politics is heavily based on insular origin and personalistic politics. Successful candidates rarely utilize philosophical positions and ideology to mobilize their base for primary or general elections. There is a level of pragmatism that highlights daily issues such as poor roads, health care, electricity, crime, post-hurricane reconstruction, pensions, and education. It is worth reflecting that the current Albert Bryan-Tregenza Roach administration edged out the past Kenneth Mapp-Osbert Potter administration in a run-off election on November 21, 2018  with a clarion call for transformation—“Change Course Now.” The upcoming primary caucuses and local general elections may very well change the course of American history and the local path towards reconstructing a new US Virgin Islands in 2020. Statehood for Puerto Rico and a push for complete US citizenship for American Samoans may be impacted by the outcome of national elections and this may  influence the USVI quest for self -determination, the ability to access Federal assistance, and support for reconstruction.  It is understood that a Democratic President and Congress would be better allies for a Democratic USVI government.  Even more as the impeachment of Donald Trump unfolds, there is a concern that there is no anti- Democratic Party backlash by national Republicans.

Successful candidates rarely utilize philosophical positions and ideology to mobilize their base for primary or general elections. There is a level of pragmatism that highlights daily issues such as poor roads, health care, electricity, crime, post-hurricane reconstruction, pensions, and education.

It should not be surprising to anyone that a territory that has over 80% African-Caribbean and Latino population would be deeply concerned about the ethnic and racial implications of the immigration policies of any presidential candidate.  All candidates for the territorial primaries will most likely be held to the “change course” theme. Voters will ponder and press whether the existing Democrats actually made life better for the territory’s residents or whether the elected officials should change careers to go home. In the US Virgin Islands, the electoral climate heats up after the USVI Carnival Season April 2020. We expect to see intense energy, ideas, and festive campaigns for the primary caucuses and elections in summer 2020.

Dr. Malik Sekou is born and raised in St. Thomas, Virgin Islands. His education included public education in the Virgin Islands school system, the University of the Virgin Islands, and University of Delaware. He holds a doctorate in Political Science and has worked extensively in the Virgin Islands political system—academia, consultancy, and public education. Dr. Sekou worked in the historic Commission on Political Status and Federal relations (1992-1993) as the Associate Director of Public Education in the St. Thomas-St. John district. During this period, he engaged in numerous seminars, interviews, speaking engagements, and discussions on political status.  He served as a co-host of the TV series “Choose or Lose” and worked to mobilize support for public participation in the 1993 referendum on political status and federal relations. In the aftermath, Dr. Sekou has participated in virtually all serious discussions on political status and federal relations in the Territory.  He is a sought after speaker on this issue as well as the related topic of constitutional development in the Territory.  His articles on burning political issues and related topics have been noted in William Boyer’s America’s Virgin Islands.  He has participated in local elections as candidate for Senate and Lt. governor and he has served as an elected Member of the Board of Education. He is a full professor of Political Science and History at the University of the Virgin Islands and has been the main instructor for the required course History of the Virgin Islands/HIS 342.  With his wife, Dr Sheree Bryant Sekou he lives in both the Virgin Islands and Texas.