J. Cherie Strachan, Professor of Political Science at Central Michigan University, is a guest contributor for the RAISE the Vote Campaign. The views expressed in the posts and articles featured in the RAISE the Vote campaign are those of the authors and contributors alone and do not represent the views of APSA. 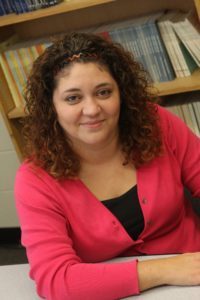 Given declining opportunities for civic and political socialization in natural settings like the public sphere and civic organizations, teacher-scholars in political science have turned our attention to identifying best civic engagement pedagogies – or ways to teach and assess active citizenship, democratic decision making and political leadership in our classes and on our campuses.

Scholars’ initial efforts to identify effective civic engagement pedagogy focused on developing best practices that we assumed would work for every student. Yet as political scientists’ efforts in this area have become more sophisticated, political science’s teacher-scholars have come to realize that our students’ lived experiences, often shaped by their demographic identities, affect the way they respond to learning activities. Simply put, what works to cultivate political interest and participation for some types of students won’t always work for others.

Research on which classroom learning experiences encourage participation and voting found that one of the most effective ways to promote long-term political engagement throughout adulthood is to facilitate open discussion of current political issues in school.

This effect occurs not simply because students learn more about current events in the short-term, but because they learn that their peers expect them to be the type of person who knows about and helps to solve public issues. Hence exposure to deliberation in formal education settings can help to cultivate an intrinsic civic identity that sustains political interest and participation across a lifetime.

Yet critics of deliberative democracy have long noted that women and minorities – whose contributions are less likely to be taken seriously in group settings and who rarely constitute a plurality of voices in the room when deliberation precedes voting – often find such political discussions so frustrating that their political engagement is suppressed. In response, educators developing cutting edge deliberative pedagogy practices now recommend incorporating features that ensure all students – including those who belong to marginalized groups that were historically disenfranchised – learn from classroom discussion and deliberative forums.  These features include evaluating students on their willingness to listen to and understand others rather than just their ability to make an argument, teaching students how to rely on civility to create a more inclusive deliberative space, and formalizing decisions through consensus-building (or at least a super-majority) instead of a plurality or simple majority vote.

Teacher-scholars in political science will continue to monitor our ever-changing political environment and to assess both our teaching and our students’ responses to it.

Similar patterns affect civic and political learning in co-curricular settings.  Findings ranging from French nobleman Alexis de Tocqueville’s in-depth study of American democracy in the 1800s up through our discipline’s seminal work on contemporary Americans’ political behavior indicate that the most robust civic learning does not occur in the classroom. Rather, it takes place when people join and actively participate in voluntary associations – or the array of clubs, groups, and organizations also often referred to as civil society.

Further, student members’ civic learning is most robust in student organizations like the Greeks, which still have features of the most effective voluntary associations from America’s past. These traditional associations were characterized by reliance on federated organizational structures, formal by-laws, and deliberative decision-making, as well as by frequent sponsorship of events, voluntarism, and philanthropy. Again, however, civic learning in student clubs does not yield comparable benefits for all students. For example, fraternity and sorority officials both consistently practice a wider array of civic skills than student officials in other types of campus organizations. Yet fraternity officials are far more likely to anticipate using these skills to wield political influence than sorority officials. Hence even the most robust opportunity to practice civic skills that readily transfer to the political process does not displace the traditional gender role socialization that shapes young women’s identities long before they arrive on campus. Civic learning in student organizations is also affected by other demographic differences – as first-generation college students are less apt to join and lead campus organizations. These insights help us to realize the importance of making sure that certain types of students (like first generation students) are persuasively invited to seek out relevant co-curricular learning opportunities on our campuses, while others (like women) must be encouraged to use what they have learned in explicitly political settings.

The latter approach is incorporated into my recently co-authored book, Why Don’t Women Rule the World? For the book, my co-authors and I used insights from research about women with political ambition to design end-of-chapter activities purposefully intended to bolster female students’ political interest and participation. One activity asks students to reframe politics as an extension of nurturing, as students are encouraged to write each other letters describing how their experiences qualify them for elected office as well as how many people they could help through public service. Others ask them to practice amplifying other women’s voices in deliberative settings, responding to the type of overtly sexist attacks often directed at female politicians, rejecting micro-aggressions that foster imposter syndrome in traditionally masculine professions like politics, and so on.

Monitoring the political environment for changes and recognizing that lived experience will affect how our students react, is also important.

A recent project exploring college students’ reactions to rude politicians, for example, finds that while all students dislike such rudeness, some – including nonwhites and especially women – anticipate more discomfort imitating or working with rude politicians. Ensuring that those who step into the roles of active citizenship and political leadership are diverse means that political scientists must now use this insight to develop new strategies for recruiting and training women and nonwhite students during an extended era of rude politics.

A recent project exploring college students’ reactions to rude politicians, for example, finds that while all students dislike such rudeness, some – including nonwhites and especially women – anticipate more discomfort imitating or working with rude politicians.

Rest assured, political scientists who embrace developing an effective civic engagement pedagogy as one of our most important professional obligations will do so. Teacher-scholars in political science will continue to monitor our ever-changing political environment and to assess both our teaching and our students’ responses to it. We will use our scholarly insights to update what and how we ask students to learn, as we aspire to help all our students – and not just those already predisposed to do so – to become the active citizens and political leaders that our democracy needs.

J. Cherie Strachan is a Professor of Political Science at Central Michigan University and the author of High-Tech Grassroots: The Professionalization of Local Elections, as well as over 30 reviewed and invited articles and book chapters. Strachan’s most recent publications address her concern over low levels of political engagement among specific demographic groups – particularly women and young people. These include a co-authored CQ-Sage published book, Why Don’t Women Rule the World and a forthcoming youth-focused political behavior textbook. Strachan’s research addresses partisan polarization, political civility, and civic engagement pedagogy – especially opportunities for political learning in deliberative forums and in campus student organizations. She currently serves as the review editor for the Journal of Political Science Education and is the co-founder and co-director of the Consortium for Inter-Campus SoTL Research (CISR). With over 200-member campuses and an advisory board composed of prominent teacher-scholars in political science, CISR facilitates multi-campus data collection to assess campus-wide civic engagement initiatives and political science pedagogy.  Those with questions about joining the Consortium or about her research can reach her at strac1jc@cmich.edu.