Dick Simpson, author and co-author of a number of books on political action, ethics, and politics, is a guest contributor for the RAISE the Vote Campaign. The views expressed in the posts and articles featured in the RAISE the Vote campaign are those of the authors and contributors alone and do not represent the views of APSA. 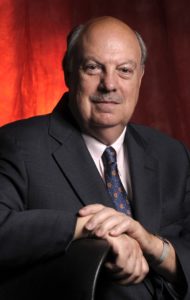 The University of Illinois at Chicago (UIC) is a relatively young university that was relocated to the current campus in 1965. It is a diverse urban campus but the lessons from our civic engagement efforts guided by a Civic Action Plan can be used on any campus.

Three steps need to be in place before constructing an effective civic action plan.

First, you need university administration support grounded in the college mission statement and backing from the university president, chancellor, or provost.  Second, a civic engagement core group should coordinate efforts. Its members include faculty, administrators, and student leaders so that resources from departments, centers, student groups, and administrative units are multiplied.  Third, the group needs to draw up a civic engagement calendar to share throughout the university.  UIC had all of these in place before its 2019-2020 civic action plan.

A plan has to have specific targets so that progress can be measured.  For the 2020 elections, we utilized data from the last presidential election cycle as the baseline. Our goals are:

Towards meeting these goals, since last summer we have registered more than 4500 students.

Our goals are not just focused on election statistics. UIC has a tradition of civic engagement stretching over decades.  UIC students and faculty are involved in a range of civic engagement projects at international, national, state, and local levels, while maintaining partnerships with a large number of Chicago-area agencies and community organizations. The University of Illinois Engagement Portal, a database of public service activities, lists no fewer than 230 programs, while we also maintain 135 partnerships with Chicago Public Schools (CPS). Additionally, the Community Engagement Core at the UIC Center for Clinical and Translational Science operates 82 clinical health-related programs and is active in all 77 neighborhoods in Chicago. 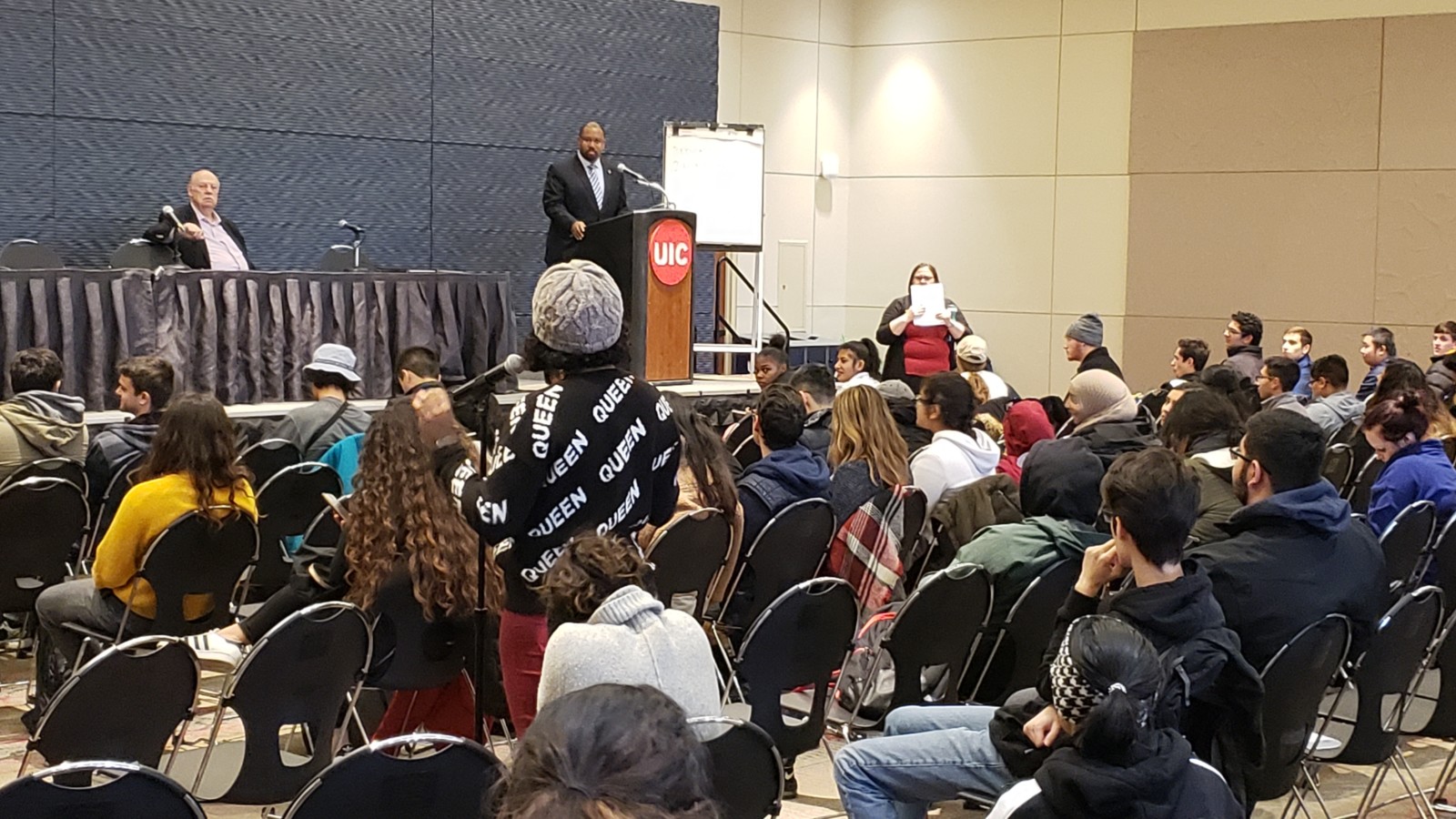 For voter registration, we register students at orientation, table weekly on campus, hold a Rock the Vote event, do voter registration at debate watch parties, work with Chicago Votes! and Illinois PIRG, and use TurboVote.

Our voter education efforts include Constitution Day, Student Issues Convention, and election-focused efforts like debate watch parties, voter education conversations over dinner (“soup and substance”), and a nonpartisan voter guide. To increase voter access we made UIC an official early voting and regular voting site so students that live on campus and in the city have ample access to the ballot.

We have doubled our student voting rate over the last six years.  During early voting, we have a Parade to the Polls to pump students up about voting. In the weeks leading up to the election, we use Chicago Votes! pledge cards to encourage students to pledge to vote.  The Chancellor sends a mass email to all the students, staff, and faculty about early voting.

These are a few of the steps we will use in 2020 to reach our goals for voting and beyond. To be effective a college or university has to have a commitment to civic engagement, a core group to coordinate efforts, and a plan with clear goals and strategies to bring about civic learning across the campus and across all disciplines.

Dick Simpson has published numerous studies of elections, urban politics, voting patterns of elected officials, local government, public policy, and government budgeting. He is author or co-author of a number of books on political action, ethics, and politics, including Teaching Civic Engagement Across the Disciplines (2017). Simpson has taught at the University of Illinois at Chicago for 53 years, and has received numerous teaching awards. In addition, he served as Chicago’s 44th Alderman from 1971-1979.