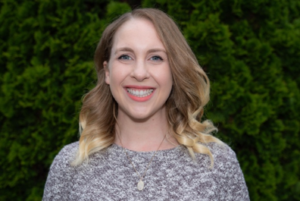 The Ohio primaries are almost here! As a political science professor, it is my goal to help make sure that students are empowered to participate. Although only the Democratic party will hold a presidential primary this year, it’s important for students of both parties to know about the process. Not only will the Republicans be hosting their own presidential primaries in a few years, but there are also primary contests occurring for Republicans down the ballot this year. In this blog post, I will explain the challenges associated with encouraging primary participation among students and offer insight into how I address these obstacles in my courses.

The primary process can be a hurdle for many people. Most individuals are more or less aware of how and when general elections occur. Many can tell you that these elections happen in November and that you have to be 18 years old to vote. Primaries, on the other hand, are a bit more complicated. In Ohio, our primary this year is on St. Patrick’s Day (March 17, 2020). Momentous as this holiday may be, most of us don’t associate it with an election. Similarly, many people forget that they must register to vote 30 days before the election (Tuesday, February 18, 2020). During the general election, you can’t walk through campus without someone asking you if you’re registered to vote, but there’s much less on-campus mobilization during  primary season. Therefore, it’s even more important that professors do what they can to ensure that students know about these important dates, and the logistics for how to engage in the process.

In Ohio, our primary this year is on St. Patrick’s Day (March 17, 2020). Momentous as this holiday may be, most of us don’t associate it with an election.

Another interesting quirk of the Ohio primary process is the minimum age to vote. In Ohio, you can vote in the primary if you’re 17, as long as you’ll be 18 in time for the general election. This rule is at the discretion of the secretary of state, which adds some confusion. Back in 2016, our secretary of state briefly revoked the ability of 17-year-olds to vote, but later reinstated it. Nonetheless, there was a great deal of confusion amongst our youngest would-be voters. As of right now, 17-year-olds can vote in Ohio primaries as long as they’ll be 18 for the general election.

A final piece of the process that can be somewhat confusing is the difference between an open and closed primary. Ohio has an open primary, but voters have to request either a Democratic or Republican ballot. That means you can either vote in the Democratic or Republican primary; you cannot split your ballot. You do not need to be registered with either party to request their ballot, and you are welcome to vote for candidates of both parties when the general election comes around. Additionally, requesting the other party’s ballot in the next primary is just as easy – you can switch back and forth as you please.

In Ohio, you can vote in the primary if you’re 17, as long as you’ll be 18 in time for the general election.

Of course, few people will be inclined to learn more about the process of voting in a primary if they don’t understand why these contests are important. There are many reasons why primary elections are significant, but I’ll focus on three here. First, this is your main opportunity to have a say in who makes it to the general election. I can’t tell you how many times I hear would-be voters say that they’re sitting out the general election because they simply don’t like either candidate. Of course, when this happens, I ask them if they voted in the primary, to which they usually reply “No.” According to Pew Research Center, the overall turnout rate of eligible voters in the 2016 primaries was just 28.5%. That means essentially that a handful of voters are deciding the contenders for the big race in November. To paraphrase an old adage, if you didn’t vote in the primaries, you don’t get to complain about who you’re stuck with in the general.

Secondly, believe it or not, there are other races happening, in addition to the presidential primary. There are key primaries going on for a number of Congressional, state and local elections. Politics at the local level arguably has far more impact on your daily life than at the federal level – this, again, is your chance to have a say in who has the opportunity to represent you later on. Also, don’t forget that there are generally primaries, at least in the local level, every single year, including next spring!

Finally, voting is a habit. The more you do it, the more familiar you become with the processes, and the more likely you’ll continue to do it in the future.

Finally, voting is a habit. The more you do it, the more familiar you become with the processes, and the more likely you’ll continue to do it in the future. As college students, this is a fantastic time to get started on exercising your civic duty!

For professors, raising awareness about the complexities and importance of primaries can be challenging, especially if you’re also trying to cover the core content of your class. Here are a few things I do to make sure students know how to participate in the process:

Dr. Lauren Elliott-Dorans is an Assistant Professor of Instruction in Political Science at Ohio University. Her teaching and research interests focus both upon political psychology and teaching pedagogy. Her work in political science explores the extent to which core values drive political preferences and behavior in the American electorate, particularly toward social issues such as the death penalty and LGBT rights. With respect to pedagogy, Dr. Elliott-Dorans examines the effectiveness of the use of technology and pop culture in educational settings. She has been the recipient of the Ohio University Provost’s Award for Excellence in Teaching, and the Ohio University College of Arts and Sciences Outstanding Teaching Award.