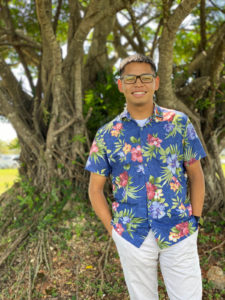 Guam, the southernmost island of the Mariåna island chain, is an unincorporated territory of the United States. Guam is home to approximately 160,000 people and its native, indigenous people are known as the CHamoru. Although Guam’s residents are citizens of the US, they do not vote for president nor do they have any real representation at the national level, aside from a non-voting House delegate. The Organic Act of Guam, which ended naval rule and implemented measures of self-government, established the island’s local government after WWII. These measures include a 15-seat legislature, whose representatives are elected at-large and serve two-year terms, an executive branch with a Governor and Lieutenant Governor, and an independent judicial branch. Guam’s territorial status shapes both the way in which the island participates in the presidential election and the issues that are relevant to its voters.

On the island there are two main political parties: the Republican Party and the Democratic Party.

Although these parties greatly resemble their national counterparts, they do not entirely mirror them. In interviews with the author, chairs of each party observed that though both parties share the agenda of the respective national parties, slight ideological differences distinguish Guam’s political parties from their national equivalents.[1] For example, a 2018 bill to raise the business privilege tax by 25% received yes-votes from 5 out of 6 Republican senators, and no-votes from 6 out of 9 Democratic senators. However, history shows that the people of Guam have placed less focus on party affiliation or ideology and instead pay more attention to the individual characteristics or familial ties of a particular political candidate. Local Republican party chair, Jerry Crisostomo, explained in a personal interview that Guam’s political environment is not necessarily philosophically-driven or issue-driven. Instead, it is driven by “who’s running and how well they’re known” as well as “what they have to offer to make life better for the average citizen.” Former Democratic party chair, Judith Won Pat, in a personal interview, also echoed those sentiments, stating “people want to know their candidates, they want to be able to rub shoulders with them, to approach them no matter where they are.” This personal approach to politics is of course enabled by the island’s relatively small geographic size, population, and strong sense of local culture. 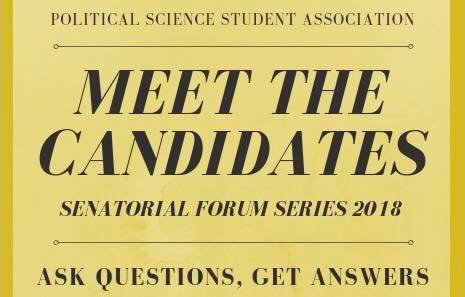 Just as the local party-system resembles that of the United States, so too does the presidential primary process, which is separate from the local senatorial and gubernatorial primaries. Although the island does not have electors who vote for President, both the Democrat and Republican national parties allow the territory to participate in the selection of the party’s presidential candidate by sending locally-elected representatives to their respective national conventions.

The Republican party, which evolved from the Territorial Party, officially received its charter in 1968 and was primarily made up of the island’s businessmen, many of whose families remain prominent in politics on Guam today. At the national convention, Guam is allotted a total of nine delegates, six of whom are elected and three automatic seats for party leaders (National Committeeman, National Committeewoman, & Party Chair). At the local biennial convention which will be on March 14th this year, local delegates from the island’s 19 villages, who are elected by registered Republicans in their respective villages, elect these delegates and party leaders. Traditionally, the party allocated votes proportionally among candidates to “cover all its bases,” but this year, the party has already decided to cast all of its votes in support of President Trump, who also received all nine delegate votes in 2016. [2] 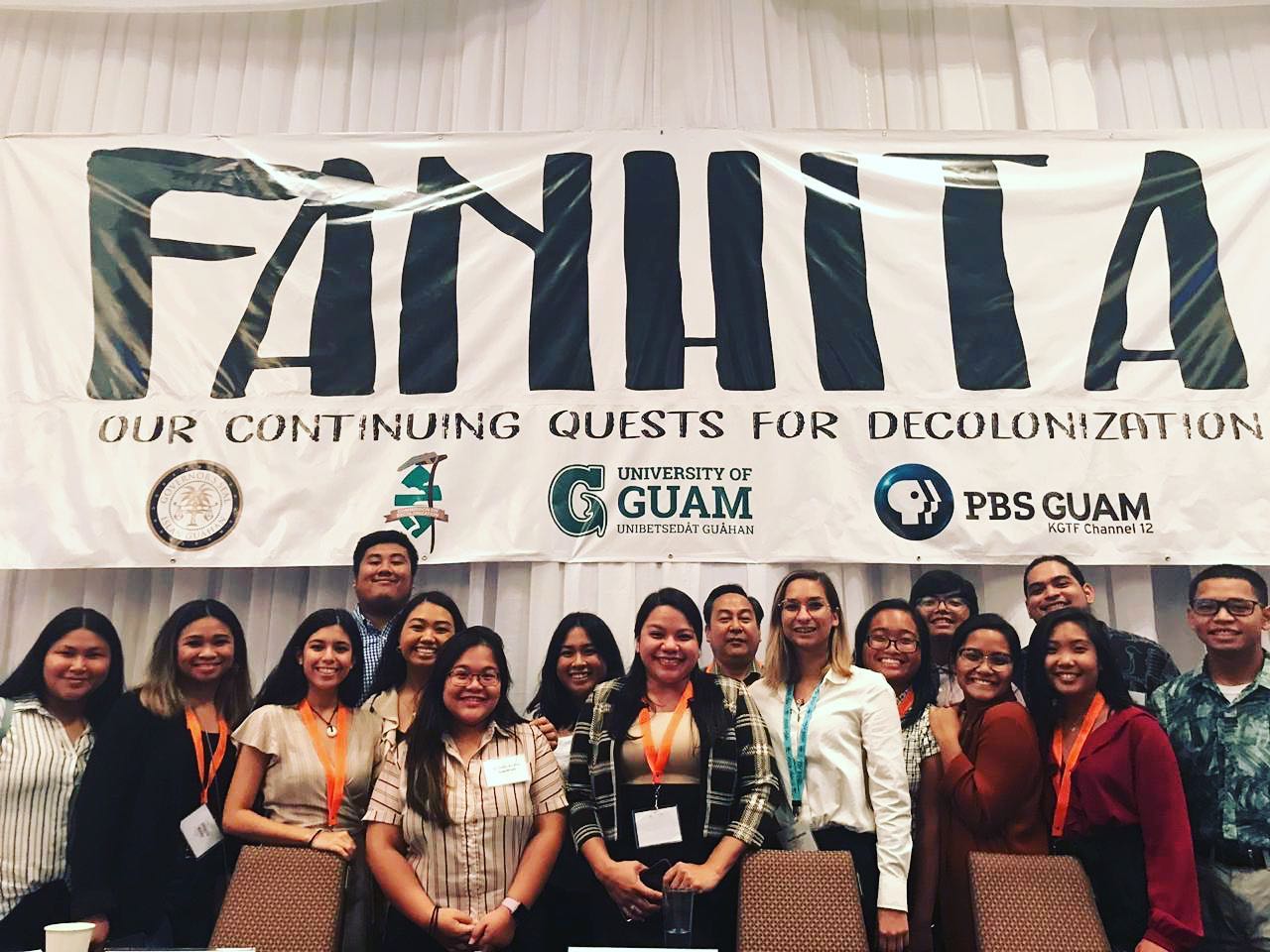 For the Democratic party, originally the Popular Party, the primary process differs slightly.

Guam sends a total of 12 delegates to the Democratic National Convention, with seven being elected at-large by Democrat voters and five automatic seats for party leaders (National Committeeman, National Committeewoman, Party Chair, Party Vice-Chair, and the non-voting House delegate). Delegates are elected by registered Democrats at an at-large election held by the local party in Hagåtña, the island’s capital. Delegate votes are allocated to candidates in proportion to their share of votes, subject to the party’s standard 15% threshold.[3] This year’s caucus is tentatively set for May 2nd. In the 2016 primary, Hillary Clinton received seven out of twelve elected delegate votes from Guam.[4]

During Guam’s local general elections in November, residents also participate in a straw poll for the US presidency.

Since 1984, this unofficial vote has accurately predicted the outcome of the national presidential election, except in 2016.[5]  Despite the lack of real participation in national elections, there is still increasing political interest and civic engagement.  Several local organizations have recently taken charge by bringing issues closer to the youth and making politics more accessible. These organizations include the Young Democrats of Guam, the youth wing of the Democrat party, which aims to increase awareness about how political issues affect young people and to empower and magnify the youth vote, as well as university student organizations such as the Political Science Student Association, which promotes student involvement in politics. 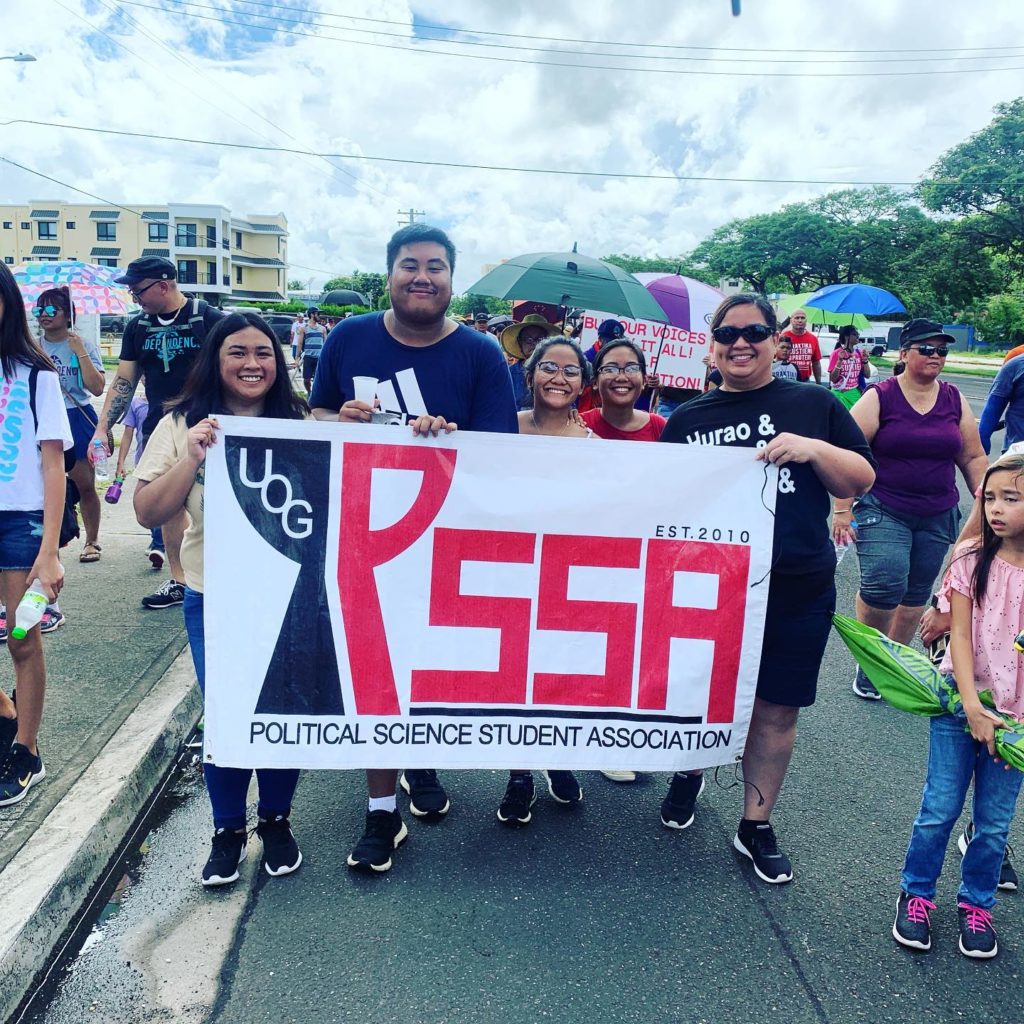 The island’s unresolved political status, however, remains the greatest obstacle to solving the many socio-economic problems that plague its people, including high levels of poverty, a high cost of living, and an increasing crime rate. As Crisostomo stated, the Republican party recognizes that “decolonization is needed and at the end of the day the relationship between Guam and the US needs to be truly defined going forward, as many issues are because of the current status we’re in.”[6] The multi-faceted issue continues to make its way to the forefront of island politics. As Won Pat describes, “now that more of us are educated, learning about what’s going on in the world, learning that we have certain rights, learning that things can be better for us, we’re asking ourselves why we can’t make that decision.”[7] Nevertheless, more work must be done to make the issue of decolonization one of importance to ordinary citizens. The island’s lack of any meaningful vote in this year’s high-stakes presidential election is a clear reminder of the need for a change in political status for the people of Guam.

Nolan G.T. Flores is a second-year undergraduate student at the University of Guam, currently pursuing a double B.A. in Political Science and CHamoru Studies. He is a member of the Guam Youth Congress, the island’s youth law-making body, and serves on the Board of Directors for the island’s government library system. Nolan is currently involved in several grant research projects, including a self-governance study by the island’s Commission on Decolonization and the Developing CHamoru Language Infrastructure grant from the National Science Foundation. His research interests involve furthering Guam’s quest for self-determination, revitalizing the CHamoru culture and language, and contributing to the growth and prosperity of Micronesia and the Pacific.