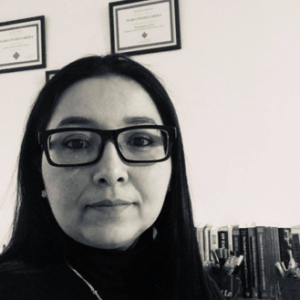 As the country navigates the momentous episode of an impeachment, the political arena also presents other significant challenges with the Democratic party in full primary season. While these are transcendental events, there are other substantial issues that also deserve our attention, like the barriers to voter registration facing the Latinx community in Florida.

In Florida, a rising Hispanic/Latinx population[1]—and more specifically, the impact the Puerto Rican population in Central Florida is expected to have on the state’s electoral outcome in 2020—is often met with a contradictory sentiment of excitement and frustration. In preparation for the 2018 Midterm Elections, the state deployed a campaign to register 48,000 new electors in the South and Central Florida Latinx strongholds of Miami and Orlando, with a renewed pledge to register 120,000 for the 2020 elections. The Latino advocacy group UnidosUS said that in 2020, a record-setting 32 million Latinos are expected to be eligible to vote, but just about 14 million will actually cast ballots, and as the group has identified: “the issue isn’t a turnout gap as much as it is a registration gap.” The advocacy group considers that age and lack of registration funding are contributing factors to this critical issue.

Without underestimating the role other Latinx communities have in the electoral performance of the Sunshine state, it is undoubtedly relevant to assess the importance of the Puerto Rican vote in the shaping of the state’s political landscape, considering among other factors, their citizenship status.

Without underestimating the role other Latinx communities have in the electoral performance of the Sunshine state, it is undoubtedly relevant to assess the importance of the Puerto Rican vote in the shaping of the state’s political landscape, considering among other factors, their citizenship status. The crisis in Puerto Rico is considered to be the spark that initiated the most significant influx from the island to the mainland, where Central Florida has seen a significant community growth that will most likely contribute to a political transformation in Florida[2].

However, this expectation has yet to clear some hurdles, given that the 30% increase in the Puerto Rican population in the state has not been reflected in the group’s voter registration numbers, especially in counties with the largest population within the state, and considering that Puerto Ricans represent 31% of Hispanics in Florida (Pew Research, 2018), this should be at the top of the list of all political actors. The importance goes beyond partisan politics, it is the inclusion of Americans in a political dynamic that can prove to be challenging for those affected by their experience with Puerto Rican politics. The disengagement and lack of grasp of state and local politics can negatively affect the community, and there is no effort in making the case for participation.

The expectation should be to allow the community to participate in the shaping of its own political space rather than to become a part of the existing ones.

It is clear that voter registration is an important issue among the community, and that there is an understanding on the need to promote participation. However, the community is not only still struggling to relocate in the region, with many families continuing to face uncertainty, but also the expectation being put on the community to lead the change in the political leaning of the state is hindering Puerto Ricans trying to find their space in the current political field. The Puerto Rican community needs all the support they can receive from the different actors, state and nationwide, that can facilitate their transition to active citizens. The expectation should be to allow the community to participate in the shaping of its own political space rather than to become a part of the existing ones.

[1] Non-whites will account for a third of eligible voters – their largest share ever – driven by long-term increases among certain groups, especially Hispanics (Pew Research, 2020).

[2] Puerto Ricans have been the state’s fastest-growing Hispanic-origin group over the past decade, and thousands more arrived from the island following Hurricanes Maria and Irma in 2017 – part of a broader movement of island residents to the US mainland in recent years. Between 2005 and 2016, about a third of these migrants settled in Florida, in an area between the Orlando and Tampa Bay metro areas known as the Interstate 4 corridor. The state’s Puerto Rican population now rivals that of New York, the main destination of the mid-20th century’s migration from the island (Pew Research, 2020).