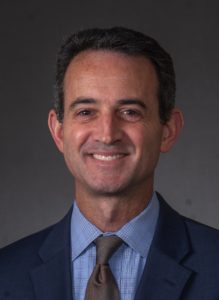 What is particularly noteworthy is that Colorado’s Democrats will be conducting this contest as a semi-closed primary, thanks to a state constitutional amendment passed by voters in 2016. The last several cycles, by contrast, saw closed presidential caucuses in this state.

There are some important consequences of this shift. For one, turnout is likely to be a lot higher. Unlike the caucus, a fairly demanding task requiring several hours of debate and confusing rules and math on a weeknight, participation in a primary is pretty easy. Indeed, thanks to Colorado’s mail-in ballots, pretty much anyone who wants to participate will be able to do so from home by simply dropping the ballot in the mail.

The fact that it is a semi-closed contest adds an additional wrinkle. Unaffiliated voters, until recently prohibited from participating in primaries or caucuses in the state, will be able to participate in this one. Moreover, they have a choice as to how they want to do that. They can request one party’s presidential primary ballot from the Secretary of State’s office ahead of the contest. Or, if they decline to do that, they will receive both the Democratic and Republican ballots in the mail. They can then fill out one of them and mail it in. (Mailing both ballots is not permitted, and if they do that, both ballots are considered spoiled. Incidence of this was surprisingly rare the first time the state tried it in 2018.)

Unaffiliated voters, until recently prohibited from participating in primaries or caucuses in the state, will be able to participate in this one.

How do the unaffiliated lean in Colorado? That’s difficult to assess ahead of time, and polling prior to this contest has been sparse so far. In the 2018 elections, substantially more unaffiliated voters mailed in Democratic ballots than mailed in Republican ones. This doesn’t automatically mean that unaffiliated voters lean Democratic in 2020, of course; there were particular features of the 2018 cycle, including some competitive primaries, that made people more interested in participating in those contests.

Democratic-leaning unaffiliated voters might decide that they’re comfortable with any potential Democratic nominee, and instead choose to participate in the Republican primary to support a rival to President Donald Trump.

Another important feature of Colorado’s mail-in ballot is timing. The Secretary of State will send out ballots to residents on February 10th, the same day as the New Hampshire primary. Right now, there are 13 Democrats listed on Colorado’s ballot, including two (Marianne Williamson and Cory Booker) who have already withdrawn from the contest. There’s a good chance that quite a few candidates will withdraw by mid-February, and there will only be a handful of candidates remaining by Super Tuesday. Coloradans can mail in their ballot as soon as they receive it, but most will probably wait until the last minute to make sure that their preferred candidate is still running.

This sort of gamesmanship — involving possible party-raiding, candidate winnowing, and timing issues — makes it particularly difficult to forecast Colorado’s primary results. And the fact that the state will be holding its contest on the same day that much larger delegate prizes like California and Texas hold theirs will limit media attention somewhat. But given Colorado’s prominence and competitiveness in recent general election contests (Clinton won the state by just under 5 percentage points), few candidates can afford to ignore it.

Seth Masket, professor and director of the Center on American Politics at the University of Denver, is a guest contributor for the RAISE the Vote Campaign. The views expressed in the posts and articles featured in the RAISE the Vote campaign are those of the authors and contributors alone and do not represent the views of APSA.

Seth Masket is a professor of political science and director of the Center on American Politics at the University of Denver. He researches parties, campaigns and elections, and state legislatures. His is the author of several books, including Learning from Loss: The Democrats 2016-2020, forthcoming from Cambridge University Press. Masket contributes regularly at Mischiefs of Faction, FiveThirtyEight, and the Los Angeles Times.