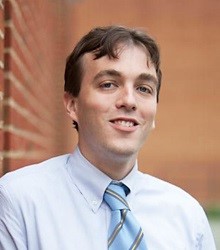 How do the views of citizens in a democracy shape government policy? According to one understanding, citizens have preferences and they select representatives with similar views to carry out their wishes. After this upward transmission of preferences, the only role of the voter is to see that these preferences are faithfully translated into policy, while wielding the awesome power of retrospective sanction to keep wayward representatives in line. However, an alternative theoretical approach known as deliberative democracy emphasizes the critical role of public debate and deliberation in moderating and shaping individual preferences, as well as the role of institutional debate within parliaments and legislatures. Far from taking preferences as exogenous factors, deliberative democracy views the shaping of individual preferences through discussion as a vital component of the democratic process. If our preferences are formed in part by communicating with each other in democratic discourse, then political participation is absolutely vital, and cannot stop at voting but must encompass a robust and ongoing political conversation.

Preference aggregation is a poor guide to what actually happens in democratic politics. In situations where participants have the opportunity to deliberate before casting a binding vote, the preferences they express often change. Recent findings show that deliberation can help non-expert citizens resist elite manipulation and can reduce the salience of polarizing hot-button issues.[i] Other research shows that conversations across party lines can reduce or eliminate the power of elites to frame issues to the benefit of their own interests.[ii] The tendency of like-minded groups to polarize can also be dramatically reduced by structured deliberation, and deliberating in a structured setting seems to increase tolerance.[iii] A more accurate experimental picture is emerging of a democratic citizen as a “free individual…not one who already knows absolutely what [s]he wants, but one who has incomplete preferences and is trying by means of interior deliberation and dialogue with others to determine precisely what [s]he does want.”[iv]

Participation in deliberation, even when non-binding, can dramatically increase citizens’ confidence in the quality of their democracy.

In addition to its profound effects on those who deliberate, the benefits of deliberation can even be transmitted to others. In the absence of strong partisan cues, the findings of a “deliberative minipublic” can moderate the preferences of third-party experimental subjects.[v] Even when not engaged in the deliberation themselves, citizens seem to trust the findings of bodies that formally adopt a “deliberative stance” of orientation toward reaching a shared practical judgment.[vi] Participation in deliberation, even when non-binding, can dramatically increase citizens’ confidence in the quality of their democracy. The America in One Room experiment brought together more than 500 registered voters for a “civil discussion” over a long weekend, by the end of which the percentage reporting that American democracy was “working well” doubled from 30% to 60%. The most polarizing proposals lost support, and extreme partisans were disproportionately likely to abandon prior positions. The authors concluded that “our divisions are not immune to deliberation.”[vii]

Politicians have noticed. The Ostbelgie region of Belgium is currently experimenting with a randomly-selected citizens’ council to advise the elected assembly.[viii] Ireland’s Citizens’ Assembly that decided the contentious abortion issue was selected in the same way.[ix] The British government has commissioned deliberative minipublics to advise city, county, and borough councils on local issues.[x] The possibilities of consulting demographically representative samples of the population have been thoroughly explored by pollsters, but relatively little research has asked similar groups to engage in civil debate about important issues and report their findings. The research summarized here suggests that under the right conditions such groups could produce a responsible and nuanced evaluation of public policy.

Deliberation and voting are complementary activities that play an essential and dignity-enhancing role in democracy.[xi] Research shows that deliberation moderates extreme positions and tends to drive official behavior towards the center of the issue space.[xii] Deliberation also allows us to answer critics who have alleged that democracy is ultimately chaotic and meaningless, prone to preference cycles and strategic voting.[xiii] Recent research has formally demonstrated that deliberation can reduce the possibility for manipulable cycling and insincere voting by restructuring preferences so that they are “single-peaked” along one dimension.[xiv] The criticisms raised by Riker and others seem to apply more to voting than to democracy, and once we interpret democracy as the interaction of voting and deliberation, it becomes apparent that democracy is indeed capable of producing in theory the results it has produced in practice. By involving ourselves in the political process at this fundamental level, recent findings indicate that we can sharpen our focus on issues of genuine concern and moderate some of the vitriol that has come to characterize our politics.

Matthew Draper is a political theorist and PhD student at the University of California San Diego. He studies contemporary democratic theory, democratic foundations, conceptual change, and institutional mechanisms for eliciting prosocial behavior. Recent research examines changes in the concept of democracy over time. Previous work looked at the role of corruption in systems collapse. Matthew is Editorial Assistant at the Adam Smith Review.