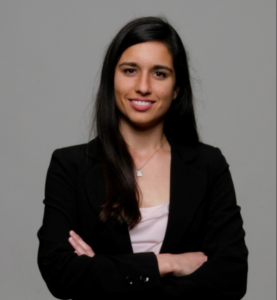 In the months preceding elections, and particularly presidential elections, many encourage their fellow citizens to exercise their civic duty and vote. Voter registration drives and outreach efforts abound, urging people to turn out on election day. We in political science may feel a particular charge to educate and motivate our students in these ways.

Among the most common reasons for not voting is the belief that one’s vote does not count. In a country of over 300 million people, what difference could one meager vote make? Our winner-take-all system further complicates the picture. The skeptic might continue that voters in California or Texas simply will not enjoy the same efficacy as, say, voters in Florida or Ohio.

In response to such doubts, educators may point to the free rider problem, that elections would differ drastically if everyone shared the attitude that one’s vote didn’t count. On the flip side, elections would differ just as drastically if more people did believe their vote counted. But are such abstract arguments and hypotheticals enough to convince would-be voters to head to the polls on that Tuesday in early November?

In such cases, these reasons we give (that your vote does count, that voting is a privilege for which many have given their lives, etc.) likely will not hold sway. How, then, might we work to motivate our students to vote beyond these typical efforts?

One strategy is to take the long view with respect to civic engagement, thinking beyond any given election toward cultivating a practice of civic life all year long. In this way we can root the abstract reasons given in concrete experience, offering opportunities for community involvement well before election season comes around.

The ever-instructive Alexis de Tocqueville offers insights into the sort of conditions that conduce to civic mindedness and the particular fruits we might expect from participating in civic life. In his famous account of New England townships in Democracy in America, the French aristocrat paints a picture of how he saw Americans influencing public life and how public life influenced them in turn. In particular, he describes the concrete actions people would take to solve problems and improve life in their communities. They tended to the poor and public education, built roads, regulated expenditures for religion, and led restoration projects after fires (Tocqueville 2004, 70). In short, they enjoyed some say in “the details of social existence” and directly shaped matters related to “public health, law and order, and the morality of citizens” (Tocqueville 2004, 80).

In these towns, no one needed to be convinced of their efficacy—indeed, they saw for themselves the impact they had on their communities.

These citizens enjoyed real agency and, even if contained to their local communities, were active participants in political fora. Life in these townships thus provided the requisite occasions to develop civic virtue, getting people out of their individual bubbles to think beyond their own interests. Moreover, people were inclined to continue in this moral education of public life for the very reason that their actions clearly did count in the end.

While most of us may not live in the sort of townships that Tocqueville observed in the Early Republic, we can still glean lessons from the experiences of those who did. Specifically, we can see the importance of the moral education of citizens. Tocqueville implicitly challenges us to look beyond the reasons to vote that we may offer in favor of a holistic view of civic life. How much easier would it be to convince people that they should vote if they already saw the fruits of other efforts? When rooted in prior, concrete experiences, casting a ballot is no longer a singular and abstract exercise, but occurs against a backdrop of actual ties to community and, by extension, ties to country. People will not need to be activated to vote because they will already be spurred into action.

On this account, then, creating opportunities for people to make some visible contribution to their communities is key to fostering a sustainable civic participation. But how might we apply this lesson in the much larger, more complex country in which we find ourselves today? Taking a cue from Tocqueville, we too may begin with the very local, highlighting and even creating opportunities for students to connect with their communities. We may begin by thinking about the classroom or residence halls as spheres of civic life, for example, perhaps building up to the university community and larger city. Many educators already take such steps, building their classes around service-learning opportunities, community outreach projects, and the like. Their efforts are to be commended.

Civic education comes through practice and moral energy grows in the context of our proximate communities.

This kind of rootedness is good both for the health of the polity and for individual people’s sense of purpose. From this perspective, self-government becomes more than a question of casting one vote; rather, voting is just one way among many in which citizens contribute to the actual governance of their communities.

Christina Bambrick is an Assistant Professor of Political Science at Clemson University. She studies constitutional theory and development, American and comparative constitutionalism, and the history of political thought. She is currently writing a book manuscript on the horizontal application of rights to non-state actors in comparative context. She received her doctorate in Government from the University of Texas, and a Bachelor’s in philosophy and legal studies from Scripps College in Claremont, CA.