Randal Hendrickson, Executive Director of Academic Programs at The Jack Miller Center, is a guest contributor for the RAISE the Vote Campaign. The views expressed in the posts and articles featured in the RAISE the Vote campaign are those of the authors and contributors alone and do not represent the views of APSA. 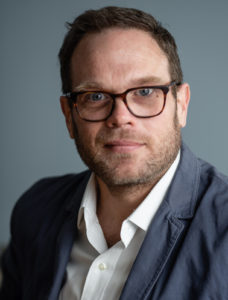 I won’t touch impeachment but to say it seems good for those who mean to promote the study of American political thought. The founders are now everywhere. And so as The Federalist is hot again, I’m happy to recommend to students another perspective on America and on democracy more generally, that of Alexis de Tocqueville in his Democracy in America.

A few words on Tocqueville are in keeping, I think, with this month’s theme of the RAISE the Vote campaign, “Theoretical and Philosophical Foundations to Democratic Engagement,” and appropriate as a recommendation to students active in political life, wary of it, or new to the game.

Tocqueville spent some nine months of 1831 touring and observing the United States. The book he produced based on that journey remains among the most insightful and penetrating on the spirit of American democracy. Democracy in America is a work in two volumes, published in 1835 and 1840.  It is a long, diverse, and sometimes contradictory book that Tocqueville nonetheless claims to be a consistent whole, born of a “mother thought” (14)[1].

Democracies, of course, are capable of harsh tyranny. It was Jacksonian America that Tocqueville toured, after all, a nation whose president favoured the institution of slavery and who presided over the mass removal and destruction of Native Americans.  Tocqueville dwells on such harsh tyranny in the longest chapter of Democracy in America.

Democracies, of course, are capable of harsh tyranny.

Democracies are capable, too, of a softer tyranny, what Tocqueville famously calls the “tyranny of the majority,” which extends to freedom of thought (183, 239-264). Democracy, defined by majority rule, necessarily presents something like the problem of groupthink and other tendencies to the exclusion of minority rights. And so Tocqueville offers various antidotes to the problems posed by the “omnipotence of the majority in America” (183, 235-50).  I’d like to highlight one–his discussions of associations. Here is Tocqueville on democratic engagement.

For Tocqueville, the act of association is a right. In a democracy, associations might oppose existing laws and promote new ones, but we can think of them more broadly–student groups, volunteer fire departments, and the like. The purpose of the thing is to do something new, to get something done, or both. Tocqueville wants to show that this kind of democratic engagement is good precisely because it can subtract from the force of the majority when necessary. Associations temper the omnipotence of the majority. They suggest an opportunity for new people to enter the stage and rise. Associations are good, too, for instructing individuals in the art of democracy, if one can put it that way. Associations teach equal individuals how to rule and be ruled by each other in turn, how to win and lose.

Associations temper the omnipotence of the majority. They suggest an opportunity for new people to enter the stage and rise. Associations are good, too, for instructing individuals in the art of democracy, if one can put it that way.

These reflections are among the many ways it seems that Tocqueville means to “instruct democracy” (7). Look to him for insights into the relationship between equality and liberty in a democracy. Look to him for issues concerning centralization, religion, freedom of the press, and much more.  See if much of Democracy in America is a mirror; see where it falls short. In contrast to the authors of The Federalist and such philosophic predecessors like Locke, you will find in Tocqueville’s work the verve and restlessness of political life. Take advantage of the perspective Tocqueville brings–that of an aristocrat who sees what is redeemable in democracy and welcomes it. It’s the sort of book one can engage again and again. Maybe start on the holiday break.

Randal Hendrickson is the Executive Director of Academic Programs at the Jack Miller Center. He is the author of several articles and chapters in such publications as the Journal of Politics, Perspectives on Political Science, and The New Atlantis.