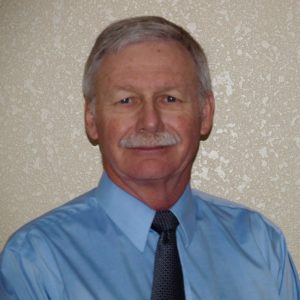 Wyoming is the nation’s least populous state and has a long history of voting for Republicans in presidential elections.  As a result, presidential candidates rarely campaign in the state during the autumn months preceding the November election.  The nomination process during the spring months, however, draws attention to Wyoming as candidates seek pledged delegates to the national conventions.  In 2008, the Wyoming Democratic county caucuses were the only event nationwide related to delegate selection held on March 8, a Saturday midway through the tight nomination campaign.  Then-senators Barack Obama and Hillary Clinton and former president Bill Clinton all visited the state in the three days leading up to the caucuses.  The tight race for the Democratic nomination in 2016 brought Senator Bernie Sanders to the University of Wyoming campus for a well-publicized rally shortly before the caucuses.  (Various Republican candidates also visit the state during the nomination stage but, because of their familiarity, usually with much less fanfare.) The current state of the 2020 primary presents the likelihood that the race for Democratic National Convention delegates will run deep into the spring, suggesting that Wyoming will once more get its share of attention in advance of the Milwaukee convention.  Moreover, two new reforms—a hybrid primary/caucus model and preferential balloting—were expected to draw attention to the Equality State’s caucuses this year.  Events will not unfold as planned because of the COVID-19 outbreak and a narrowing of the candidate field.

Wyoming Democrats did not expect to have a day to themselves this year as their caucuses were scheduled for April 4, the same day as primaries in Alaska, Hawaii, and Louisiana. The absence of delegate-selection events in large states during the two weeks preceding the state’s caucuses and only the Wisconsin primary occurring the following week provide Senator Sanders and former vice president Joe Biden incentives and ample opportunities to schedule rallies in Wyoming if they choose to continue campaigning through normal modes.  Sanders enters as the odds-on favorite, given his victory in the 2016 caucuses.  However, Biden’s moderate policy message and strategy of reminding voters of his links to Barack Obama, the winner of the 2008 caucuses, likely will make him competitive if not victorious.  Individuals must be registered to vote in Wyoming as Democrats to participate in the caucuses; unaffiliated voters and Republicans are excluded.

First and most importantly, Wyoming’s Democrats planned a shift from a pure caucus to a hybrid primary-caucus model.

Various criticisms of the process for selecting states’ delegates to national conventions prompted Wyoming’s Democratic Party to institute two changes this year.  First and most importantly, Wyoming’s Democrats planned a shift from a pure caucus to a hybrid primary-caucus model.  Both primaries and caucuses for initiating states’ selection of national convention delegates have drawn criticism.  Primary elections provide a larger window for participation as voters can cast ballots throughout the day or, in most states, in advance of election-day.  Caucuses, on the other hand, require a greater time commitment and the ability to attend the event at a specific time and location; citizens with family or job obligations or with mobility difficulties are often unable to participate in the process.  Additionally, caucus participants tend to be more ideological than primary voters and are less likely to support moderate candidates.  For example, among 2016 presidential contenders, Sanders and Republicans Ted Cruz and Marco Rubio gained significantly larger voter shares in caucus states while Hillary Clinton and Republican John Kasich, viewed as the more moderate candidates within their parties, fared better in primary states.  Wyoming’s hybrid process, with voters registered as Democrats allowed to submit ballots in advance of or on caucus day to allow more of the party’s registrants to be engaged. Suspension of the county caucuses alters this process but Democrats can continue submitting primary ballots through April 4 and presumably caucuses will be rescheduled at a later date for selecting convention delegates.  Although imperfect this year, the experiment of the primary-caucus hybrid process should be instructive as other states consider reforming their delegate-selection systems in the future.

A goal of rank-choice voting is allowing voters to remain loyal to preferred candidates and yet have a voice in the outcome if those candidates prove not to be competitive.

Wyoming’s second reform is instituting rank-choice or preferential voting for voters who cast primary ballots, where Democratic voters will have the option of ranking up to five candidates. (Three other states also are using this method.)  Frustration that their preferred candidate might not prevail sometimes prompts voters to cast ballots for alternative choices, opting for a less preferred but more viable candidate.  A goal of rank-choice voting is allowing voters to remain loyal to preferred candidates and yet have a voice in the outcome if those candidates prove not to be competitive.  Under Wyoming’s 2020 rules, in each round of primary-vote tallying the candidate with the fewest votes among those not meeting the party’s threshold of 15% for delegate consideration will be dropped and the next choice of that candidates’ supporters counted in the next round.  This is similar to the process of caucuses where participants whose candidate of choice fails to meet the 15% threshold for viability redistribute themselves among second-choice candidates.  The difference is that Wyoming is combining the primary results with caucuses’ rank-choice voting procedures in order to achieve broader voter participation.

Logistical problems delayed the distribution of ballots until after the reduction of the party’s field of candidates to simply Biden and Sanders.  Thus Wyoming Democrats’ experiment with rank-choice voting will not be implemented as planned this year (and might not have the desired effect in the future if the party continues holding its caucuses when the field of candidates typically is pared to two).  Nonetheless, the twin experiments of the primary-caucus hybrid and rank-choice voting for identifying Democrats’ preferences among candidates are valuable reforms to the nomination process that hopefully will create greater interest and participation in states that follow the first wave of caucuses and primaries.

James D. King is professor of political science in the School of Politics, Public Affairs, and International Studies at the University of Wyoming.  Currently he is a Fulbright scholar at Flinders University in Australia, researching how elements of the Australian electoral system might be used to reform American elections procedures.