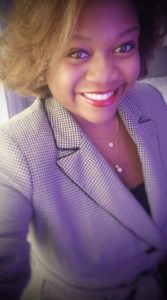 As the 2020 presidential election approaches, Americans are feeling a wide range of emotions. An Associated Press-NORC Center for Public Affairs Research Poll conducted in January of 2020 found that 66% of Democrats are anxious about the presidential election, 43% of Republicans are excited, 62% of Democrats are frustrated, and 82% of Republicans have a great deal of interest in this presidential election (Riccardi and Swanson 2020). How might these emotions stimulate or constrain political engagement? In this brief reflection, I begin by reviewing the extant literature on emotions in political science. I explore the burgeoning literature on emotional experiences at the group-level in politics and explain how these collective experiences of emotions have the potential to reshape the political landscape.

Emotions matter in public opinion and political decision-making. While experiences of anxiety motivate us to learn about politics by increasing information-seeking (Marcus et al. 2000; Albertson and Gadarian 2015), enthusiasm stimulates what scholars consider cheap forms of political involvement like speaking to others about politics, wearing campaign paraphernalia, and putting up a yard sign (Marcus et al. 2000; Valentino et al. 2011). When individuals experience anger, they are more likely to engage in costly forms of political participation like voting, protesting, and donating money to political candidates (Valentino et al. 2011; see Groenendyk 2011 for a comprehensive review). Yet, this scholarly focus is on how individuals experience emotions, not how we might experience emotions as members of groups and the implications this has for politics.

Groups and emotions both inform how people experience politics. Our current political landscape confirms this notion: the anger of women at gender discrimination and sexual harassment led to the #MeToo Movement;  black Americans’ anger over police killing unarmed individuals of color gave birth to the #BlackLivesMatter Movement; a shooting at Marjory Stoneman Douglas High School in Florida increased awareness about gun control legislation and led to a massive national protest in Washington, D.C. and thousands of students participating in a national walkout around the county.

As we approach the November election, it is clear that partisan emotions are at an all-time high.

Only recently have political psychology scholars begun to explore the emotions of groups in politics. Scholars studying affective polarization examine how like or dislike, fear, and anger towards members in our own and opposing parties shape our policy opinions and evaluations of political candidates (Iyengar and Westwood 2014; Webster 2017; Webster and Abramowitz 2017; Mason 2018; Phoenix 2019). Other scholars examine how members of racial and gender groups experience emotions and the ways in which it shapes our policy opinions and voting behavior (White et al. 2007; Philpot et al. 2010; Simien 2015; Banks, White, and McKenzie 2018; Burge and Johnson 2018; Phoenix 2019; Burge, Laird, and Wamble forthcoming).

Given this burgeoning literature, how might emotions experienced by members of groups shape the 2020 presidential election? As we approach the November election, it is clear that partisan emotions are at an all-time high. While there is a great deal of enthusiasm among Republicans to re-elect President Trump, what remains unclear is whether members of the Democratic Party coalition (i.e., the overwhelming majority of black Americans, Latinx individuals, millennials, LGBTQIA+ Americans, suburban white women, and unwed white women with children) will be able to coalesce around the nominees and match that level of enthusiasm at the ballot box. Perhaps in this election, Democrats may be motivated by fear, anger, and anxiety, and will support whoever is on the ticket. Either way, we know that these varied emotional experiences at the partisan-level should lead to engagement in both cheap and costly forms of political participation.

The burgeoning literature on collective experiences of emotions in politics suggests that members of racial and gender groups feel increased levels of pride and enthusiasm when individuals of their same race or gender group seek election.

In addition to partisanship, we can expect the emotions of women, black people, millennials, and the LGBTQIA+ communities to have an effect on politics. Some women may mobilize for candidates that champion issues pertaining to gender discrimination and sexual harassment. Likewise, many African Americans, members of the LGBTQIA+ communities, those in the Latinx community, and Generation Z and millennials may also mobilize for candidates that champion progressive social issues such as discrimination, immigration, sustainability, and gun control. The burgeoning literature on collective experiences of emotions in politics suggests that members of racial and gender groups feel increased levels of pride and enthusiasm when individuals of their same race or gender group seek election (Simien 2015). These increased levels of positive emotions lead to greater levels of political engagement for members of these groups. As such, if a racial, gender, or sexual orientation minority makes it on the Democratic ticket as a vice presidential candidate, we might expect to see greater levels of political involvement among those groups.

Collective experiences of emotions will shape the 2020 presidential election landscape. We know that individuals may experience emotions as members of groups and that these emotions might lead them to engage in the political arena. What will also be interesting to watch are the ways in which political campaigns, interest groups, and PACs stoke the emotions of members of groups by appealing to their needs in speeches and campaign advertisements. Winning elections is about coalition-building and turnout. We should expect speeches and campaign advertisements to include language that targets groups directly by promising the delivery of goods, services, and jobs. These platforms might also be used to stoke the fears, anger, and anxiety of certain groups about policies, goods, and or other groups. What remains certain is that we will all be feeling emotions about the candidates, the policies they endorse, and perhaps towards other groups; how these emotions get channeled into the political space is something that political scientists will explore over the next several years.

Webster, Steven W. and Alan I. Abramowitz. 2017. ““The Ideological Foundations of Affective Polarization in the U.S. Electorate.” American Politics Research 45: 621-647.

Camille D. Burge is an Assistant Professor in the Department of Political Science at Villanova University where she also serves as the Assistant Director for The Center for Peace and Justice Education. She is a scholar of American politics with an emphasis on racial and ethnic politics and political psychology. Her research revolves around three key themes: (1) Black-White relations; (2) the role of emotions in Black public opinion and political decision-making; and (3) intersectionality. Her research has been published in The Journal of Politics, Political Research Quarterly, Research & Politics, and Politics, Groups, and Identities. She is in the process of finishing her first book manuscript titled, Fired Up, Ready to Go: Pride, Shame, and Anger in Black Politics.

Camille serves on the Executive Council of the American Political Science Association’s (APSA) organized section of Elections, Public Opinion, and Voting Behavior (2018-2020) and as Treasurer of APSA’s organized section of Race, Ethnicity, and Politics (2019-2021). In 2018, Camille received The Junior Faculty Award for Excellence in Teaching from Villanova University. Camille was recently appointed to the 2020 Pre-Election Task Force for the American Association of Public Opinion Research. In this position, she is one of several academics working alongside survey leaders/administrators at Gallup, Pew, NBC News, CBS News, ABC News, CNN, Huffington Post, and many other reputable polling organizations, to analyze local, state, and national elections data.