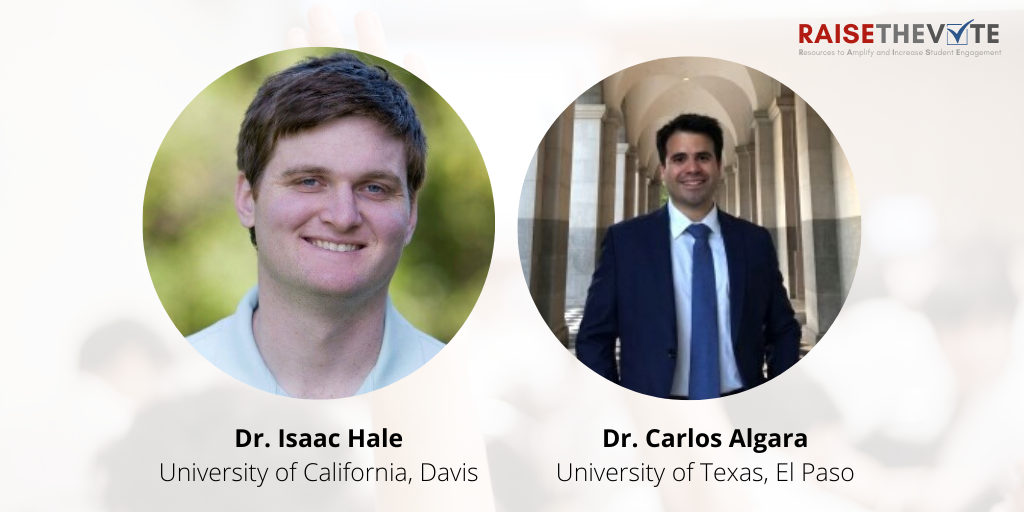 Was the election of 2016 the new normal? Or will Donald Trump’s successful campaign formula of racialized appeals and anti-establishment messaging be forgotten with the GOP reverting to its previous form after his presidency? On the campaign trail, former Vice President Joe Biden has advanced this latter view, saying “history will treat this administration’s time as an aberration,” and that after Trump leaves office “you will see an epiphany occur among many of my Republican friends.” These statements received blowback from both pundits and his 2020 primary rivals, but Biden’s assertion nonetheless raises an important empirical question: is Trumpism distinct from the GOP’s winning formula in elections beyond the 2016 presidential race?

In a paper focused on the 2016 and 2018 elections, we use national survey data from the Cooperative Congressional Election Studies (CCES) to assess the effect of white voters’ racial attitudes on their vote choice. Specifically, we generate a scale of voter racial attitudes from liberal to conservative using three statements that CCES respondents were asked to agree or disagree with in the CCES: (1) “White people in the US have certain advantages because of the color of their skin”; (2) “Racial problems in the US are rare, isolated situations”; and (3) “I am angry that racism exists.” Disagreement with the first and third statements and agreement with the second statement are treated as racially conservative views. With this scale in hand, we then conduct a series of logistic regressions. The dependent variable of each model is a vote for a given Democratic candidate while the key independent variable is the degree of conservative racial attitudes held by a given white voter. We also control for other factors that affect partisan vote choice, including ideology, presidential approval, economic evaluations, income, education, age, and gender. We find evidence that Trump successfully capitalized on these racial attitudes in the 2016 election. In addition, we find that this dynamic was not confined to that election: GOP candidates for Congress benefited from those same attitudes in 2016 and 2018 as well.

In the graphs below, we show the effect of racial attitudes on the vote choice of White Americans in presidential, Senate, and House elections in 2016 and 2018. In each case more conservative racial attitudes are strongly associated with greater support for Donald Trump and Republican congressional candidates. Each value shown corresponds to the change in the predicted probability of voting Democratic as one goes from being very racially liberal to very racially conservative for each partisan group.  Notably, this effect persists even among Democrats and independents, demonstrating that racially conservative voters of all partisan stripes are more likely to support Republican candidates in recent federal elections.

The consistency of this effect is especially notable in an era where party identification is extremely dominant in determining vote choice and voters are increasingly ideologically sorted into the two major parties. As we can see in the graph below, straight-ticket voting (whereby someone casts a vote for candidates who are all of the same party) among White voters based on partisanship is at its highest point since the American National Election Study began measuring it in 1972. In 2016, nearly 90% of White voters voted for House, Senate, and Presidential candidates of the same party. 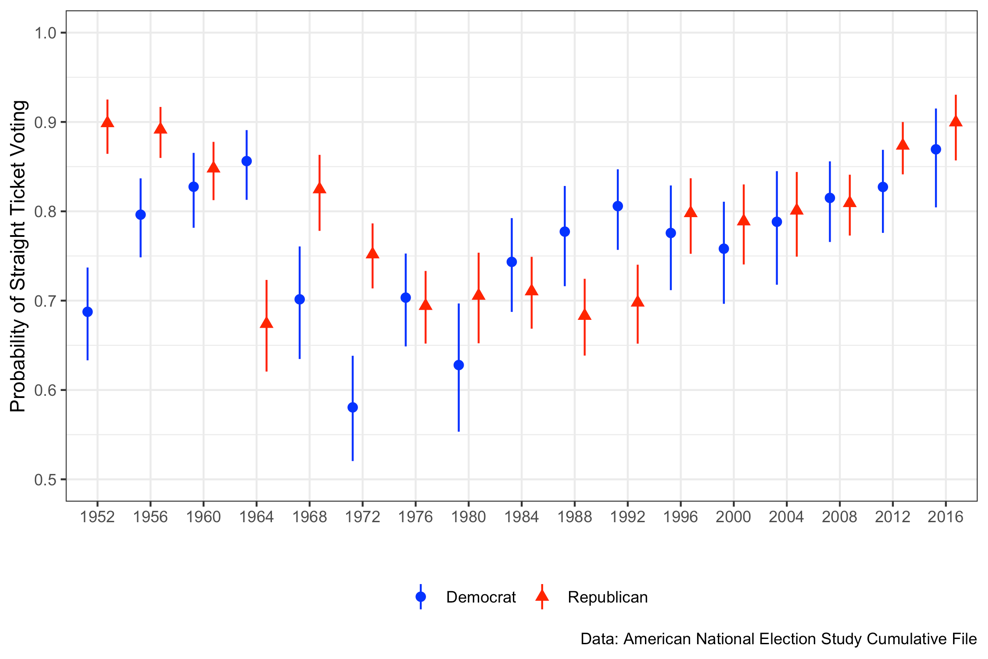 Considering the very high rates of straight-ticket voting in the 2016 election, our discovery that racial attitudes still affect voting is striking. The strength of party identification in recent elections tends to overpower other determinants of vote choice. However, not only do racial attitudes affect vote choice in presidential and Congressional elections, but they do so quite strongly.

Given the results of our research it seems likely that Biden’s assertions were incorrect. We expect that Republican candidates for federal office will continue to make racial appeals in the 2020 campaign – and reap electoral rewards for doing so. Activating the conservative racial attitudes of White voters is a successful tactic for Republican candidates (even in elections such as 2018 without Trump on the ballot). As with Clinton in 2016, Biden’s affiliation with the Obama presidency and his embrace of policy positions such as criminal justice reform that are associated with Blacks are likely to help racial appeals from Trump and other Republican candidates resonate with White voters. Given the centrality of race in American political discourse in the wake of the killing of George Floyd by Minneapolis police and subsequent protests, it seems certain that racial attitudes will have a significant impact on the 2020 election.

Dr. Isaac Hale is a Lecturer of Political Science at the University of California, Davis. He has published research on electoral systems, legislative representation, and the intersection of race & American politics. To learn more about Isaac, visit his website at www.isaacdhale.com.

Dr. Carlos Algara is an Assistant Professor of Political Science at the University of Texas, El Paso. Dr. Algara was also a 2019-2020 APSA Congressional Fellow placed in the U.S. Senate. His research agenda broadly focuses on congressional representation, legislative behavior, electoral accountability, latent variable measurement, and the role of race in shaping partisan behavior in American politics. To learn more about Carlos, visit his website at https://calgara.github.io.