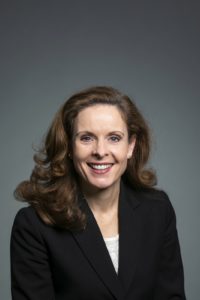 Over the past 20 years, I’ve taught thousands of students a particular narrative about how the US government formed—American colonists established mechanisms in the Constitution to help them solve significant collective action problems. It’s worth remembering that American government under the Constitution represents the founders’ second attempt at forming a union. The first attempt—the Articles of Confederation–failed because its institutions did not sufficiently solve the states’ collective action problems. As the coronavirus pandemic wreaks havoc on our lives, and the federal government struggles to respond, I’m reminded of how difficult it can be for governments to overcome collective action dilemmas, and the fragility of our federal union under the Constitution.

Under the Articles of Confederation, America only lasted from 1781 to 1788. One might say that America’s first attempt at being a nation resulted in a failed state.

Basically, the original framework of the US was built to avoid the tyrannical monarchy that revolutionaries had just fought against. The desire for independence and localized government authority was strong. The suspicion against any sort of strong centralized government was quite real. So, they built a government that gave states all the power, but quickly found they could not govern as a country that way. It all fell apart when the state of Massachusetts couldn’t put down a rebellion of farmers and wound up relying on private militias for support. The state was weak, and it failed.

So from the very beginning, the struggle to govern America has been a struggle to create government institutions that help us coordinate, compromise, and take collective actions. In the face of a pandemic, this basic narrative is again salient.

So from the very beginning, the struggle to govern America has been a struggle to create government institutions that help us coordinate, compromise, and take collective actions. In the face of a pandemic, this basic narrative is again salient. The federal government has made a series of missteps in its efforts to address the pandemic. As the federal government squandered precious time and lacked a coordinated response, governors began to organize responses for their states. States have been competing with one another to acquire personal protective equipment for medical personnel, and the materials needed to perform tests for the presence of the virus.

While the general US response to this pandemic has been far from ideal, and far less effective at curtailing the spread of the virus than many other countries’ efforts, it is not yet another failed state. But modern scholars have been ringing alarm bells about a variety of conditions now present in America that signal a turn toward democratic demise. For example, in How Democracies Die, Levitsky and Zigblatt demonstrate a noticeable decline in American political leaders’ adherence to democratic norms, weakening interbranch checks and balances, and heightened polarization. Scholars at Brightline Watch, who have been using an expert panel to measure the health of U.S. democracy, have also measured a decline in American democracy in the recent period. We’re not approaching America 3.0 yet, but the US is on weaker democratic footing now than it was a year ago, and its likely that an uncoordinated federal government response to coronavirus will hasten that trend.  Moreover, if states continue to battle one another and the federal government in response to the virus, the union of American states will become weaker.

Government is one of the key institutions that humans use to enforce collective action. Responding to a pandemic requires significant coordinated collective action, and in the US federal government response reveals its weaknesses. We are still at the early stages of this crisis and governments at all levels continue to respond dynamically to the significant challenges Americans face in the pandemic and its side effects.

Jennifer Nicoll Victor is Associate Professor of Political Science at George Mason University’s Schar School Policy and Government. She studies the U.S. Congress, legislative organization and behavior, social network methods, political parties, campaign finance, and interest groups and lobbying.  Her current book project explores the conditions for bipartisan cooperation among members of Congress. She is the co-editor of the Oxford Handbook of Political Networks (2017). She is the co-author (with Nils Ringe) of Bridging the Information Gap: Legislative Member Organizations in the United States and the European Union (U. Michigan Press 2013). Professor Victor has published research in the American Journal of Political Science, the British Journal of Political Science, American Politics Research, Party Politics, Interest Groups & Advocacy, P.S.: Political Science and Politics, and elsewhere. She was awarded the George Mason University Teaching Excellence Award in 2019. She is a co-founding contributor to the political science blog “Mischiefs of Faction,”, and has written for the New York Times, Time Magazine, Politico, Gen by Medium, The Conversation, OUP Blog, LSE US Politics blog. She serves on the Board of Directors of the non-partisan, non-profit Center for Responsive Politics, and is a past president of the National Capital Area Political Science Association. More information can be found here.