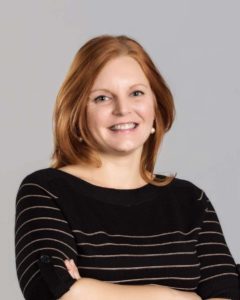 Connecticut’s 2020 primary election is a great example of electoral politics to include in a variety of classroom lessons. For public policy courses, it showcases how focusing events, defined as “an event that is sudden; relatively uncommon; can be reasonably defined as harmful or…potentially harmful…and that is known to policy makers and the public simultaneously,” influence policy. The primary is set for August. Connecticut could cancel their primary like New York since Biden is the presumptive nominee, but this option could potentially damage the integrity of the electoral system. The pandemic has ‘focused’ Connecticut’s primary election conversations on the need for election reform. Both the Secretary of the State and governor are pushing election reform measures onto the agenda. There are talks of moving to a pseudo all–mail election; all eligible Connecticuters would receive an absentee ballot application, and absentee ballot, with postage paid for by the government. Other ideas include an online absentee ballot application, new election technologies, early voting, and no-excuse absentee balloting. This unprecedented election cycle is an excellent classroom example to illustrate the complicated machinations of electoral politics in Connecticut.

For election administration courses, Connecticut is a great example of the complexities that surround state election laws.

Connecticut has fairly antiquated election laws. It is one of nine states that has not adopted early voting and still requires a justified excuse to vote absentee. Nutmeggers must meet one of six excuses to vote absentee. The statute that governs absentee ballot applications says “his or her illness.” While seemingly mundane, it implies that if a voter is not actually sick, they do not qualify for an absentee ballot. Therefore, fear of contracting the virus that comes with in-person Election Day voting does not qualify. If a voter still opts to vote absentee, they could be subject to civil and criminal penalties.

However, the Secretary of the State has the authority to interpret the statute, and she has asked the legislature and governor to fix the statute or, at the very least, offer guidance on its interpretation. The state legislature could amend current language in the state statute. The public health emergency declared by the governor grants him permission to modify any state statute during said crisis. But, there could be hesitation to issuing an executive order to amend election laws because it leaves out the state legislature, and any long lasting election reform would need to be done by the legislature.

This example ties into courses like public administration that examine the politics surrounding policy making. If the state fails to adopt any election reform measures, elected officials could receive backlash similar to that faced by Wisconsin’s elected officials for holding an in-person primary. Moreover, Wisconsin saw COVID-19 cases linked to voters who voted in their primary. It is fair to say that no elected official wants to be in a similar position. Before the pandemic, Connecticut legislators could, and did, vote against various election reform measures. The pandemic puts state legislators in a Catch-22. In early May, Connecticut’s Secretary of the State decided to mail every voter an absentee ballot application for the primary election, noting the complications that surround the language of “his or her illness.” Since the Secretary of the State does have the authority to interpret the statute’s language, she could accept absentee ballots from voters who preferred to vote absentee out of fear of getting sick. But, she is asking for the legislature to act to adopt longer term solutions. Couple the power struggle over this issue with polls that show overwhelming support for election reform ideas like what Connecticut is considering, it creates the ‘perfect storm’ for discussions on the role of politics in policy making.

Shifting the voting costs from Connecticut voters to the government, which will likely happen for the 2020 primary election, means voter turnout will likely rise. It is much easier to cast a ballot from one’s home than a polling place.

A lesson learned from Wisconsin’s 2020 primary is that voters will go to the polls; 34% of Wisconsinites voted. An analysis conducted by Hides and Stewart shows that if there was no pandemic, Wisconsin’s primary turnout would have been roughly 26%. If Election Day was a holiday, thus keeping more voters out of the office and moving them to the polling station much like the pandemic does, would turnout increase in other elections, such as local elections or the general election? Using the calculus of voting theory, the answer is yes. This is a great question not only for students of political behavior courses, but also research methods and statistics. The modeling aspect of such a question would be timely and likely interesting to students.

How does Connecticut conduct a primary election during a pandemic? That story is yet to be written. The hard truth is almost three in four American voters do not want to risk their health to vote in-person. Well over half of American voters are open to other ways to vote, such as all mail elections. In order to hold the Connecticut primary election, state officials are likely going to adopt, even temporarily, some type of election reforms. At minimum, Connecticuters will hopefully see the legislature, governor, and Secretary of the State work together provide much needed clarity on the term ‘his or her illness.’ Should the Nutmeg State adopt any election reform measures on the table right now due to the pandemic, it could be the catalyst for election reform and change the way they vote in future elections.

Gayle Alberda, PhD is as an Assistant Professor of Politics and Public Administration at Fairfield University. Her research focuses on election administration, participation, and civic engagement. Currently, she is working on her forthcoming book, Early Voting’s Impact on U.S. Local Elections. Before her career in academia, Alberda worked the political arena. Her work experience in the political field includes lobbying, party, and campaign experience. She lobbied in Washington D.C. as well as the state and local levels. She also held various statewide and regional positions and worked on numerous campaigns including state house, city council, governor, president, and U.S. Senate, in multiple states. Alberda often serves as a political analyst for the media. She comments on local, state, and national politics and elections for local, regional, national, and international print and broadcast media. She has appeared in the Washington Post, NY Times, Good Morning America, Al Jazeera America, Hartford Courant, CT Post, WNPR, WICC, Associated Press Radio, NBC CT’s Face the Facts, WTHN’s Capitol Report, Channel 12’s Power and Politics, and many others.