Elizabeth A. Bennion, Professor of Political Science at Indiana University South Bend, is a guest contributor for the RAISE the Vote Campaign. The views expressed in the posts and articles featured in the RAISE the Vote campaign are those of the authors and contributors alone and do not represent the views of APSA. 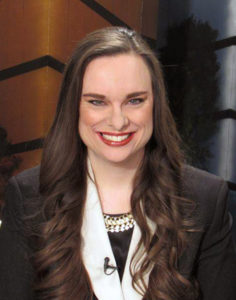 In the United States, voter registration is a prerequisite for casting a vote. Data from the The National Study of Learning, Voting, and Engagement (NSLVE) shows that college student registration rates increase dramatically closer to an election, with many students registering between August and October. The Center for Information & Research on Civic Learning and Engagement (CIRCLE) consistently finds that young adults in states with same-day registration have higher turnout rates than those living in states that do not. Given that many young people wait until they get to school to register, and many also change addresses to attend a college or university, campuses need to educate students to help insure that they are registered to vote and know where to cast their ballots. Before students can vote, they must be registered and campuses can help.

A simple approach to meeting the federal government’s requirement to distribute registration forms to all enrolled students is to send a mass email to students including a link to a printable registration form. While this email-based approach complies with the law, it is ineffective in producing new registrants or voters. David and I conducted a large-scale, multi-campus voter registration field experiment involving over 250,000 students on 26 college campuses leading up to the 2006 midterm elections. Email outreach proved ineffective at registering new voters, regardless of the message or sender.

As APSA focuses on ways to engage student voters, I look forward to hearing about evidence-based best practices on campuses nationwide.

Emailing students a link to an online voter registration system also generated new first-time voters. Registrations generated from the downloadable form did not increase turnout at all while 58% of the boost in registration from the online portal translated into votes.

The increase in turnout translates into 7 votes for every 1,000 students sent an email linking them to the state online registration portal. Although the magnitude of the effect is not very large, the fact that there is very little cost involved in sending out thousands of such emails makes this a potentially useful supplement to other, more labor intensive, approaches to registering and mobilizing college students. We suspect that this approach would be even more effective if campuses embedded voter registration into the course enrollment process, providing the invitation and links to register as soon as students confirm their course selections. This would increase the likelihood that every eligible student sees the invitation while they are online and paying close attention to university instructions.

Moreover, relatively passive registration tactics can increase turnout when paired with follow up nudges to mail the form into the proper offices. In 2008, Rock the Vote conducted an experiment in Pennsylvania and Indiana to measure the effect of sending reminder text messages to users who had filled out and downloaded registration forms. As the registration deadline neared, users were randomly assigned to a control group that received no follow-up text or a treatment group that received a text message reminding the user that the deadline was rapidly approaching. In both states, users assigned to the treatment group were 4 percentage points more likely to return the forms and be registered to vote. This experiment suggests that simple nudges can increase compliance among students who expressed interest in registering to vote and took the initial steps required to do so. This is one reason that schools have partnered with TurboVote, an online system that helps students register to vote at their home or school address, while also connecting them to absentee ballots and sending them email and text reminders to vote on Election Day.

An even more effective approach is to help students register face-to-face. Classroom-based registration drives are an effective option.

In 2006, David and I conducted a nationwide classroom registration experiment. This 16-campus study involving 22,256 students in 1,026 classrooms found that registration increased by 6 percentage points, and voting increased by 2.6 percentage points as a result of the classroom-based registration drives. That is, every 10,000 students targeted yielded 600 registrations and 260 votes. This mobilization effect, while small, is bigger than that produced by less personalized approaches and is based on a registration drive alone that took only 10 minutes of classroom time and did not include any follow-up with new registrants to mobilize their votes. There was no statistically significant difference in the effectiveness of professor and peer presenters, which suggests that campuses can reach students effectively through a combination of DIY faculty presentations and peer outreach.

The classroom experiments demonstrate that taking advantage of a captive audience and providing a designated time to complete the registration process is one way to boost student registration and turnout. Several campuses have taken advantage of these findings to combine the use of technology with face-to-face approaches to voter registration. Campuses with the (NSLVE-documented) highest registration rates report using volunteers to register students at move-in day and new student orientations, collecting and submitting hardcopy forms (where required by law) or using TurboVote and/or the state’s online voter registration system to register students instantly before following up with them via email, text, dorms storms, and election day festivals.

Online registration systems increase the effectiveness of email outreach, but the effect is still quite small, pointing to the need to try additional high impact approaches to voter registration.

In summary, time and effort spent registering student voters is well worthwhile. Personal appeals that accompany the distribution and collection of registration forms are more effective in boosting registration and student turnout rates than more impersonal approaches like email. Online registration systems increase the effectiveness of email outreach, but the effect is still quite small, pointing to the need to try additional high impact approaches to voter registration. The concern that “doing the work” for the voter by soliciting, supervising, and completing the registration process will merely result in the registration of non-voters is not supported by the data. Registration drives themselves provide an important first step toward voting while also providing a statistically significant boost to voter turnout.

I invite you to learn more about the experiments highlighted in this post, and other voter mobilization field experiments with important implications for mobilizing student voters in my paper with David Nickerson, “What We Know about Mobilizing College Students to Vote.” As APSA focuses on ways to engage student voters, I look forward to hearing about evidence-based best practices on campuses nationwide. Together we can usher in a new generation of engaged citizens who take advantage of their rights and responsibilities as voters.

Elizabeth Bennion teaches American politics at Indiana University South Bend. She is the founding director of IUSB’s American Democracy Project and host of Politically Speaking, a weekly TV program on WNIT – PBS for Michiana. In these capacities she moderates political discussions, public issue forums, and candidate debates for local, state, and national candidates. A nationally recognized expert on civic education and political engagement, Professor Bennion has won numerous local, state, and national awards for her teaching and service, and has published widely in academic books, journals, and professional newsletters. Professor Bennion is co-editor of two APSA-published books on teaching civic engagement: Teaching Civic Engagement: From Student to Active Citizen (2013) and Teaching Civic Engagement Across the Disciplines (2017).