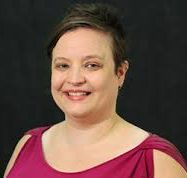 In order to empower young people to have a voice in politics we need to encourage them to find their voice and their identity.  The literature on youth voting often focuses on why young people do not vote [1], however what is more revealing is focusing on why young people do participate.  The research in political science has a few explanations for what encourages young people to participate: peer to peer conversations [2], access to transportation to the polls, and placing polling stations on college campuses. Additionally, young people are more likely to vote when they know who they are. Political identity matters.

Young people go through stages of identity development to explore, question, define and redefine who they are politically.  There are a variety of practices that higher education institutions, faculty, and students can engage in to encourage college student voting.

Colleges should host events that introduce people who identify with different groups.  Political parties should not be the limit here.  There are a variety of groups on college campuses such as Dialog Clubs, Issue Oriented clubs, in addition to a wide spectrum of ideology and party affiliations.  Host an event where students can interact with identity role models.  For example, Student Government could host an event about current political issues facing college students and present different perspectives.  Providing role models allows young people to see what identities are available and to be inspired to develop their own identities.

“Young people are more likely to participate when they know who they are politically.”

3. Collaborate across campus and with the community

We can work with student groups to encourage voter registration drives, information sessions, and host events.  Student government, student dialog groups, and college political party groups are just some of the groups that can work together to create a collaborative voter registration campaign and voting campaign.  Community organizations such as League of Women Voters, local parties, and national voter campaigns are often happy to work with young people to register students and encourage participation.  Remember that you are not alone; collaborate to spread enthusiasm and awareness.

4. Know the state and local rules for registering and voting

Faculty, staff and student leaders should review what the most recent law and Secretary of State’s decision is on college student voting.  Knowing the law is crucial to explaining to students where they are able to vote.  The distinction between residence and permanent residence is opaque for college students.  Make clearer distinctions with their address and their parents’ address.  Students have the ability to choose where to vote.  But if the state or locality uses their decision to limit college student voting, encourage students to vote where they are able to.

5. Fight when fighting is necessary

Youth voting is essential to democracy.  Young people are more likely to participate when they know who they are politically. [4]  Finding ways to explore identity, meet role models, and ask questions about what matters to young people encourages the discovery of identity.  Barriers to participation, especially by state and local registrars, can discourage voting and participating in politics for years to come.  Institutions of higher education, faculty, and student leaders have the opportunity to educate, inform, and facilitate youth political identity development and participation for the future of democracy.

[2] Bennion, Elizabeth A. 2005. “Caught in the Ground Wars: Mobilizing Voters during a Competitive Congressional Campaign.” The ANNALS of the American Academy of Political and Social Science 601(1): 123–141.

[3] Cohn. D’vera. 2010. “College Students Count in the Census, but Where?” Pew Research Center for Social and Demographic Trends.  https://www.pewsocialtrends.org/2010/03/15/college-students-count-in-the-census-but-where/

Bobbi Gentry is an assistant professor of Political Science at Bridgewater College, a small liberal arts institution in Virginia. As a scholar of teaching and learning, Gentry focuses on improving student engagement in the classroom through simulations, policy problem/solution proposals, and research projects.  She is also a youth voting scholar and does extensive research in political identity development.  Her current work on the scholarship of teaching and learning includes best practices in internships, curriculum review in higher education, and identity development in the Political Science classroom.