Marty Cohen, Associate Professor of Political Science at James Madison University, is a guest contributor for the RAISE the Vote Campaign. The views expressed in the posts and articles featured in the RAISE the Vote campaign are those of the authors and contributors alone and do not represent the views of APSA. 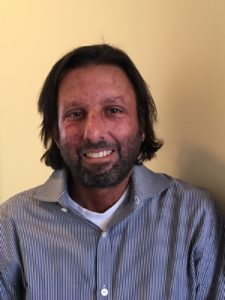 Tuesday March 3, 2020 figures to be a pivotal day in the course of the Democratic nominating campaign. This date is the latest incarnation of Super Tuesday, when 16 states and territories will hold primaries to select just over 35% of the entire pledged delegate total. While many observers are focused on Iowa and New Hampshire, Super Tuesday can be an equally important predictor of the national primary outcome – and Virginia is a key state to watch.

Super Tuesday has been with us since 1988, when both the Democratic and Republican parties thought it wise to put a significant delegate haul up for grabs just after the early states finished voting. The plan was part of an effort to frontload the process, benefitting party establishment favorites who would be more likely to possess the resources necessary to compete in many primaries around the country on the same day. Elites also hoped frontloading would have the ability to blunt momentum earned by an insurgent candidate’s surprise early victory.

While many observers are focused on Iowa and New Hampshire, Super Tuesday can be an equally important predictor of the national primary outcome – and Virginia is a key state to watch.

For the GOP, things worked as planned as it was a decisive day for the eventual nominee, George H. W. Bush. The sitting vice-president won 16 of 17 contests putting him well on his way to clinching the nomination. And among the Democrats, Michael Dukakis, his party’s eventual nominee, did well enough to maintain his precarious position atop a relatively weak field.[1] Since then, Super Tuesday has effectively decided nominations in some cycles and also promised more than it has delivered in others. Hillary Clinton was counting on a Super Tuesday rout in 2008 that would pave her way to the nomination.[2] However, Barack Obama capitalized on a better than expected showing in Iowa to effectively split Super Tuesday with Clinton, maintaining his narrow but persistent delegate lead all the way to the end. Despite this notable, and recent, failure to ride Super Tuesday to victory, Michael Bloomberg is ceding the first four contests to his competitors, and instead putting hundreds of millions of dollars into the states that vote on March 3rd in an effort to catapult to the top of the Democratic heap.[3]

One of the states in which Bloomberg is advertising heavily is Virginia. Virginia is home to 99 pledged delegates on Super Tuesday. Only California, Texas, and North Carolina offer more to the Democratic candidates on that day. Historically, the Old Dominion state has been something of a bellwether contest. Virginia has held nine competitive primaries since 1988, choosing the eventual nominee eight times. The exception was on the Democratic side in 1988 when Jesse Jackson outpolled Al Gore and Dukakis. Four years ago, Donald Trump edged out Marco Rubio while Hillary Clinton dominated Bernie Sanders. With a sizable delegate total and a solid track record of picking winners, it makes sense to delve deeper into Virginia’s political landscape to see who is best positioned to win it in 2020.

Historically, the Old Dominion state has been something of a bellwether contest. Virginia has held nine competitive primaries since 1988, choosing the eventual nominee eight times.

The most recent polling in Virginia shows national front-runner Joe Biden leading the pack with 23% of the vote. He is followed by Bernie Sanders and Elizabeth Warren, each with 9%. Presently, nobody else claims more than 4%–though this poll was taken in early September, well before Michael Bloomberg entered the race. As far as endorsements are concerned, Biden also leads on this important metric with two US Representatives and a member of the Democratic National Committee having pledged their support for him. Pete Buttigieg is the only other candidate with a high-level Virginia endorsement, that being from another member of the US House. However, as in many states without a favorite son or daughter in the race, endorsements have been coming in at a relatively slow pace. So, despite Biden’s lead, as of now there is no consensus pick among political elites in Virginia.

There will be enormous pressure for the party to coalesce around someone with a reasonable chance of beating Donald Trump in November.

The early races in Iowa, New Hampshire, Nevada, and South Carolina will likely influence who triumphs in Virginia and who falters. If the polls are to be believed, the Democrats could see as many as three different winners of those initial four contests. If Joe Biden, the national poll leader and the leader in Virginia, comes in with one or two of those wins he will be difficult to beat. There will be enormous pressure for the party to coalesce around someone with a reasonable chance of beating Donald Trump in November. Biden, by far the national endorsement leader, may be that candidate. With near universal name recognition and the solid support of many African Americans, Biden could easily win Virginia and other delegate-rich contests on March 3rd. If he does so, this cycle will underscore once more the importance of Super Tuesday.

Marty Cohen is an associate professor of political science at James Madison University specializing in political parties and the role of the Christian right in American politics. He is the author of Moral Victories in the Battle for Congress and co-author of The Party Decides. He can be reached at cohenmg@jmu.edu.