Sekou Franklin, Associate Professor of Political Science at Middle Tennessee State University, is a guest contributor for the RAISE the Vote Campaign. The views expressed in the posts and articles featured in the RAISE the Vote campaign are those of the authors and contributors alone and do not represent the views of APSA. 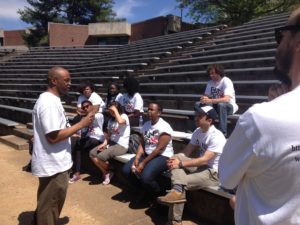 The expansion of civic engagement initiatives in US colleges and universities has diversified the curricula of political science departments. Civic engagement includes a broad array of activities, including: experiential learning activities and externships; volunteer and community service projects that are integrated in course requirements; participant observation of legislative proceedings, city council meetings and hearings by government agencies; independent study and applied research projects; and participation in social movement campaigns. These activities can be developed as in-class or stand-alone activities coordinated by political science faculty and departments.  In general, civic engagement can be institutionalized as broad-based programs by universities and political science departments, or they can be integrated into undergraduate courses to supplement class instruction.

A decade ago, my university—Middle Tennessee State University—established the Experiential Learning Scholars Program (also referred to as an EXL program). The program allows faculty to create EXL courses (or reclassify traditional courses into EXL ones). These courses must comply with learning outcomes that give students hands-on involvement in civic engagement activities, which for the most part allows them to interact with public officials, politicians, and community advocates. EXL faculty can even apply for small grants to supplement course projects. Students who take six EXL-designated courses can graduate with “distinction”—they are formally recognized by the university president as EXL scholars at graduation ceremonies.

These courses must comply with learning outcomes that give students hands-on involvement in civic engagement activities, which for the most part allows them to interact with public officials, politicians, and community advocates.

Several of my courses were designated under the EXL program: Sustainability and the Cities; Civil Rights Policy and Politics; and Democratic Participation and Civic Advocacy. For my sustainability course, I placed students with an environmental organization or government agency. They also had to develop an “Action Plan” that municipalities could use to reduce carbon emissions and create clean energy jobs. I converted my civil rights course to a voting rights immersion class in the Summer 2015. With funds from the EXL program, I took students to Birmingham, Selma, and Lowndes County, Alabama for three years. Students then created photovoice projects visually documenting past and contemporary barriers to voting. On several occasions, students in the civic advocacy course conducted voter registration drives in low-income neighborhoods where incarceration, language barriers, and disabilities inhibit political and voter participation.

I now include at least one civic engagement activity in most of my courses including those not classified under the EXL program. For example, in Spring 2019, students in my African American Politics course participated in an official hearing organized by the Tennessee Advisory Committee to the US Civil Rights Commission. The hearing focused on legal and financial obligations (LFOs) that prohibit formerly incarcerated persons from voting and obtaining affordable housing. Students even provided written testimony that became part of the official record of the hearing.

If leveraged correctly, civic engagement can be a tool for advancing what Brazilian educator Paulo Friere called “critical pedagogy”.[i]  This pedagogical framework reduces hierarchies between teachers and students as well as universities and communities, while allowing faculty to create curricula that promote participatory democracy and challenge institutional inequities.

If leveraged correctly, civic engagement can be a tool for advancing what Brazilian educator Paulo Friere called “critical pedagogy”.[i]  This pedagogical framework reduces hierarchies between teachers and students as well as universities and communities, while allowing faculty to create curricula that promote participatory democracy and challenge institutional inequities. Along these lines, students can be resourced to work on civil rights and advocacy campaigns.  My political science department even has a “Community-Based Practicum” course that allows students to conduct research projects supervised by advocacy groups and government agencies. For the course, students created a documentary on transit justice for a bus riders union and blogged for a community-labor coalition working on community benefits agreements.

Political science departments have much to gain by expanding their curricula and course options to include civic engagement initiatives. First, they can teach students about the machinations of political institutions. For example, in several of my courses, I require students to observe committee hearings at the Tennessee General Assembly or hearings at school boards and municipal commissions. I challenge students to document what goes on behind the scenes at these meetings such as interactions between lawmakers and whether the hearings are receptive to people from poor neighborhoods. 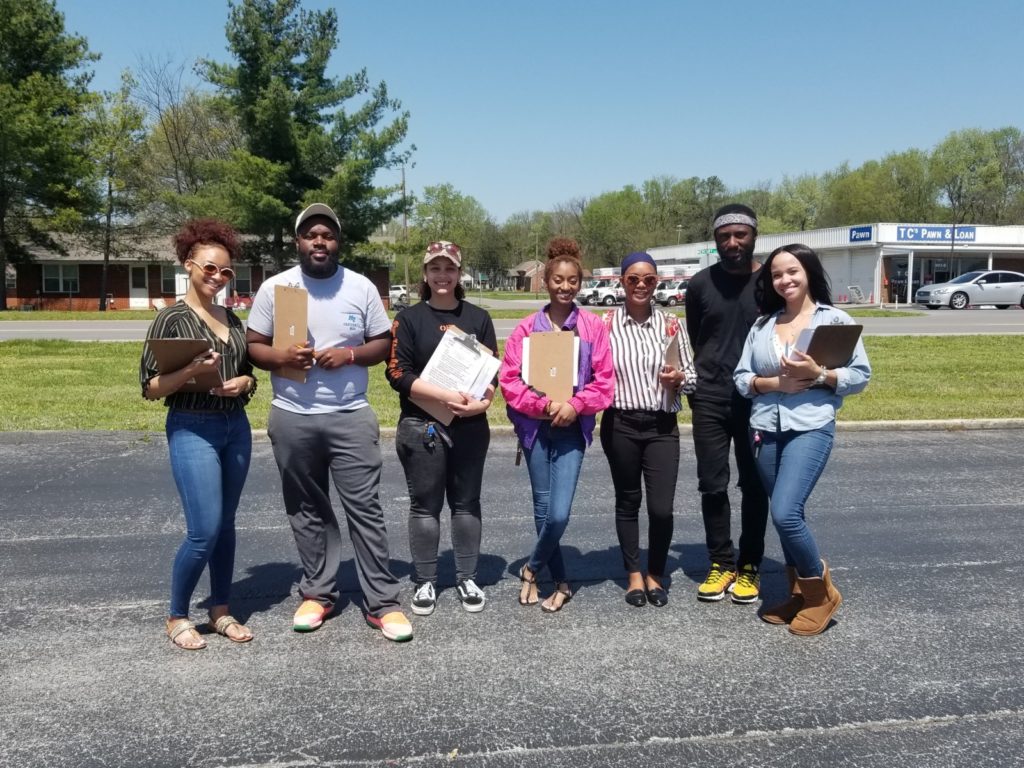 Civic engagement activities that center the experiences of under-resourced communities can also allow students to evaluate their own assumptions about the workings of political institutions.  As part of course requirements, my students participated in an organizer training led by housing justice advocates fighting gentrification; attended a parole hearing of a person who spent 27 years in prison for a wrongful conviction; and participated in a legislative redistricting training sponsored by the Lawyers’ Committee for Civil Rights Under Law. In these settings, students had a chance to evaluate the applicability of constitutional principles to marginalized communities.

Moreover, civic engagement creates reciprocal learning exchanges between university personnel (faculty and students) and community advocates. Students and faculty mentors can assist community advocates, who in turn, may co-produce instructional activities for political science courses.  Students in my African American Politics course teamed up with an advocacy group led by formerly-incarcerated women that was working on a class-action civil rights case at the time. The students canvassed a public housing development to enlist residents in the lawsuit, which provided monetary damages for people adversely affected by the county’s parole system.

A year after the class-action suit, I asked the same advocacy group to help me develop a court watch activity for my “Race and Criminal Justice” course. Court watch is a participatory defense exercise that allows the families and friends of incarcerated persons to serve as watchdogs, and in some cases, to assist criminal defense attorneys in disputes involving indigent defendants. I required students to observe court proceedings in Tennessee’s Sixteenth Judicial District. The students then wrote letters to the Tennessee Administrative Office of Courts offering recommendations on how criminal courts can better respond to under-resourced communities.

Overall, civic engagement should be a critical component of the political science discipline. It should not be solely relegated to internships or specialty courses that focus exclusively on racial politics and civic advocacy. Rather, civic engagement should be integrated into undergraduate courses in US Politics and International Relations and seminars for graduating seniors.

Dr. Sekou Franklin is an Associate Professor in the Department of Political Science at Middle Tennessee State University (MTSU).  He is the author of After the Rebellion: Social Movement Activism and Popular Mobilization among the Post-Civil Rights Generation (NYU Press, 2014) and co-author of Losing Power: African Americans and Racial Polarization in Tennessee Politics (University of Georgia Press, 2019).  He is President of the National Conference of Black Political Scientists and is a member of the Tennessee Advisory Committee to the U.S. Commission on Civil Rights. He works closely with various grassroots and civil rights organizations in Tennessee.  He also provides expert preparation for voting rights and redistricting cases.

[i] Paulo Friere, Pedagogy of the Oppressed (New York: Bloomsbury Academic), 2000, 30th Anniversary Edition.  The book was originally published in English in 1970.  It was published in Portuguese in 1970.