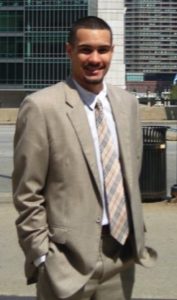 As the 2020 presidential election approaches, African American voters will play a decisive role in determining the election for president and state representatives. The power of Black voters was on full display during the primary season, and many attributed Joe Biden’s come-from-behind Democratic Party nomination victory to Black support in South Carolina. According to polling, Biden now leads Trump in key battleground states, such as Florida, Michigan, North Carolina, Pennsylvania and Wisconsin. Moreover, these are all states that Obama rode to victory in 2008 and 2012, yet Trump won in 2016. Considering 2016 marked the first time the Black voter turnout rate declined in 20 years (after reaching a record-high in 2012), questions about Black voter enthusiasm abound, especially during an uncertain election season where Black Americans are dealing with the disproportionate impact of the coronavirus pandemic. In this post, I discuss two factors mobilizing Black Americans’ political participation in the post-Obama era and during the Trump Administration: racial threat and political empowerment.

Descriptions of Black political engagement during the Trump era often chronicle the dramatic drop in political engagement following Barack Obama’s presidency. For some, it was clear that Obama’s electoral success was, at least partly, due to his successful appeal to Black voters’ racial group consciousness. As Obama’s tenure came to an end, research tried to understand Trump’s inconceivable rise to power. Scholars looked toward historical examples of conservative movements harnessing the power of certain populations that feel aggrieved following moments of great social change, such as after the Civil Rights Movement. While some argued this was exactly what allowed Trump to climb the ranks of the Republican Party, I wondered if a similar dynamic exists among Black Americans, now feeling distressed under President Trump and what seemed like endless attacks on racial progress. Scholarship does find similar dynamics in African American politics, looking toward both protest politics and electoral political action during the Civil Rights Movement as a form of counter-mobilization in the face of white supremacy. Thus, my work focuses on how African Americans engage with politics while facing a perceived threat on a nationwide scale. I do so by examining the roles that Donald Trump and leading Black activists play when it comes to understanding Black political action today.

…perceptions of political threat is one place we should look to understand Black political mobilization.

My research centers on two factors explaining contemporary Black political action: the power of group consciousness and political leadership coming directly from the Black community – here I examine the role of Colin Kaepernick’s activism, as well as the influence of racial-threat, epitomized by the Trump Administration. In a 2018 Journal of Race, Ethnicity and Politics article, “Between Anger and Engagement: Donald Trump and Black America,” my co-author, Christopher S. Parker, and I explore the relationship between perceptions of Donald Trump’s presidency as “destroying America” and Black political participation. Our results suggest that Trump – when perceived as a political threat – is a powerful mobilizing force for Black people. African Americans who were in strong agreement that Trump’s presidency is destroying the country were significantly more likely to express interest in politics, to have voted in 2016, to intend to vote in the 2018 midterm election, and to participate in other political acts, such as signing a petition, boycotting, and protesting.

Furthermore, more recent research identifies the power of threat associated with Donald Trump as explicitly racial. In a survey of 1,545 African Americans, respondents were presented three messages about Trump before they were asked a variety of questions about how likely they were to participate in the 2020 election in various ways. One message described Trump as a threat to racial progress, another as a threat to economic justice, and a third message described him as a threat to American Democracy. When compared to a fourth group of respondents who received no message at all, those who were primed with a message describing Trump as a threat to racial progress were more likely to express confidence in their political participation in a variety of ways, both voting and beyond. The results confirm my previous work suggesting perceptions of Trump as a political threat mobilize Black voters, but also show that it is the threat Trump poses to racial progress that is really doing the work.

…both perceptions of Donald Trump as a racial threat, as well as inspiration from Black political leaders, such as Colin Kaepernick’s, will mobilize Black people to continue to exert their voice in electoral politics and beyond.

The research I’ve described so far indicates that perceptions of political threat is one place we should look to understand Black political mobilization. On the other hand, even as the Democrat ticket is once again led by a White American man, and polls suggest a lack of enthusiasm for Biden, Black political leaders may also be vessels of political influence today. As Black grassroots activists are leading protest movements across the country, few found themselves in the national political spotlight more than former San Francisco 49ers Quarterback Colin Kaepernick. His choice to kneel during the National Anthem in protest of police brutality not only cost him his football career, but also drew the ire of conservatives across the country, including President Trump. His activism, alongside critiques coming from the President himself, catapulted Kaepernick into a position of national leadership.

Although Kaepernick is not a politician or political representative, I question how Kaepernick’s role as a Black political leader influences Black political behavior. In an article published last year in Perspective on Politics, “Shut Up and Play: Black Athletes, Protest Politics, and Black Political Action,” Nyron N. Crawford, Robert A. Bennett III and I explore the influence of Colin Kaepernick’s activism on African American political engagement. We find that African Americans who strongly approve of Kaepernick’s protest engage in politics at elevated rates, and an individual’s attitudes toward Kaepernick’s activism moderates other forces rooted in group identity, namely identification with the Black Lives Matter movement. Additionally, in a recent examination of new public opinion data, African Americans acknowledge that Colin Kaepernick’s protest action has inspired them to not only vote, but also to attend a protest or march.

As we watch some of the largest protests continue all across the country, and calls grow for policy designed to address historical inequities, there are a number of ways that African Americans find themselves politically active. In our post-Obama political environment, my research suggests both perceptions of Donald Trump as a racial threat, as well as inspiration from Black political leaders, such as Colin Kaepernick’s, will mobilize Black people to continue to exert their voice in electoral politics and beyond.

Dr. Christopher Towler is an Assistant Professor in the Department of Political Science at California State University, Sacramento. His research and teaching interests broadly include American politics, race and ethnicity, and methodology. More specifically, his work examines ideological predispositions, alienation, political allegiance and support. Recent projects examine the dynamic relationship between progressive social movements and far-right movements reacting to great social change. He received his Ph.D. from the University of Washington, Seattle, and holds a B.A. from the University of Colorado. A former McNair and Ralph Bunche scholar, Dr. Towler was also a McNair Graduate Fellow as well as a Ford Foundation Pre-Doctoral and Dissertation Fellow. His work has been published in Perspectives on Politics, Journal of Race, Ethnicity and Politics and Du Bois Review. Dr. Towler also directs the Black Voter Project public opinion survey, and is a Senior Policy Fellow for the California Policy and Research Initiative (CalPRI).