In early 2020, the three of us [as 2019-20 officers for APSA’s Presidents and Executive Politics Organized Section] decided to work together on a post-election blog post about continued civic engagement to encourage students to stay involved in the political process.  We identified three key challenges in 2021: recognizing and respecting ideological differences, and working to engage those differences constructively; finding diverse news and scholarly sources to develop informed views on governance and policy making; and identifying opportunities for campus events to promote civil dialogue about politics.  We hope these recommendations will encourage students to navigate the political landscape and keep participating in American politics in 2021. 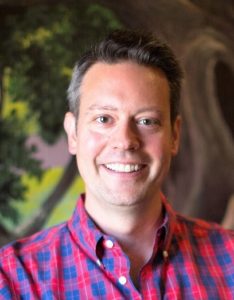 Let’s face it:  2020 was a rough year. In addition to the global pandemic and renewed racial injustice in the US, the 2020 election polarized everything around us: where we shop, what we eat, and what candidate we support. As we take a longer break until the next big election we’ll have to face our friends and families at various holiday gatherings. Before you unfriend or unfollow people you disagree with, let’s take a step back to explore ways to detox from the fierce political world in which we live.

Elections are about stimulating stress – scared people vote; angry people vote. Politicians, parties, and organizations know this. Politics can be upsetting, but don’t let it consume you. You can work to take the temperature down by recognizing how these messages are designed to make you feel and adapting.

Chances are that someone you’re close to holds political values different from your own. Give your friends and family some latitude. People disagree, especially about politics. It’s important to acknowledge you can disagree about ideas without the bitterness. Respect their right to hold their own opinion (even if you disagree). Empathize with them and maybe you’ll find some common ground.

In the weeks before the inauguration, try to stop doom scrolling. Take a break from political news and social media. Turn off push notifications. You can skip a few weeks “without losing track of the plot.” A little perspective will go a long way to reengaging in meaningful political activities when you’re ready.

After weeks of continuous coverage of national elections, especially when there is a presidential race, how do we stay informed about governance and policy making? Following multiple sources of news and analysis – from daily updates to more comprehensive analyses and direct messages from public officials and agencies – is key to understanding, and contributing to, political dialogue and debate. 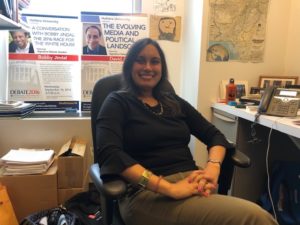 For daily coverage of American government and politics, reviewing multiple news sources is essential for understanding a range of perspectives. Be sure to check whether you are reading or listening to a news article or commentary, and engage with the reporting. What are the sources of information – public officials, governmental agencies, research institutes, businesses, interest groups, other individuals or organizations? How reliable are the sources, and how might their interests or agenda inform their views? A compilation news site, such as www.realclearpolitics.com , is helpful for seeing reporting from a wide range of media outlets, with a range of audiences (national and local) and political perspectives.

To deepen your understanding of current political issues, also review academic studies as well as primary sources. Scholarly research is available through databases such as JSTOR and EBSCO, which you may be able to access through your school’s library. Also look at websites of think tanks – such as the American Enterprise Institute, Brookings Institution, Council on Foreign Relations, Heritage Foundation, and more — which regularly publish public reports that provide institutional and historical perspective for contemporary debates. For primary sources, look at government documents (for presidency studies, The American Presidency Project and the University of Virginia’s Miller Center are excellent research sources), agency websites, and reference resources, such as Ballotpedia and the National Conference of State Legislatures, which are highly useful for data collection and compilation over time.

Investing the time to engage actively with news will ensure your informed participation in the critical current debates we face about priorities and policies in the United States today.

I task students in my introductory American government class with writing a political autobiography, detailing their own process of political socialization and how they came to formulate their relationship to politics and issues. One thing I’m struck by is how many students relate that they have never, or at least rarely, interacted with or even known someone with a different party affiliation or political viewpoint different from their own. This tendency, while not universal, is part of a pattern, from both urban and rural areas, and is increasingly prevalent.  In his book, Why We’re Polarized (p. 39), Ezra Klein cites an analysis by Dave Wasserman at fivethirtyeight.com that shows fewer and fewer people live in communities that are politically  competitive. For example, by 2016, more than 60% of voters lived in counties where the winning candidate received at least 60% of the vote. Even more striking, 21% live in counties where the winning candidate wins by 50% (i.e., at least 75-25). Many of my students write that when going to college they met people with other views and found, much to their surprise (and even relief!) that those people were not the “enemy” but rather people they could talk to, socialize with, or be in the same fraternity or sorority. They just had different political opinions. Some have written that they came to respect the other side and even could see their points; fewer, but not an insignificant number, report that they even changed party affiliations or now identify as independent. 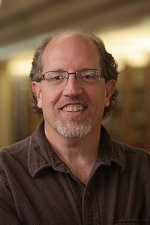 Most colleges and universities have clubs and other organizations that are organized around issues, such as the environment, or political parties such as the College Democrats and  Young Republicans. Some campuses have organizations for third parties. While there may be the tendency to move back into like-minded silos, many campuses, mine included, often see these otherwise opposing organizations co-host public events, get-out-the-vote (GOTV) drives, debates, invite speakers, and the like. While every campus is different, it is my experience that members of these politically opposed clubs are friends, even as they discuss polarizing issues and candidates.  For example, during the 2020 election, our department arranged for students and faculty to use Discord, a chat app, to comment on and interact with others about the presidential and vice-presidential debates in real time. While we may have all met in a common area to watch if COVID hadn’t kept us apart, it was a great way for students from different parts of the political spectrum to come together.

As noted, many clubs and organizations on campus are centered around different things. Check out your campus website and search for student clubs arranged around politics and/or issues. If you join, you can be as involved as much or little as you want, from checking in sporadically to being a core part of the club and perhaps its leadership. If you can’t find one that fits your interests, ask your Dean of Students or seek out someone in student government and ask how to get one started. The process is usually straightforward.

Politics is and has always been passionate and can be divisive, it is not necessary to be toxic.  Getting to know one another and find common ground (e.g., GOTV events), even while engaging real differences, can strengthen democracy going forward and lessen some of its toxicity.

Meena Bose is Executive Dean for Public Policy and Public Service Programs, Peter S. Kalikow School of Government, Public Policy and International Affairs, and Director of the Peter S. Kalikow Center for the Study of the American Presidency, at Hofstra University.  She has published several volumes in presidential studies, including most recently Executive Policymaking: The Role of the OMB in the Presidency (ed. Meena Bose and Andrew Rudalevige, Brookings Institution Press, 2020).

Daniel E. Ponder is L.E. Meador Professor of Political Science and International Affairs, and Director of the Meador Center for Politics and Citizenship, at Drury University.  His most recent book is Presidential Leverage: Presidents, Approval, and the American State (Stanford University Press, 2018).

Brandon Rottinghaus is a Professor and the Pauline Yelderman Endowed Chair in the Political Science Department at the University of Houston.  He is the author of several books, dozens of academic journals, and editor and contributor to multiple edited volumes.  Most recently he is the author of the books Inside Texas Politics (3rd edition) and Inside American Government (forthcoming) from Oxford University Press.  He is the co-host of Party Politics, a podcast on Houston Public Media.