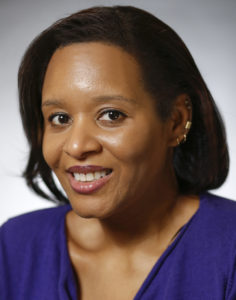 The 2020 Presidential Election has been described by academics, pundits, and reporters alike as perhaps the “most important election in our lifetime.” There are those who give full-throated support of President Trump and the current administration, despite his unorthodox behavior over the past four years. At the same time, there are those who support his opponent, Joe Biden, who promises to restore integrity to the position and unify the country in the wake of myriad phenomena that mark the year 2020 as “peculiar,” to say the least. On November 3, voters will descend on polling places around the country to determine which of these two men will lead the country (and represent the US to the rest of the globe) beyond 2020. The aftermath of the 2020 Presidential election promises to be an interesting experience for the political science profession and our students.

Just as a medical examiner performs an autopsy to determine a person’s cause of death, political scientists, news reporters, candidates, pundits, and laypersons alike will conduct their own postmortem of the 2020 election. And just as the medical examiners hope learning the cause of the death will bring a measure of comfort to survivors (and aid law enforcement in an investigation), those conducting an “election autopsy” hope to explain why one candidate/party lost and the other was victorious. Many students will want to discuss the results of the election and express their elation (or despair) at the result. It is important to allow students to “process” the election and its results, as it is possible this is the first time many have voted. Instructors – especially in political science – will want to “deconstruct” the election results, primarily addressing (a) the popular vote, (b) states won/lost by each candidate, and (c) the Electoral College. Some will proceed further, addressing turnout percentages based on race, ethnicity, gender, socioeconomic status, and religion. Still others may choose to prognosticate the future of the country based on election results. Regardless of the degree of detail the instructor plans to impart, it is important for political science instructors to hold space for students to process the election results in the days following the election. The following suggestions can be used to address the 2020 Presidential Election results and examine how voters and the electoral system came together to create the outcome.

The Election is Over: How Does It Make You Feel?

First, students will want to talk about the election – especially if they are in a political science class (although students in other disciplines will also likely want to talk about it.) Some students may be very happy with the outcome; others may express sadness, anger, or confusion if their candidate(s) or party does not win. These attitudes may be stronger in students who voted as opposed to those who did not.

Students happy with the electoral outcome should be sensitive to those who are not; instructors are encouraged to maintain existing standards of civility and protocol when students are expressing their joy – i.e., no gloating, name-calling, or threatening words or gestures. If the course is one where students tend to take sides on an issue and engage in (possibly contentious) debate, there are usually standards put in place in the syllabus, and instructors generally set the tone for discourse.

At the same time, some students may express sadness, anger, or confusion; they may feel as if their candidate/party has been cheated out of victory. They may feel as though the “satisfied” students should serve as a proxy for the otherwise faceless individuals who may have voted against their candidate/party. Because many institutions are conducting “virtual” classes because of the COVID pandemic, many classes are meeting online through Zoom instead of in person. As such, some students may be more willing to express their anger/animosity (and possible threats) than they would be in person. Instructors should be conscious of students’ emotional responses to the election and do their best to cultivate a respectful and safe environment for students across the political spectrum.

Some students are bound to be apathetic – especially if they did not bother to register and vote (or tried to but were denied the opportunity to cast a vote). These students are likely to say things such as, “I really don’t care who won – my life won’t get any better”; “all politicians are the same”; or, “my vote does not matter”. Political science instructors (especially those who teach US Government) would be remiss if they did not discuss four things in particular:

By helping apathetic students realize the importance of elections – even though their single vote will not change a result when millions have participated – the instructor may be able to encourage those students to continue – or begin – engaging the political process to increase their sense of political efficacy.

Discussing Politics Beyond the 2020 Election and Encouraging Political Participation

Once students have been given a chance to “vent” in person, instructors may consider allowing students to continue to address the electoral results vis-à-vis a written assignment (perhaps for extra credit). Otherwise, it is suggested that instructors shut down any further discussions. There are, however, exceptions to this notion: (a) If the election has NOT been decided on election night, and votes are still being counted a day, two days, a week, etc. afterward; (b) if the losing candidate does not concede the election and contests the results; (c) if a contested result makes its way to the courts; if this occurs, the attitudes and emotions of students on the day after election can “switch”. It is up to the instructor to determine if the election aftermath will be addressed on more than one day; the instructor may choose to limit the amount of time devoted to discussing the election further (e.g., 5-15 minutes each class period). In addition, US Government instructors can find ways to integrate the ongoing political saga with a past our upcoming lesson which uses the phenomenon to explain the concept/lesson in greater context and detail.

Instructors will probably be as emotionally invested in the election results as students; however, instructors are encouraged to refrain from overt expressions of joy or anger. Instead, approaching the results from a neutral position enhances one’s perceived professionalism (although some instructors are subjected to both overt and implicit biases based on race, ethnicity, gender, or age. As such, some students may assume the instructor’s candidate/party preference and direct their feelings towards the instructor based on this perception.)

Instructors can enhance discussion (and maintain neutrality) by using graphics and scientifically based polls. The website FiveThirtyEight can be used to show students the various polls taken at different times and from different outlets showing how presidential approval, candidate choice, and other factors (such as exit polls) may be reflected in the overall vote. In addition, David Leip’s atlas  shows the results of past elections (going back to 1789), which the instructor can use to illustrate vote concentrations at the state level for each candidate in presidential and Congressional elections, presidential primaries, and gubernatorial races.

The results of the 2020 Presidential election will be discussed in political science courses for years to come. The emotions triggered by the election’s outcomes are liable to remain with students for weeks or months. Students and faculty alike are encouraged to seek additional, perhaps professional, assistance in working through feelings of anger, depression, or anxiety. Because 2020 has been a difficult year for everyone, receiving a “less than satisfactory” outcome will make the year seem worse for some. On the other hand, some will see the election results in a positive light and one of the “good things” to come out of an otherwise “awful” year. In any case, the 2020 Presidential Election – and all that comes with it – will definitely be a topic of discussion for years to come. I encourage political science instructors to use their knowledge and expertise in the subject to help students make sense of the outcome.