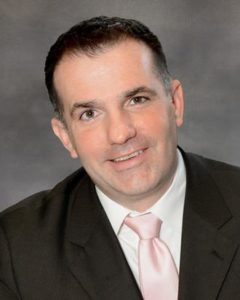 The presidential nominating caucus is facing increased scrutiny after the Democratic Party in Iowa experienced a number of technological challenges that delayed the tabulation of their final caucus results. Consequently, many eyes are on the remaining few US states and territories that still utilize a caucus system to allocate their delegates in the presidential nomination process. In 2020, that list includes Iowa, Nevada, Wyoming, and North Dakota, as well as American Samoa, Guam, and the Virgin Islands[i]. In response to the technological concerns raised after the Iowa caucus, the North Dakota Democratic-NPL party promised a “low tech” solution, including paper ballots and traditional machine counts[ii].

While caucuses were once heralded as more participatory (and thus, more democratic), critics of the caucus system note that caucus-goers are rarely representative of a state or territory’s larger population and often attract participants who are more ideologically extreme. The traditional caucus also requires a substantial time commitment, frequently involving a process of balloting and re-balloting, which can further depress turnout. Additionally, the traditional caucus process precludes any sort of meaningful recount if the results come into question[iii].

North Dakota law establishes a statewide June primary in even years but does not provided for a presidential nominating process–leaving the process up to its parties. Both the North Dakota Grand Old Party (NDGOP) and the Democratic-Non Partisan League (Democratic-NPL) last held primaries in 1996 before moving to a caucus system in the 2000 election.

North Dakota does not require party registration and is unique among the states in that it does not require voter registration. Rather, citizens are considered qualified voters if they meet minimum age and residency requirements. More recently, state statute requires primary and general election voters to present positive identification and to affirm their US citizenship at the polls.

The North Dakota Democratic-NPL caucus will be held one week after Super Tuesday on March 10, 2020 and resembles an unassembled primary or “firehouse” caucus, where participants cast a ballot for their preferred candidate.

Any qualified voter can participate at one of the 14 sites statewide, or through a mail-in ballot. This year, caucus-goers will not be required to remain on site after selecting their preferred candidate, unlike the more traditional caucus held by the Democratic-NPL party in 2016. In this sense, the “firehouse” caucus much more closely resembles a traditional primary election. Party leaders hope that the firehouse format combined with a mail-in ballot option will increase turnout and the representativeness of those who cast ballots[iv]. However, some challenges still remain due to the limited number of caucus sites and North Dakota’s lack of party registration. To minimize potential interlopers from influencing the process, Democratic-NPL caucus-goers are required to sign a “pledge of support for the Democratic party.[v]” Additionally, a number of Democratic candidates have terminated their presidential campaign after the mail-in ballots were released in late January, including Michael Bennet and Andrew Yang.

The 2020 ND-GOP caucus is also scheduled for March 10. The NDGOP Caucus rules provide for a proportional allocation of delegates for any candidate receiving more than 20 percent of the vote, with the exception of a “winner take all” provision for a candidate receiving greater than 60 percent of the vote[vi]. Since President Donald Trump is the only presidential candidate listed on the caucus ballot, it is expected that he will be awarded all 29 unpledged delegates.

North Dakota’s political culture is best described as a “potent mix of populism and egalitarianism.[vii]”

Its residents have historically opposed policies that privilege some residents over others and have had a strong distrust of elites and centralized power. The state was among the first in the nation to embrace a number of progressive era reforms, including initiative, referendum and popular recall. North Dakota established the right for women to vote in statewide elections in 1917 and lays claim to the nation’s first direct presidential primary in 1915.[viii] These values have also resulted in policies such as the statewide parking meter ban in 1948 and the elimination of statewide voter registration in 1951. And although the state has moved further right in terms its electoral support, it still embraces two “socialist institutions” in its state-owned bank and grain elevator.

Given these strong political undercurrents, it is not surprising that Democratic-NPL caucus-goers supported Sanders and his policy slate over Clinton by a 64 to 36 margin in the 2016 caucus. Trump’s populist campaign message also resonated with the state’s conservative and moderate voters, leading him to a 63 to 27 percent margin of victory over Clinton in the 2016 general election.

North Dakota has relatively few delegates at stake (29 unpledged delegates for the NDGOP and 14 pledged and 4 unpledged delegates for the Democratic-NPL party[ix]). However, a Democratic frontrunner has yet to emerge after the Iowa Caucus and New Hampshire Primary—and Michael Bloomberg’s late entrance into the race may further delay an emergent frontrunner. Many party leaders fear a scenario where one candidate wins a plurality of delegates rather than a majority, which would likely lead to a brokered Democratic Nominating Convention in July. On March 10, there are 263 delegates at stake across six states. The candidates will likely focus most of their attention on Michigan and Missouri which have 125 and 68 delegates, respectively. However, if a clear front runner does not emerge after Super Tuesday, smaller states like North Dakota and Idaho are likely to receive increased attention from the slate of candidates.

Dana Michael Harsell is an Associate Professor in the Department of Political Science and Public Administration at the University of North Dakota. He teaches courses in state and local government, public administration, the intersection of business and government, and the presidency.

Posted in 2020 Election, RAISE the Vote