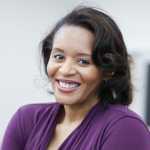 The South Carolina (SC) Democratic Primary will take place on February 29, 2020. Former Vice President Joe Biden is counting on the state’s black voters to propel him closer to the top of the leaderboard and revive his moribund campaign after poor showings in Iowa and New Hampshire. After all, South Carolina was the site of Obama’s first decisive victory in the 2008 campaign—and as Obama’s eventual Vice President, Biden is anticipating that much of the black support Obama received in 2008 will be there for him in 2020.

Only, it may not happen as he expects.

Biden’s lead among black voters in SC has diminished considerably over the past several weeks. The latest poll shows approximately 36 percent support him, followed by Bernie Sanders at 20 percent. In addition to Sanders’ surge of support, a “dark horse” candidate has also been steadily chipping away at Biden’s lead in the Palmetto State.

The latest poll shows Steyer is favored by approximately 17 percent of black voters polled, behind Sanders at 20 percent and Biden at 25 percent.

Steyer’s campaign has yet to make a decent showing in either of the previous contests, and he is rarely mentioned in the media when Democratic candidates are being discussed. However, Steyer’s advertisements run on television in SC constantly, and people are beginning to pay attention. The latest poll shows Steyer is favored by approximately 17 percent of black voters polled, behind Sanders at 20 percent and Biden at 25 percent.[1] My parents, like many, became amateur political scientists when Obama won the SC primary in decisive fashion in 2008. During a conversation with them in January, both expressed excitement for Steyer and his message. My father said, “Lots of us up here plan to vote for him; we like what he has to say about taxes, education, and the environment. Plus, he seems like a good guy. Don’t know if he’ll win, but Steyer’s my guy for now.” I saw a few of his commercials myself when I went home for the holidays; Steyer does not present himself as a billionaire, but rather as an “amiable, regular, middle-class guy” who has big ideas for the country should he be elected President.[2]

Therefore, SC may not be the cakewalk for which the Biden camp is hoping; as of this writing, the latest poll conducted by The Post and Courier South Carolina/Change Research shows Biden leading the primary at 25%, with Sanders at 20%, Steyer at 18%, and Elizabeth Warren at 11%.[3] While Sanders’ numbers have improved since 2016 among black voters (from 14%), it is assumed that many of these potential voters are younger and less evangelical; a New York Times article from 2016 captured Sanders’ failure to galvanize a crowd at one of Columbia, SC’s oldest and most influential black churches.[4] At the same time, Steyer’s campaign has been accused of “trying to buy the black vote” by paying a SC House representative thousands of dollars per month in “consulting fees” and donating thousands to the SC state Legislative Black Caucus.[5] The scandal does not seem to faze potential voters, however.

In addition, a strong showing by Sanders may propel him to the top temporarily, as all campaigns should be mindful of Mike Bloomberg – the other billionaire “dark horse” expected to emerge on Super Tuesday.

The SC primary promises to be as exciting, interesting, and confusing as the Iowa caucuses, but for very different reasons; instead of confusion over vote totals and improperly functioning apps, we may see Biden eke out a victory instead of a landslide, which may not do much to take his campaign off life support. Sanders is likely to come in second place but can stake a claim at the top (at least temporarily). The most surprising element will likely be Steyer’s vote totals and the percentage of vote coming from black voters; a significant percentage of the black vote could signal to blacks in other states that they too should not feel beholden to the Obama/Biden legacy. Having a strong primary showing may not save Steyer’s campaign – or Biden’s for that matter. In addition, a strong showing by Sanders may propel him to the top temporarily, as all campaigns should be mindful of Mike Bloomberg – the other billionaire “dark horse” expected to emerge on Super Tuesday.

Athena M. King, PhD, MPA has been an Assistant Professor in the Political Science department at Virginia State University (VSU) since August 2018. Prior to coming to VSU, she was an Assistant Professor of Political Science at Jackson State University (JSU). Dr. King received her PhD in Political Science and a Master’s in Public Administration from the University of South Carolina-Columbia. Her major field is American Politics, with research emphasis in U.S. racial and ethnic politics, African-American politics, urban policy, electoral behavior and American Political Development. Dr. King’s current research agenda includes projects on implicit bias against women faculty in the Academy, environmental justice, converting her dissertation into a book on racial/ethnic stratification (in the US and other parts of the world), and a co-authored book which examines the historical and present-day realities and ability to negotiate power within contemporary spaces such as social media and mainstream politics.  She has published in the National Political Science Review, The Journal of Race and Policy, and 21st Century Urban Race Politics: Representing Minorities as Universal Interests (the latter for which she and her co-authors were awarded the Outstanding Author Contribution Award, Research in Race and Ethnic Relations by Emerald Group Publishing Limited in 2014). In addition, she has co-authored book chapters in Minority Voting in the United States and Whose Black Politics? Cases in Post-Racial Black Leadership. In addition to VSU and JSU, Dr. King has taught at the University of South Carolina-Columbia, University of Massachusetts-Amherst, Framingham State University, and Eastern Michigan University. Her teaching portfolio includes courses in Public Policy, Urban Politics, Scope & Methods, Senior Research Seminar, State/Local Government, Environmental Politics, Statistics, Introduction to Law, and introductory courses in Political Science and American Government. She is affiliated with the American Political Science Association, Midwest Political Science Association, Southern Political Science Association, and National Conference of Black Political Scientists. She is or has been a cohort participant in several programs and workshops, including the VSU Faculty Mentoring Program (2018-present), JSU Faculty Mentoring Program (2017-2018), Jackson State University Academy for Research and Scholarly Engagement (2016-2017), the Summer Program for Research Design (University of Florida – Summer 2017), XSEDE training workshop (Jackson State – 2017), and the Interuniversity Consortium for Political and Social Research (ICPSR)(University of Michigan – 2013).