Lori Kumler, Associate Professor of Political Science and International Studies at the University of Mount Union, is a guest contributor for the RAISE the Vote Campaign. The views expressed in the posts and articles featured in the RAISE the Vote campaign are those of the authors and contributors alone and do not represent the views of APSA. 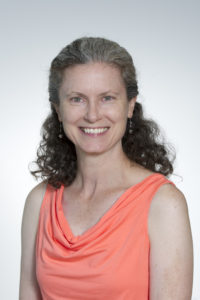 Nudging Students to Register, Vote, and Engage in Politics
by Lori Kumler, Associate Professor of Political Science and International Studies at the University of Mount Union

Interviewer: Why did you vote?
Student: Because I can.

For many students, “Because I can.” is not a sufficient reason to vote. The question of how we can increase student political participation is both an important and complicated question—one for which universities and other organizations devote considerable amounts of time. A quick Internet search reveals several organizations devoted to increasing college students’ political participation: All in Campus Democracy Challenge, Campus Compact, and Students Learn Students Vote Coalition, among others. In grappling with the issue of student registration, voting, and political engagement at the University of Mount Union, a team of faculty, staff, and students took a new approach (for us) in the 2016 presidential election and found some success. Our efforts centered on fall presidential debate watch gatherings featuring several key elements: campus partnerships, attendance incentives targeting student groups with critical mass, student leadership, and voting/registration resources. Following the debates, we created permanent campus “stations” with voting, registration, and engagement resources.

In the following paragraphs, I will describe both of these efforts, but first, I turn briefly to a key theory behind these efforts.

In making resources available to students and providing opportunities for engagement, campuses create scaffolding to assist students in making the choice to vote—what Sunstein and Thaler (2008) termed “choice architecture.” [i] The structure that campuses provide to make choices, such as making voting resources readily available, building a culture of political participation, or providing transportation assistance to the polls, can aid students—“nudge” them—towards a decision to participate. In a parallel research study, I undertook with one of our outstanding undergraduate majors, we found that attending one of our sponsored debate watch events seemed to nudge a group of otherwise non-participators to register and vote.

During the summer and fall of 2016, Mount Union’s political science department partnered with several campus entities including student affairs, our center for public service, campus Greek organizations, and student-led campus media (newspaper and radio station). These partnerships enabled the University to successfully market and host debate events. For example, student affairs and the center for public service provided resources and information to communicate and host our events, including funding for refreshments and trivia prizes, student volunteers, and vital connections with Greek organizations. For years our office of student affairs had carefully cultivated a culture of leadership and community mindedness among Greek students that we successfully harnessed. It is important, however, to recognize that our relatively small student body likely made these types of cross-campus partnerships easier.

Second, and perhaps most importantly, we knew that to get numerous students to participate—and to reach a larger audience regarding voting, registration, and election engagement—we needed to entice a critical mass of students to attend.

Given the large proportion of our students who hold membership in Greek organizations (25%) and the inherent participatory orientation of Greek culture on campus, we focused our energies on Mount Union’s eight campus Greek groups. Financial incentives provided the essential thrust for Greek student participation; fraternities and sororities compete heatedly for philanthropy funding (money raised by each Greek organization that is then given to their charity). We announced that each Greek organization (women’s and men’s) with the highest participation at campus debate watch events would receive $150 towards their charity.

Importantly, political science students held many key leadership positions on campus including membership in Greek organizations and student government, as well as more obvious leadership of political science department clubs/societies such as Pi Sigma Alpha, Pre-law society, and Sigma Iota Rho. We pulled heavily from a key group of majors with multiple memberships and tasked these student leaders with opening the events, coordinating trivia questions and prizes, and disseminating information and forms on registration and absentee voting during the debates.

As simple as registering to vote may seem, it can be a substantial hurdle for many students (as evidenced by questions they ask when given forms to register). We opened each event with a student-led talk on civility and information on voter registration and absentee/vote by mail ballots. Student and faculty hosts passed out forms to attendees and answered questions. The event utilized two screens: one screen projecting the debate and a smaller screen beside it that projected an event Twitter feed. Student hosts manned the Twitter feed and reposted tweets from other feeds highlighting debate content. At various points during the debate, student leaders asked political trivia questions and handed out prizes for correct responses.

From here, we return to our main question: did we manage to increase student voting, registration, and engagement?

As expected, students who watched debates—at our events or elsewhere—were significantly more likely to register and vote, to discuss politics with others, and to feel competent in their political participation and knowledge.

Findings in our parallel study indicated both expected and unexpected results, ultimately suggesting that we did have an effect among students who otherwise might not have participated. As expected, students who watched debates—at our events or elsewhere—were significantly more likely to register and vote, to discuss politics with others, and to feel competent in their political participation and knowledge. Unsurprisingly, the types of students who like to watch debates also seem to be politically participatory. But what about those students who might not normally attend a debate, register, or vote? To understand whether we had reached those less politically inclined, we examined a specific group of students who met two criteria: those who watched only one debate and who watched at one of our sponsored events. We reasoned that these students most likely watched that debate in order to help their Greek organization win the incentive; in other words, these students were likely “nudged” to watch through our incentive structure and through peer expectations. We compared these students to what would have been their default status had they not participated in one event: they would have been non-participants. In a statistical comparison, these one-time, nudged debate watchers were significantly more likely to register to vote and to vote than were non-watchers. Furthermore, non-watchers actually rated themselves more participatory in Greek organization events than did one-time participants, so we cannot point to nudged watchers being inherently more participatory than non-watchers.

As encouraged as we were, presidential elections—and the debates that accompany them—occur only once every four years. Registration, voting, and political participation should happen every year, and the latter two multiple times a year. How could we provide permanent choice architecture for student political engagement? We did so in the form of two campus kiosks in high traffic areas on campus. Termed “Civic Corner,” each one provides voter registration forms, absentee ballot request forms, blank postcards for students to write their representatives, and a fixed tablet to look up voting, registration, and government information. Completed postcards and forms can be placed in a locked mailing box with postage paid by the University. We have assisted our local high school and several other universities with putting together their own customized Civic Corners.

Universities undoubtedly play an important role in student political participation. Although there is likely no one “best” way to increase student participation, we are encouraged by our abilities to make it easier for students to decide to vote and to politically engage. Why should we make the effort? Because we can make the difference.

Lori Kumler is an Associate Professor of Political Science and International Studies at the University of Mount Union. Her research interests include youth political participation, climate policy, and water policy. You may contact her at kumlerlm@mountunion.edu.