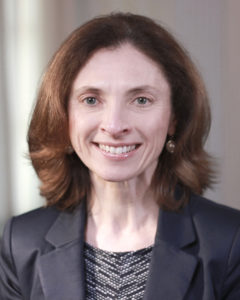 by Elizabeth C. Matto, Associate Research Professor at Rutgers University’s Eagleton Institute of Politics, and and Director of the Institute’s Center for Youth Political Participation

In 2018, political scientists played a heightened role both in their classrooms and across their campuses in fostering nonpartisan student voter engagement. This work reflects recent APSA efforts, with the association’s publication of Teaching Civic Engagement: From Student to Active Citizen and Teaching Civic Engagement Across the Disciplines and companion website, to encourage and support political scientists and educators from all disciplines to engage their students in their communities and in politics. In this spirit, I was happy to partner with Allison Rank from SUNY, Oswego State and Jennifer Domagal-Goldman of the ALL IN Campus Democracy Challenge in organizing and administering a workshop at the recent TLC at APSA designed to support teacher-scholars as they link civic engagement scholarship with the practice of nonpartisan student voter education and engagement.

Whether one was new to civic engagement research and practice or an experienced teacher-scholar looking to sharpen their skills, this workshop had something for you.

Our aim was to emphasize that the research, practice, and pedagogy related to student voter education and engagement is interwoven, one reinforcing the other. Moreover, civic engagement education is multi-faceted and can take place in the classroom, across the campus, and even via regional and national efforts. To advance these themes, workshop participants placed themselves in one of three working groups: one focused upon civic engagement education in the classroom, one looking at campus-wide work, or one that explored efforts beyond the campus. Along the way, participants were guided by a variety of materials organized and offered in a shared Google drive. This drive served not only as a resource for the conference workshop itself but continues to act as an ongoing touchpoint to support civic engagement efforts as we look ahead to state elections this fall and national elections in 2020.

“Political scientists have played a vital role in these efforts – from incorporating evidence-based instructional techniques into their curriculum, providing leadership and expertise on their campuses and in engagement efforts beyond their campus, and rigorously assessing and studying the effectiveness of civic engagement efforts so as to inform future pedagogy and practice.”

Workshop participants interested in classroom-based civic engagement education were led by Allison Rank as well as Robert W. Glover of the University of Maine and Emily Giffin from Democracy Works. In this working group, participants were exposed to examples of such in-class political learning activities as “Votes and Ballots” by Democracy Works and a voting module by Project Pericles. Workshop participants also explored research-based opportunities to incorporate election-based activities into their political science curriculum such as involving students in voter registration drives or working with students to create voter guides. Finally, participants in this segment of the workshop explored samples of classroom and campus-level research on civic engagement, were introduced to prominent concepts within the field, and even were presented options for data collection and analysis. The peer-reviewed journals explored also offered participants targets for publishing research in the area of civic engagement.

There is growing research that campus culture plays a meaningful role in students’ civic and political engagement and that political learning takes place across disciplines and throughout various facets of campus life.

Workshop participants who wanted to learn more about research and practical efforts taking place at the campus-level joined the working group that I led with Elizabeth A. Bennion from Indiana University, South Bend and Dick Simpson of University of Illinois, Chicago. In this working group, participants explored key scholarship on evidence-based methods for registering and mobilizing students to vote as well as key reports such as “Election Imperatives” from the Institute for Democracy and Higher Education documenting the best practices in enhancing student learning and engagement across campus. Participants also were provided templates of planning documents they might use on their campus and even were given models of campus checklists and action plans for effective student mobilization.

From the Big Ten Voting Challenge to Students Learning Students Vote, there are a growing number of efforts taking place around the country designed to support and encourage campuses with efforts to civically educate and engage their students. Much of their work is guided by civic engagement scholarship conducted by political scientists. These efforts also offer political scientists an opportunity to learn from and collaborate with on-the-ground practitioners from around their country. Workshop participants interested in learning more about regional and national efforts were led by Edie N. Goldenberg of the University of Michigan, Ann Arbor; Mike Burns of the Campus Vote Project, and Jennifer Domagal-Goldman of the ALL IN Campus Democracy Challenge. Participants came away with a better understanding of the student voter education and engagement landscape and were able to report back to their campus about such essential tools as the campus reports from the National Study of Learning Voting and Engagement and the “Strengthening American Democracy” action planning guide and rubric from Students Learn Students Vote.

Political scientists have played a vital role in these efforts – from incorporating evidence-based instructional techniques into their curriculum, providing leadership and expertise on their campuses and in engagement efforts beyond their campus, and rigorously assessing and studying the effectiveness of civic engagement efforts so as to inform future pedagogy and practice. This workshop served then as an opportunity not only to share the good work that has been done thus far but to advance and improve it as we look ahead to future elections.

Elizabeth C. Matto is an Associate Research Professor at Rutgers University’s Eagleton Institute of Politics and Director of the Institute’s Center for Youth Political Participation. She earned her doctorate in American Politics at the George Washington University. As director of the Center for Youth Political Participation, Matto leads research as well as educational and public service efforts to support the political learning and engagement of high school and college students and civic action among young adults. She edits the web-based companion to the American Political Science Association’s publications Teaching Civic Engagement: From Student to Active Citizen and Teaching Civic Engagement Across the Disciplines, a resource for educators who want to include political learning techniques into their curriculum. She also is the lead editor on the text Teaching Civic Engagement Across the Disciplines (2017). In 2016, Matto was awarded the Craig L. Brians Award for Excellence in Undergraduate Research & Mentorship by the American Political Science Association. In May of 2017, Matto was named APSA’s Member of the Month. She has served as co-chair of the program committee for APSA’s Teaching & Learning Conference and the Political Science Education division for the annual meeting of the American Political Science Association.