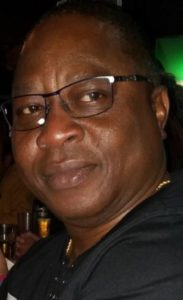 Events in the last decade have demonstrated the fragility of our democracy. Regardless what party is in power, there have been some very scary moments, which both the system and the process endured, albeit not without scars. Although it would be too farfetched to suggest at this point that the political system is dysfunctional, there are nevertheless telltale signs of political attitudes and pronouncements that bear eerie resemblance to some practices usually associated with undemocratic regimes. Without gainsaying, we are now at a point where it is increasingly becoming difficult to lecture other countries about the values and virtues of democracy without sounding hypocritical. For example, one of the criticisms commonly leveled against undemocratic regimes is that their electorate lacks the proper civic education and political awareness, both of which are hallmarks of a good democracy. An ‘educated’ electorate, we were told, is not only essential, but indispensable to a functional and vibrant democracy. In other words, an informed electorate makes for a better democracy. If educators wish to address ongoing threats to American democracy, we must advocate for more robust civic engagement programs on campus in order to foster an informed electorate.

If educators wish to address ongoing threats to American democracy, we must advocate for more robust civic engagement programs on campus in order to foster an informed electorate.

With that in mind, it is legitimate to ask to what extent ‘we the people’ are informed especially given the nature of some of the decisions that certain segments of the electorate have been making lately. A couple of years ago, while still a talk show host, Jay Leno had a segment tagged ‘Jaywalking.’ In one of the episodes, he randomly tested citizens on the street on their knowledge of the American political system. Some of the answers were unbelievably depressing to say the least and depicted in some cases utter ignorance of the political system. Some college-educated students could not identify the three branches of government while others could not name the Vice President. While this example may be an aberration, nonetheless, many college students—especially those not exposed to political science, history, or allied disciplines—have a dismal understanding of the political system and even much less of the process it entails.

The truth is our democracy may be losing the acuity that derives from having an informed citizenry. That alone is a potentially dangerous occurrence. This trend is further exacerbated by the proliferation of social media outlets where more often than not news items cannot be verified nor authenticated. Many students eventually get more of their civic engagement lessons from social media rather than from the classrooms where civic education rightfully belongs. Certainly, this does not bode well for our democracy because with social media, citizens tend to become more susceptible to conspiracies, unauthenticated ‘fake’ news sources, propaganda and sometimes outright falsehoods. When all of this is juxtaposed with the kind of apathy that college students have traditionally exhibited towards voting, the resultant effect potentially constitutes a grave threat to our democracy. The Founding Fathers may have seen this coming, hence, their hunch regarding the potential dangers of an uninformed electorate may not have missed the mark by that much. To be clear, given the direction of our current political discourse, the perversion of the will of the people as they rightly feared is not totally unfounded. The Constitution was the founders’ panacea for preempting these dangers as they reinforced our government (or so they thought) with numerous checks and balances. However, despite their best efforts to adorn our democracy with formidable political institutions, serious cracks have begun to appear in the wall. This was bound to happen. 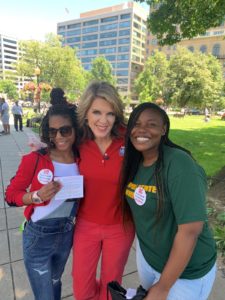 For many years, we have talked about the sacrosanct place civic engagement should occupy in our colleges and universities. While we continue to emphasize the necessity to develop a robust curriculum-based civic engagement initiative in higher education, the dividends have not matched the rhetoric. This is partly because there has been an overemphasis on market priorities and an underemphasis on longstanding civic commitments and the public good. As the American Association of Community Colleges (AACC) framed the issue, it should not be only about the economy; it should also be about ‘what American means to us, about our values, and about the future of our democracy’. This imbalance marks a troubling trend and is recognized as such by the Association of American Colleges and Universities (AAC&U) who devoted its 2012 Annual Meeting to a symposium titled “Reversing a Civic Recession: What Higher Education Can Do”. Also, to call attention to the dangers of this imbalance, the National Task Force on Civic Learning and Democratic Engagement issued a report in the same year calling on the nation to reclaim the civic mission of higher education. 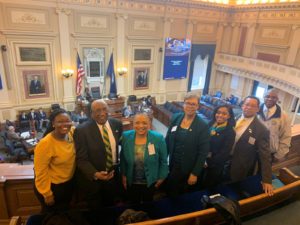 Be that as it may, the current trend seems to be changing for the better although the rescue seems to have come from outside the four walls of our classroom. Non-partisan civic organizations dedicated to increasing college student voter participation have mushroomed notably in the last decade. Their efforts complement what is currently being offered in classrooms and in some cases have proven to be more effective than the curriculum. One of the leaders in this endeavor is Students Learn Students Vote (SLSV). Founded in 2016, SLSV is a coalition of about 400 partners including non-profits, government entities, businesses, and student groups, working with almost 2,000 campuses in all 50 states. As a relatively well-funded organization, this coalition has been very efficient in getting college students civically engaged. Although there is still a long way to go, nevertheless, this clearly represents a giant step in the right direction. It might be too early to affirm the exact scope and impact of these measures, but there is already a clearly discernible and encouraging trend. This trend indicates a positive change in the attitude of college students regarding voting. According to Tisch College’s Institute for Democracy & Higher Education (IDHE) at Tufts University, starting from 2016 (the same year SLSV was founded), turnout among college student voters more than doubled from

the 2014 to 2018 midterm elections. The 2020 elections clearly show that this trend is not a fluke even though the numbers would not be final until all the results are certified. According to the New York Times, student voting surged despite the pandemic and efforts to suppress it. Indeed, more than any other group, young and first-time voters, many of which are college students were pivotal in deciding the winner in key battleground states of Wisconsin, Michigan, Pennsylvania, and potentially in Nevada and Georgia. Also, given the consistency we have witnessed in the last few years, conventional wisdom indicates that this trend will continue. It would be hardly surprising if in a decade or two from now, young voters become the most sought after voting bloc perhaps even more than senior citizens especially if their voting habit becomes more and more reliable as current trend implies. To this end, in my opinion, colleges and universities should seek to institutionalize relationships with some of these civic organizations in an effort to correct the imbalance and reverse the civic recession that has plagued their institutions until now.

Dr. Olusoji Akomolafe is Professor and Chair of the Department of Political Science at Norfolk State University where he is also the Executive Director of the Center for African American Policy (CAAmPP). He obtained his doctorate from the University of Bordeaux, France. He currently serves on the Advisory Board of Students Learn Students Vote (SLSV).

Share Your Research on Black Lives Matter, REP, and the Politics of Protest