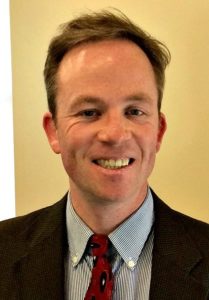 During presidential election years, the public’s attention is often dominated by the presidential candidates, and we tend to ignore many of the other candidates on the ballot. The 2018 election had the highest general election turnout of any midterm election year in over a century. Yet fewer than 20% of voters cast votes in the 2018 primaries. In an era of increasing political polarization, choosing party nominees for offices other than the presidency is an important responsibility for all voters. Before casting your vote, it is important to know how these primaries work and what to expect at the ballot box.

First, consider a few facts about the other primaries that will be on the ballot. Every state creates its own laws about when to hold state primaries—that is, primaries for everything other than the presidency. State primaries are held for the purpose of determining who will appear on the general election ballot. Presidential primaries are administered by the states, and they are held for the purpose of electing delegates to attend the party conventions. In 2020, all US House nominations, one-third of the Senate nominations, and 11 states’ gubernatorial nominations will appear on the ballot, as well as many other state races. Most, but not all, municipal elections are held at different times of the year.

To make matters more complicated, 17 states and the District of Columbia hold their presidential primaries on the same date as their state primaries; these are called concurrent primaries.

These variations can influence how many people vote in primaries, and how much primary voters know about the candidates. Turnout in concurrent primaries can often be much higher than turnout in nonconcurrent primaries, depending on whether the presidential primary is competitive. The trade-off, however, is that many of the voters who show up to vote in concurrent primaries may be drawn there by the presidential primary and may not know very much about the other candidates on the ballot. In my work on the 2016 primaries, I argued that some of the Republican candidates in concurrent primary states such as Alabama had difficulty drawing attention to their campaigns because of the presidential race, and as a consequence, incumbents (who had greater name recognition than their opponents) had an easier time winning re-nomination than they would have otherwise. It has also been argued that the high African American voter turnout in 2008, when Barack Obama was seeking the nomination, helped other African American candidates further down the ballot.

As the above examples show, the timing of primaries also varies significantly. The first state primaries are in March, and the latest are in September. Political insiders have many beliefs about the consequences of these differences. Some argue that early primaries tend to help parties elect their preferred candidates because it is harder for other candidates to get the attention of voters. Others contend that summer primaries tend to result in lower turnout, because voters may be on vacation. And still more assert that late primaries can pose a problem for the parties because there is less time to come together after a divisive primary contest. There is little evidence to support any such theories, but primary dates are sometimes moved around because of such beliefs.

Finally, the rules about who can vote in primaries vary across states. In what are known as closed primaries, voters must formally register as a member of a party in order to receive a primary ballot. In open primaries, voters do not have to register as a member of either party; their choice of which party’s primary candidate to vote for is confidential (although they cannot, of course, vote in more than one party’s primary for the same office). Many Southern states hold runoffs if no candidate receives more than 50% of the vote in his or her primary race. California and Washington hold primaries in which candidates of all parties appear on the ballot, and the top two finishers—regardless of what party they belong to—then appear on the general election ballot. Louisiana holds a “jungle primary” on the same day as the general election—candidates from all parties appear on the same ballot, and if no candidate receives more than 50% of the vote, the top two candidates face each other in a runoff on the first Tuesday of December.

States tend to justify these choices in different ways. Separating state and presidential primaries may allow voters to pay more attention to nonpresidential candidates. On the other hand, it is more costly for states to conduct two elections. Open and top two primaries can enable candidates to reach out to voters who are not members of their party; however, there is the potential that this can result in parties nominating candidates that most people in the party do not support.

These variations are therefore important to the parties and the candidates as they plan their strategies. They are important for voters, as well. In 2020, Democrats will seek to hold on to the gains they made in the House in 2018, and the margin of Republican control of the Senate will likely continue to be narrow. Party control of state governments will also matter substantially because of the redistricting that will follow the 2020 election. The outcomes of the 2020 state primaries, then, matter a great deal.

It is important to know, of course, which candidates will appear on the ballot and to gather information about them. It is good to know in advance whether you will have to register as a member of a particular party, and to decide which party you would like to join if that is the case. For college students, knowing the date of the primary can also determine which state you will vote in. Florida, for instance, holds its state primary in August, so students who attend college in Florida but live elsewhere during the summer will need to determine where to vote. As we have seen during the Trump and Obama presidencies, there is much Congress can do to advance or hinder the president’s agenda, and there will be important choices in both parties’ congressional primaries that will determine the direction the parties will take over the upcoming years.

Robert G. Boatright is a professor of political science at Clark University and the director of research at the National Institute for Civil Discourse.